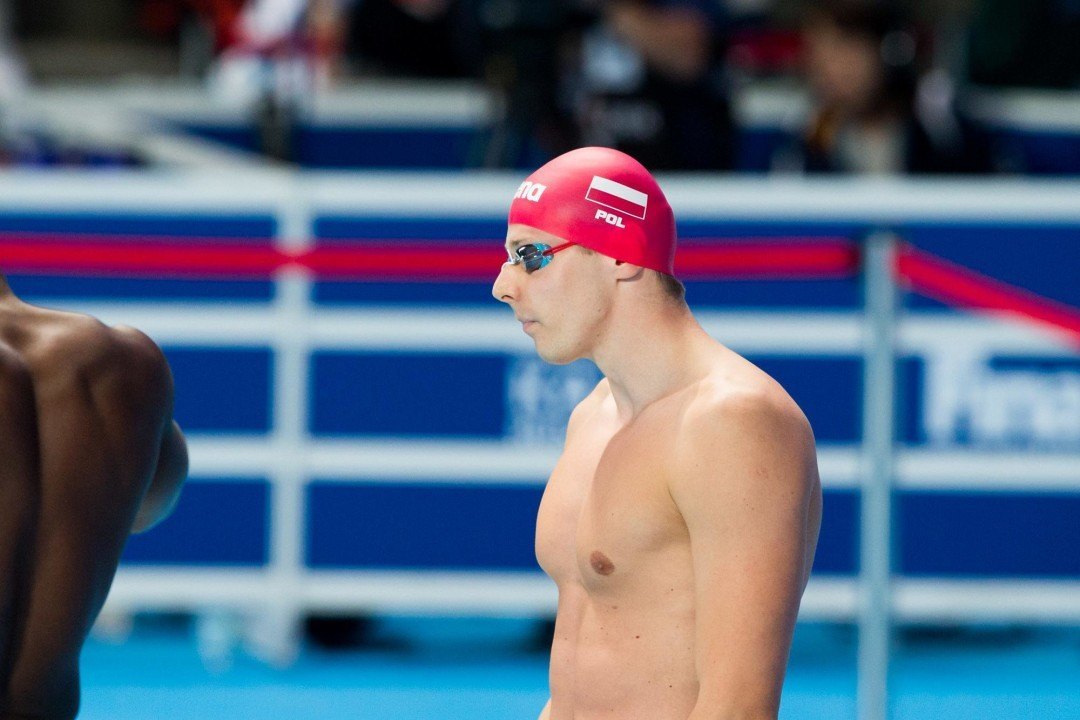 Konrad Czerniak from Poland was unable to compete in yesterday's 100m freestyle due to a 'clerical error' by his nation's swimming federation. Current photo via Tim Binning/TheSwimPictures.com

Despite appearing on the official FINA entry lists in the men’s 100m freestyle for the 2016 Olympic Games, Polish swimmer Konrad Czerniak found himself unable to compete in yesterday’s heats of the event due to what’s being called a ‘clerical error.’

The 50m butterfly bronze medalist at the 2015 World Championships was slated to swim the men’s 100m freestyle prelims, having been entered with a time of 48.56, but he was told just minutes before racing that his federation had failed to properly register him for the race.

Without specific details yet being revealed, the error is being chalked up to ‘officials forgetting to fill out the paperwork’. Czerniak is still able to swim the men’s 100m butterfly event, a race in which he earned a silver medal at this year’s European Championships.

“I have been training swimming for 20 years, I represent Poland and I have dedicated almost all of my life to compete with the best. My chance of taking part in the Olympics was snatched away from me due to an ‘oversight’, a ‘mistake’ by the Polish Swimming Federation.”

Welp. RIP polish swimming. its really embarassing what they are doing

how an athlete can be clear for one race and not another is beurocracy bullcrap red tape nonsense at it’s worst. shame on polish federation, shame on fina, shame on ioc.