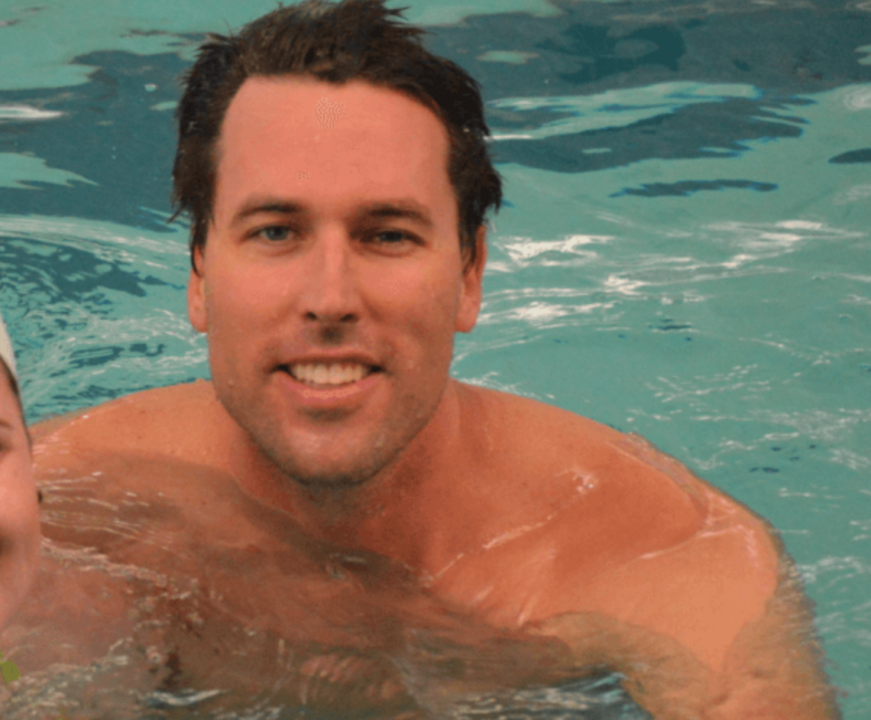 A video posted to Twitter appears to show Olympian Klete Keller among the protestors inside the U.S. Capitol Rotunda during the insurrection last Wednesday.

On night two of finals at the 2022 Atlanta Classic, Mabel Zavaros took on a tough 200 fly/400 free double and won both events.

What was the One Time Ryan Lochte Was Nervous Before a Race?

Since Childhood, 12x Olympic medalist and SPIRE Ambassador Ryan Lochte was never nervous before his races… except for one

Mestre’s previous best time was a 1:49.84 from last year, over a second slower than the time he swam today to win the men’s 200 free.

Ryan Lochte Describes the Moment He Achieved His Lifelong Goal

Watch Ryan Lochte earn his first individual Olympic gold medal in the 200 back, topping Aaron Peirsol and breaking the world record in the process.

On Wednesday, January 6th, a group of pro-Trump supporters led an insurrection on the U.S. Capitol just before Congress was able to vote on certifying the 2020 presidential election results. These results named Joe Biden and Kamala Harris as the President-elect and Vice President-elect of the United States, respectively.

Among the many videos of the riot that were posted to social media is one of police trying to clear the U.S. Capitol Rotunda. This footage was taken by Townhall reporter Julio Rosas.

A tall man in that video can be seen wearing a US Olympic Team jacket as police attempt to clear the Rotunda. At least a dozen people within the sport have identified that individual to SwimSwam as the 6’6” Olympic gold medalist Klete Keller after reviewing the video and screenshots.

In the video, the man that appears to be Keller can be seen with his back to police and his arms at his side as the officers move the crowd towards the exits.

Trump supporters fought back after Capitol Police moved in to retake the Rotunda. pic.twitter.com/4e7mNyqWZy

In another video by the same reporter, Keller can be seen standing calmly in the Rotunda holding a bottle of water.

Since the election results were first announced in early November, they have been contested by the sitting President, Donald Trump, and his supporters in Congress and throughout the country. On Wednesday, congressional Republicans issued their final challenges to the Electoral College votes. Then, Congress was set to count and confirm the Electoral College votes of each state, thereby rubber-stamping the results and setting accusations of election fraud to rest.

However, around 2 pm, before Congressional voting could take place, the mob breached the Capitol building. The U.S. Capitol Police described the chaos that ensued in a press release the next day:“These individuals actively attacked United States Capitol Police Officers and other uniformed law enforcement officers with metal pipes, discharged chemical irritants, and took up other weapons against our officers. They were determined to enter into the Capitol Building by causing great damage.”

The violence resulted in five deaths, including the death of Capitol Police officer Brian Sicknick who was reportedly “injured while physically engaging with protesters.” Four rioters died as well, one of whom was shot by Capitol Police as she tried to climb through a broken window. Members of Congress were evacuated from the most vulnerable areas of the building, and many were ordered to shelter in place in the House Chamber for hours while the Capitol Police struggled with the rioters.

Keller has deleted all of his social media accounts, but prior to their deletion, he was an outspoken supporter of President Trump.

Keller attended USC in 2000 and 2001 before he left to focus on swimming. He then trained under head coach Bob Bowman and former head coach Jon Urbanchek at Club Wolverine and the University of Michigan in Ann Arbor before returning to USC in 2007 to finish his bachelor’s degree in Science and Public Policy. He finished his collegiate career under USC and Trojan Swim Club head coach Dave Salo.

Post-college, Keller now works as an independent contractor for the Colorado and Ohio-based real estate agency Hoff and Leigh where he “spends his time advising industrial landlords and sellers on maximizing the value of their industrial asset.” On Monday morning, SwimSwam called Hoff and Leigh to verify Keller’s employment there. They responded that he was a current employee, and they seemed unaware of the Capitol video or of Keller’s possible involvement in the riot.

Update: On Tuesday afternoon, Hoff and Leigh released a statement saying that Keller is no longer with the company and has resigned. “Hoff & Leigh supports the right of free speech and lawful protest,” the company wrote. “But we cannot condone actions that violate the rule of law.”

“We pride ourselves on our deeply held core values of family, loyalty, community and stewardship. We continue to stand by these values.”

Keller has won a total of 5 Olympic medals over the course of 3 Olympic Games at which he represented Team USA:

Keller struggled to adjust to post-Olympic life after 2008. He told the Olympic Channel podcast how swimming had set high expectations for his success which backfired in the work setting as it caused frustration. He explained how his past victories in the pool also made him feel “entitled” at first.

“I’ll be honest I wasn’t a good employee…for the longest time because I expected it all to come to me as easily as swimming did,” Keller said. “Once things started going south…I lost that enthusiasm.”

This struggle spiraled into all aspects of his life, culminating in the “reality check” which he pinpointed as the day he became homeless. In 2014, he and his wife got divorced, after which he lived out of his car for about 10 months. In an interview with USA Swimming, Keller explained that he did not have visitation rights to see his children for 4 years.

He described the reality behind what seemed like a sharp turn in his life. “It’s a slow leadup of shirking responsibility, and just letting the little things slide every day…it eventually builds a critical mass and once that critical mass is built it’s that last final straw that breaks the camel’s back,” Keller told the Olympic Channel. He detailed his outlook on life getting “lower and lower.”

Keller then talked about his gradual comeback after receiving “love and acceptance from his family,” specifically his sister and 2004 Olympian Kalyn Keller who took him in. He worked through this time by teaching swim lessons and running swim clinics.

He is most notably remembered in the pool for anchoring the 800 free relay at the 2004 Olympics where he went head-to-head with Australia’s Ian Thorpe, ultimately fending him off by .13 seconds and earning Team USA a gold medal.

Across the country, people are demanding accountability for the rioters’ insurrection on a building that is such a distinctive symbol of American democracy – where our laws are created and where presidential inaugurations take place. No known arrests were reported on-site, however, the FBI is carrying out an ongoing investigation which took to Twitter on Thursday to help them identify individuals who “unlawfully entered the U.S. Capitol on January 6.” The New York Times reported that “dozens have been charged” since then, and the FBI has received over 40,000 tips in photos and videos alone. Tips submitted over the phone were not included in that number.

According to the Washington Post, the rioters who breached the Capitol can be charged with multiple crimes including seditious conspiracy (the law states that this includes anyone who attempts “to prevent, hinder, or delay the execution of any law of the United States, or by force to seize, take, or possess, any property of the United States contrary to the authority of”), unlawful entry, damaging federal property, and terrorism (due to pipe bombs found at the scene.)

Members of Congress, including Speaker Nancy Pelosi, place accountability with President Trump as well. Pelosi has called for President Trump’s impeachment due to remarks he made the morning of January 6 in a video he posted to social media. He told rioters, “We love you, you’re very special,” while also telling them to leave the Capitol. Trump has yet to face those legal and political charges, but social media platforms including Instagram, Facebook, and Twitter have suspended his accounts. Twitter argued they took this action “due to the risk of further incitement of violence.”

Ultimately, the attempt to hinder the certification of the Electoral College votes was unsuccessful. At 6 pm, Washington D.C. Mayor Muriel Bowser ordered a citywide curfew enforced by police in riot gear and the National Guard. They were able to move the mob away from the building, allowing business to resume in the Capitol that evening. Both sides of the bipartisan system denounced the violence. 15 hours after the mob breached the Capitol, at about 3:30 am, it was official – the election results were certified.

How ironic that the Capitol riot is turning the definition of Trump follower into “loser”. Yes, a harsh term, but one that refers to people who are lost and unable to find themselves. Keller obviously couldn’t find a new goal or know how to pursue it. For him, swimming, with its ready coaching and narrow goals, became a crutch for addressing the question of how to use his life. The unifying theme of these Capitol rioters seems to people with no prospects looking for more meaning in life.

So this Klete Keller dude goes through a bad divorce, loses visitation rights to his children (so clearly he was up to something not terribly honorable if a judge takes away visitation rights), and then storms the capital and is charged with three counts relating to obstructing law enforcement, entering a restricted building without permission and “violent entry and disorderly conduct on Capitol grounds,”….so yeah, really sounds like being a Trump supporter (and Republican) is working out really well for him.

Wow, from an Olympian to domestic terrorist, that’s quite a career change!

Always when someone hurts you, think quickly what good you can do to that person.

That is Christianity. Nothing less.

On the evening of that first day of the week, when the doors were locked, where the disciples were, for fear of the Jews, Jesus came and stood in their midst and said to them, “Peace be with you.” When he had said this, he showed them his hands and his side. The disciples rejoiced when they saw the Lord.

Early in the morning Jesus arrived again in the temple area, and all the people started coming to him, and he sat down and taught them. Then the scribes and the Pharisees brought a woman who had been caught in adultery and made her stand in the middle. They said to him, “Teacher, this woman was caught in the very act of committing adultery. Now in the law, Moses commanded us to stone such women. So what do you say?” They said this to test him, so that they could have some charge to bring against him. Jesus bent down and began to write on the ground with his finger. But when they continued asking him, he straightened up and… Read more »

Someday believers and followers will know what it is that Jesus wrote in the ground with his finger.

Given the content of the story, the headline photo of this man should really be a mugshot of him, not that of a golden white boy.