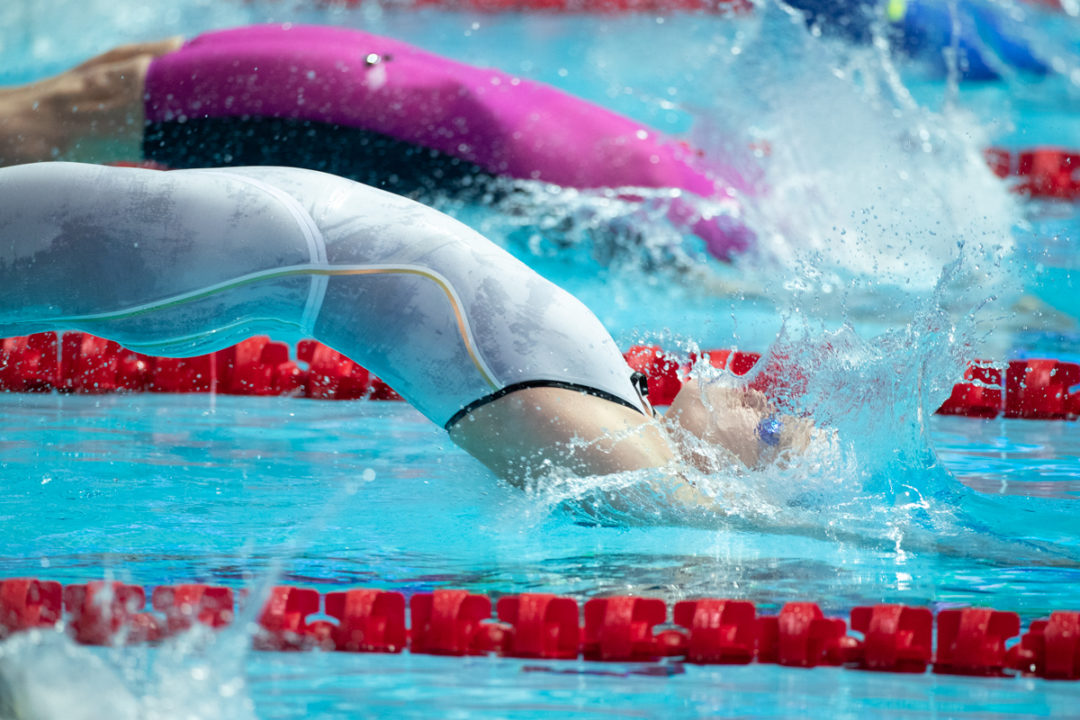 Olivia Smoliga set a new American Record en route to winning gold in the final of the women's 50 back, clocking a time of 27.33. Current photo via “Rafael/Domeyko Photography”

24-year-old Olivia Smoliga set a new American Record in the final of the women’s 50 back during day five action at the 2019 World Championships, winning the gold medal in a time of 27.33.

Smoliga’s swim lowers her previous mark of 27.43, set at last year’s Pro Swim Series stop in Mesa during the third and final round of the 50m shootouts they were contesting there. Prior to that, the record belonged to Kathleen Baker who went 27.48 at the 2017 World Championships.

Baker was the top qualifier out of the semis here in Gwangju in 27.62, but all eight qualifiers for the final were separated by just 0.17 and it was going to be anyone’s race. Smoliga used a superb start and finish to get the job done, with 2015 champion Etiene Medeiros claiming silver in 27.44 and Russian Daria Vaskina the bronze in 27.51.

The swim for Smoliga bumps her up from 12th to 10th all-time in the event, and makes her the first American champion in the event since 2009. It was also the 24th fastest swim in history.

This is the Glenview, Illinois native’s first individual LC World Championship gold medal, previously winning gold in two relays in Budapest and then bronze earlier in this competition in the 100 back. Also a 2016 Olympic gold medalist from the prelim medley relay in Rio, Smoliga set an all-time record with eight gold medals at the Short Course World Championships last December.

Seems like such a gentle soul in interviews, but a true monster in the pool.

she has both indeed – such a young Class act

Smoliga looking so icy with that new hardware and that suit