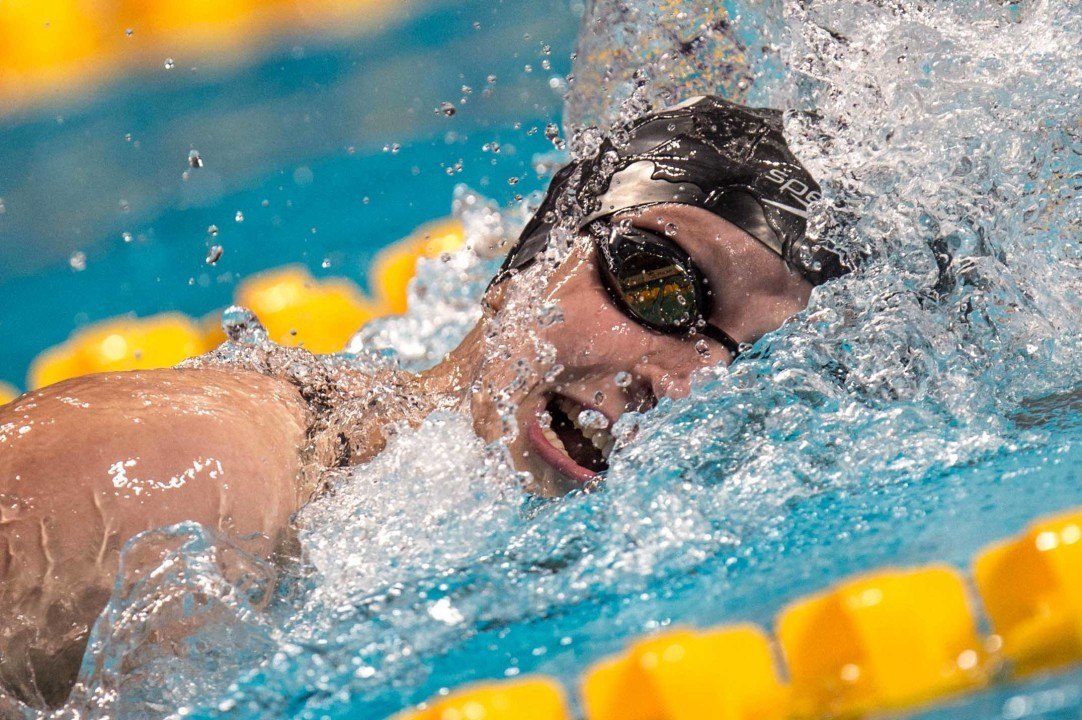 Here is a recap of the day 4 final events with results available online.

Katie Ledecky started the last night of finals at the NCAP Invitational with an astonishing swim in the girls open 1000-yard free. She touched the pads in a new American Record time of 8:59.65, being the first woman to ever break the 9 minute barrier in this event. Her time shattered the previous American record that belonged to Katie Hoff, a time of 9:10.77, done in 2007. For the boys open event, it was a race to the finish for Matthew Hirschberger and Andrew Gemmell when they clocked in at 9:01.31 and 9:01.59 respectively.

Megan Lynch claimed another victory for the meet, winning in the gils 11-12 100-yard IM in 59.22, and National Age Group Record Holder Brett Feyerick also won another event finishing the boys 11-12 event in 55.37, almost 5 seconds ahead of the field.

Katie Ledecky’s swim is just pure logic.
She has just finally put the 1000 free record in SCY at about, and still a little bit weaker in my opinion, the same level as her 800 free world record in long course.

Always put the things in perspective.
That’s pure logic.
I’m still more impressed by her 800 free world record which is at a higher level in my opinion. And it’s long course.
But she was fully tapered at world… Read more »

wow! maybe they should have mixed races as they do for masters meets, with men competing in the same heats as women. Katie would still have won the 1000. Would that be FINA-sanctioned?