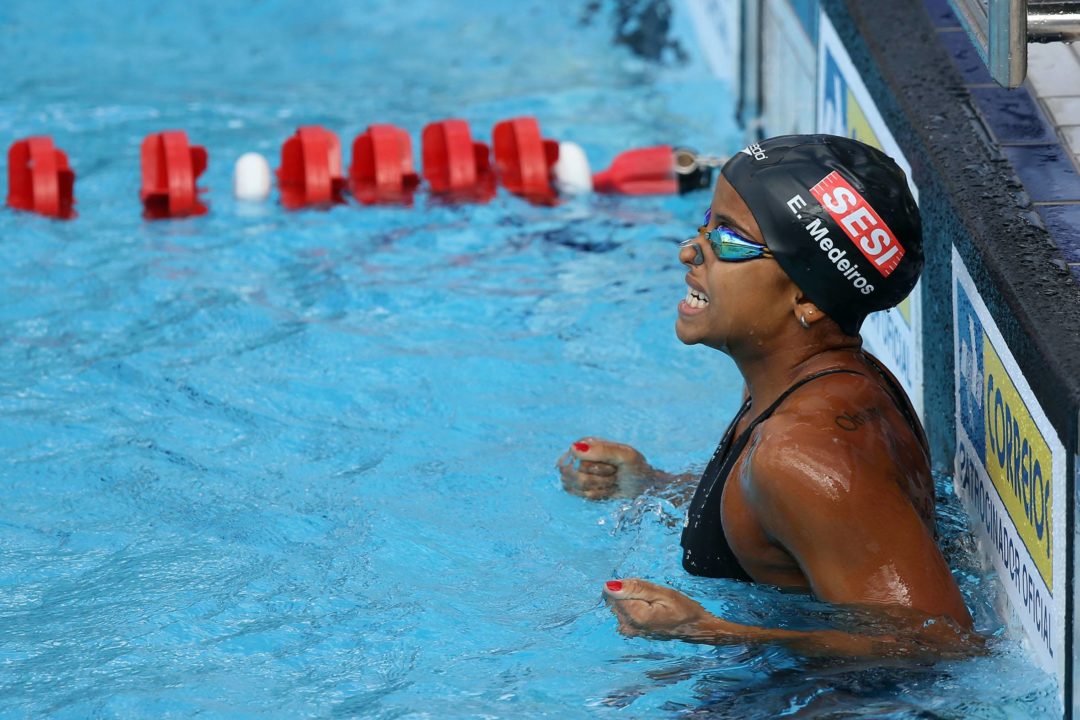 The 2016 Maria Lenk Trophy meet, that is serving as the official test event for the 2016 olympics, became tonight in Rio. Day 1 of the meet was filled with a number of fast swims and FINA A cut qualification times.

In the women’s 100m fly, the top 3 finishers Daiene Dias, Daynara Ferreira and Katarina Listopadova of Slovakia all finished under the FINA A cut qualifying time (58.74), touching in 58.07, 58.38 and 58.71 respectively. Dias and Ferreira both earned their spot on the Brazil Olympic team after none of their country mates swam the A cut at the Brazil Open.

In the men’s 400 free, no swimmers went under the FINA A cut, leaving the sole qualifier to be Luis Melo, who won the Brazil Open in 3:50.32.