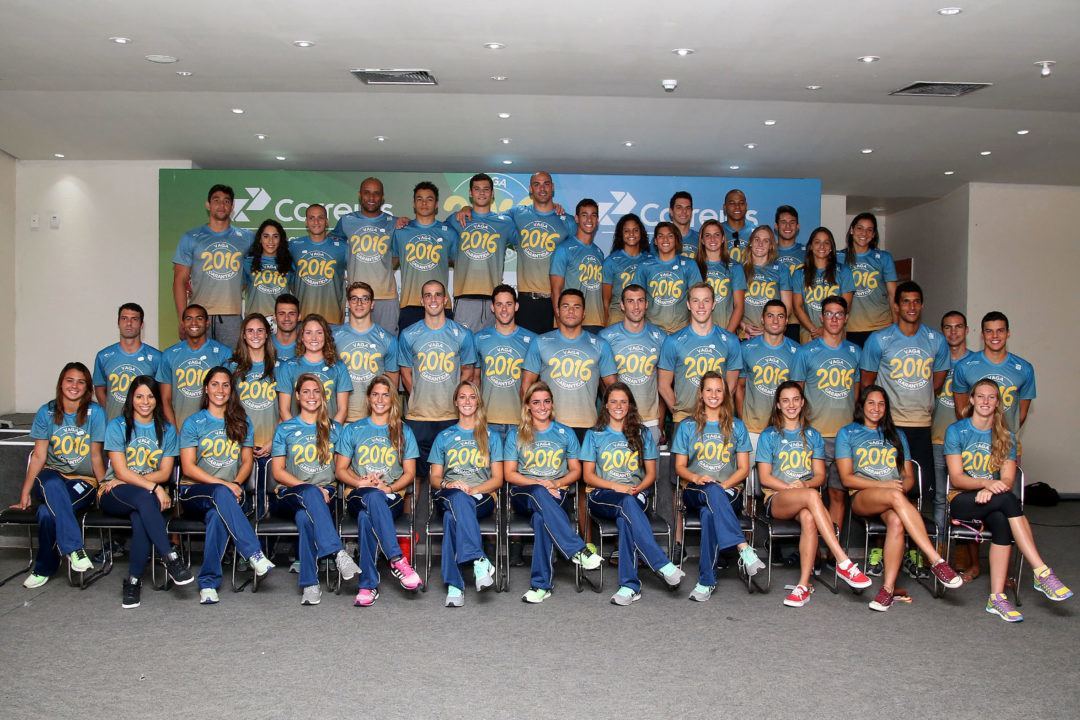 The host nation of Brazil announced their largest Olympic swimming team ever today.  Twenty men and nine women will represent the country at this summer’s Rio Games, the country’s largest team ever.

Three-time Olympian Thiago Pereira headlines the list.  He won the silver medal in the 400m IM in 2012 behind Ryan Lochte, beating out the world record holder Michael Phelps in that swim.  However, Pereira will not compete in that event this summer, instead focusing on the shorter 200 IM.

Other prominent names on the men’s roster will include sprint freestyle Bruno Fratus, who won bronze in the 50m free in Kazan last summer, NCAA stars Marcelo Chierighini and João de Lucca, and 2015 World University Games gold medalist Henrique Martins.  The men will be swimming the 4×100 free and 4×100 medley relays.

The women’s roster more than doubled in size from 2012, from four to nine.  Joanna Maranhão will also be swimming in her fourth Olympics, representing Brazil in both individual medley events.  Kazan 50m backstroke silver medalist Etiene Medeiros is entered in four events, including both sprint freestyles, the 100m back, and the 4x100m free relay.

World record holder Cesar Cielo failed to qualify for the team.  While a few names may still be added to the roster to fill out relays, Cielo only finished 7th in the 100 free, ending any hope he had of making this summer’s team.

Also fratus has been 21,37 last year
So why is he behind adrian mcevoy dressel? And in this point i would expect more from the medley than from the free relay.

The women’s have a chance of two finals with 4x200free and 4x100free.It will be quite the deed if they do that.

You’re going to rule out a 59.0 breaststroker dropping a little more time or Pereira giving Lochte a run in the IM?

If the 59.0 breastsroker drops more time at the age of 30 having just recently finished serving his ban, it will be another “miracle” and you may want to check his medical cabinet.

On the women’s side, USA, AUS, China, Sweden, Holland, Italy, Canada, Russia (I guess they’re competing?) have better times. Brazil would have to have 4 best swims to qualify for the final. In the 4×100 I think they have a better chance, but no better than 7th place. I think if they have a number of swimmers who can… Read more »

Some changes will be made after may when fina defines the relay. The 4×200 will surely qualify so they will add one more swimmer as the 3Rd swimmer is altamir who is on the team. Also Gabriel Santos will be the alternate for the 4×100 relay. Women medley may go after fina definition