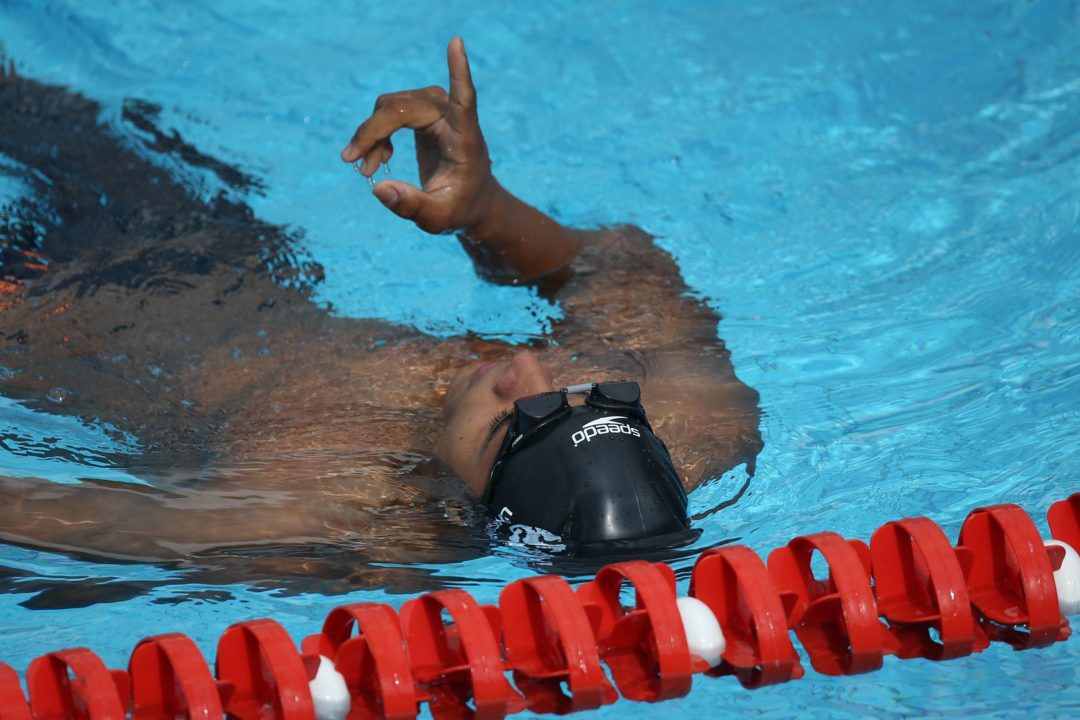 The upcoming annual Maria Lenk Trophy meet will serve as the official test meet for the 2016 Olympic Games. The meet will run from April 15-April 20 2016, at the 2016 Olympic Aquatic Stadium in Rio. This year, the meet will be open to foreigners and is set to have a lot of foreign media coverage.

For the Brazilians, this meet counts as a qualification event to make the Brazil Olympic team. With the release of the start list we see that Thiago Pereira is not entered in the 400 IM, an event that he has won at this meet for the past 13 years. He was also runner up in this event at the 2012 Olympics in London, so it’s a shock that he is not entered in this event. For this meet, Pereira is entered in the 100 and 200 free, 100 butterfly, 200 breast and 200 IM. From the start list we also see that Cesar Cielo will be competing in the 100 free, giving himself another shot at the olympic team, 2 days before the 50 free, which he will swim on the final day of competition.

International swimmers to look out for this meet include Santo Condorelli, who won silver at the 2015 Pan American games and placed 4th at the 2015 World Championships in the 100 free. This meet, the Canadian based swimmer; Condorelli, will compete in the 50 and 100 free, as well as the 100 butterfly. Another sprinter will be in attendance, Finnish national record holder Ari Pekka Liukonen, who will compete in the 50 and 100 freestyle.

Here is a link to some photos of the venue a few days before competition (courtesy Best Swimming).

Ddias he is probably betting on it
Guido went 53,40 with a full beard he can go 52 now . Martins might go 51 and franca sub 59. Difficult but not impossible. Pereira would want at least a prelim swim.

Pereira feels he’s too old to swim the 400 IM at olympic games?

Nobody talks about him for the 200 IM podium. Everybody picks Michael Phelps, Ryan Lochte and Kosuke Hagino.
If one guy can remove one of the 3 big names from the medals, that’s Pereira. I presume that’s his last season like Cielo and I can’t imagine both veterans will not peak at home for their last olympic games.

Bobo,
I thought Pereira thinks Brazil has some outside chance in medley relay, because he is swimming 100 fly, the weakest stroke right now for Brazil.

Bad Anon, there are many 49-meter pools in the world right now. 🙂

Pools are never fast, it’s the swimmers who swim fast. The illusion of Olympic pools being fast is that swimmers are peaked and tapered for those meets, period!

You obviously have never been to my local pool.

While there is no question that fast swimmers can make a bad look appear fast some pools are better designed than others for maximizing fast times.

DDias, how is Cielo’s fitness and health? 100pct? Do you think he can qualify?

The pool is ready? Fast pool?

About Cielo:
A week ago, he made 22.28 in 50 free.If that time was totally without rest, it was a huge time.Cielo reacts very well to a bit of rest.But looking at his recent pictures, he looks like without much muscle mass.In 50 free, one slot is for Fratus.If Cielo does at least 21.70, I thought will be hard to anyone beat him.Personally, I am hoping for him to earn a spot in 4x100free.He has a mythical effect around his peers, with him closing, the medal chances rises a lot.