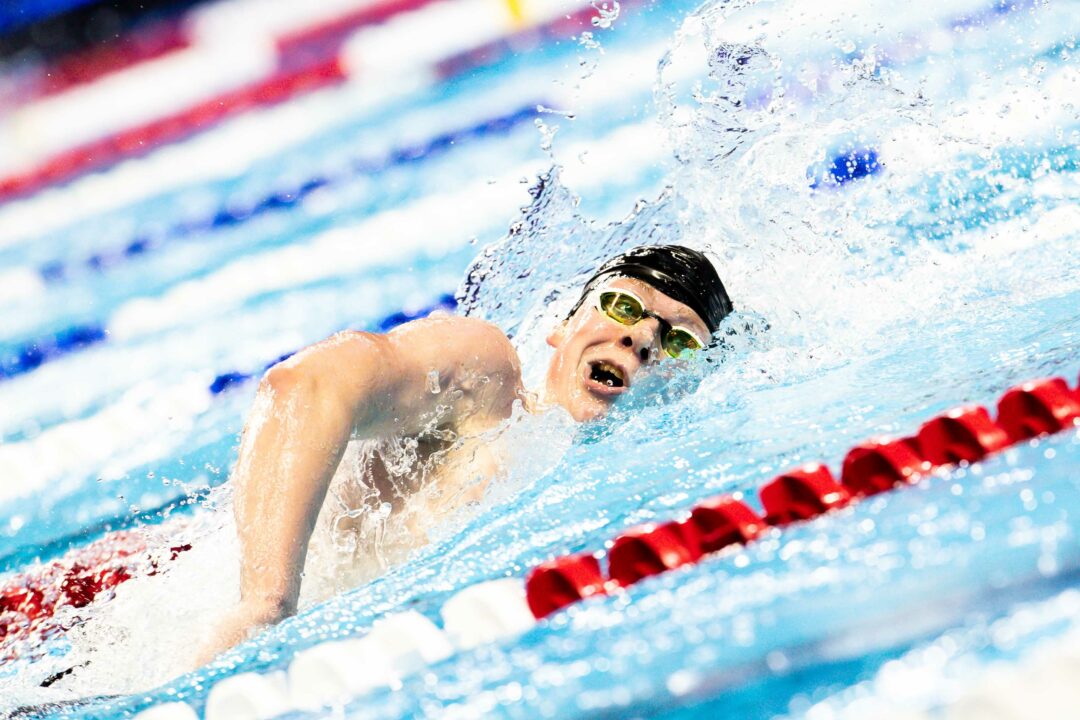 NC State swimmers nearly swept the final day of competition in Cary, while SwimMAC emerged with combined team title for the meet.

The NC State Wolfpack once again won the lion’s share of events on the final night of the Southern Sectional meet in Cary, NC, continuing a trend we’ve seen all week.

Katharine Berkoff got the Wolfpack going with a 55.68 win in the 100 free; that   appears to be tied her 3rd-fastest swim ever in the event. While Berkoff is primarily known as a backstroker, she’s also been a mainstay of NC State’s sprint free relays during college competition. This event had a particularly-strong NC State bent, as NC State (Wolfpack Elite) swimmers took six of the top eight spots.

The only women’s event that didn’t go to a current NC State swimmer was the 1500. That race went to Emma Hastings of East Carolina Aquatics, who won by over 50 seconds in 16:55.06. And while Hastings isn’t a current member of the Wolfpack, she’s actually only a few week shy from joining NC State’s freshman class.

On the men’s side, we had a Battle of the Noahs for the second night in a row. Tonight, Noah Bowers touched out his NC State teammate Noah Henderson, 49.74 to 49.99. Today marked the first time Bowers had ever been under 50.60, and it was also his 3rd win of the meet, to go along with the 200 fly and 200 free. It was also a personal best for Henderson by 0.08s.

Lakeside’s Will Scholtz picked up the only men’s individual event win of the day that didn’t go to a member of the Wolfpack. The Texas commit won the 200 breast in 2:17.58, a day after earning 2nd in the 100 breast.

While NC State/Wolfpack Elite took most of the first place finishes, SwimMAC’s depth was on display as they topped the combined standings for the week