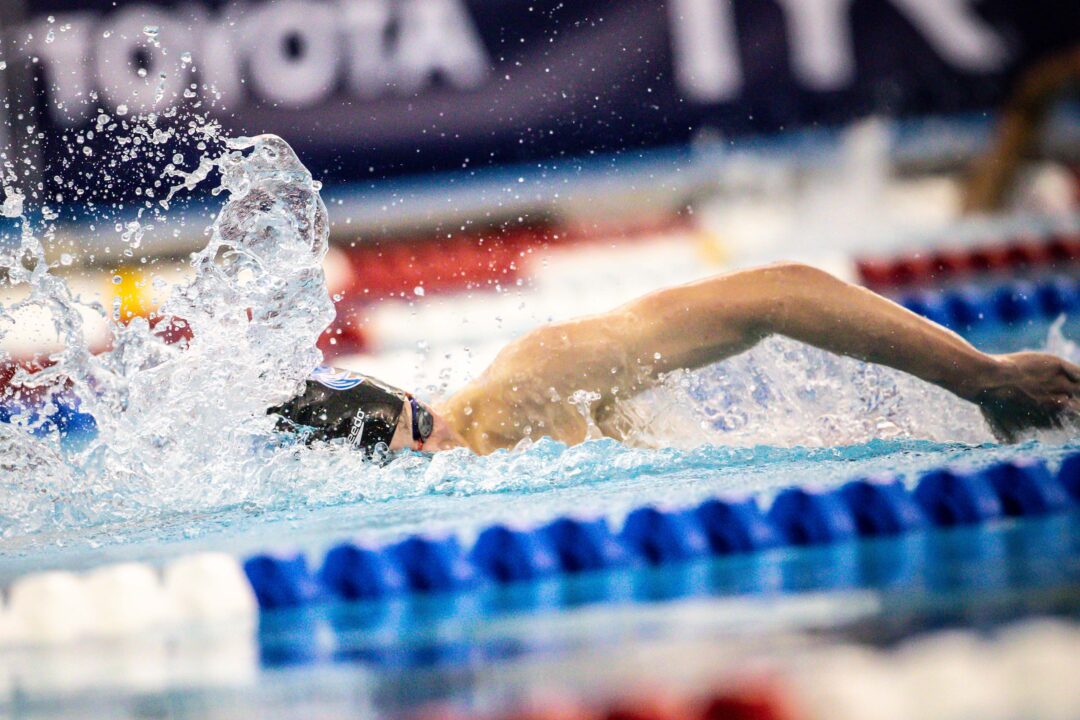 Commonwealth Swimming’s Natalie Mannion, a member of the U.S. Junior Pan Pacs team in the 200 back, won the women’s 200 back on the final night of the NE Senior Championships. Mannion swam a 2:14.38 en route to victory, a time which comes in well off her personal best of 2:10.81, which she swam at the U.S. International Team Trials in April.

In the men’s 800 free, Bluefish Swim Club’s Josh Parent (17) and Alex Parent (15) went 1-2. Josh won the race handily, swimming an 8:15.89. That was a so-so swim for the 17-year-old, coming in over 7 seconds off his personal best of 8:08.13. Of course, this isn’t Parent’s peak meet this summer. He’s on the Junior Pan Pacs team in the 800 free, and it wouldn’t be surprising if we see him racing at either the upcoming U.S. Summer Junior Nationals or Nationals as well.

For the younger Parent, however, the swim marks a new personal best. Alex took 2nd in 8:27.30, taking 2.28 seconds off his previous best, which he had established at the end of May.

The women’s 200 IM was taken by Bluefish 17-year-old Aislin Farris with a time of 2:18.90. That swim marks a personal best for Farris, albeit slightly, chipping 0.03 seconds off her previous best.