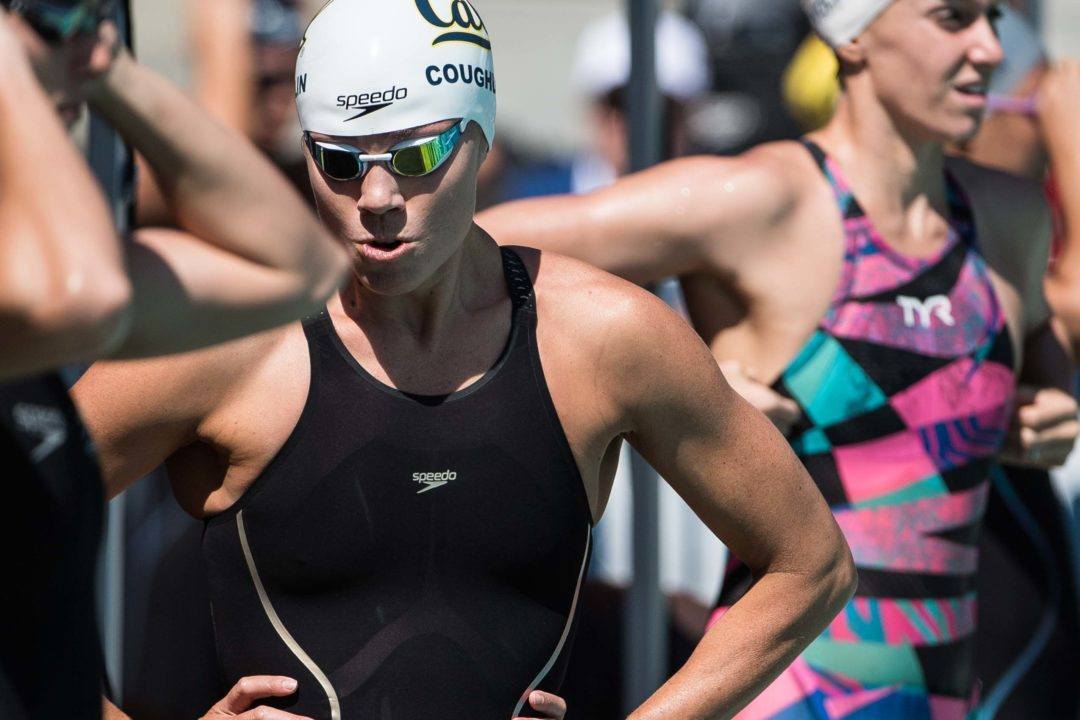 Now that the first season of ISL Competition is over, does Natalie Coughlin think that she could potentially be back for a 2nd? Current photo via Mike Lewis/Ola Vista Photography

Beryl Gastaldello earned her second win of the day, just touching out teammate Kathleen Baker, 26.18 to 26.21, as the Current went 1-2. Olivia Smoliga was just over a tenth behind, taking 3rd in 26.32 for the Condors.

Cali’s Smoliga was undefeated in Group A, but LA’s Gastaldello only lost Group B meets to European teams. Her 26.18 should be a U.S. Open record, and was faster than anyone in the ISL this year beside’s London’s Atherton and Barratt. Team points are brutally close, with just a half-point between LA and Cali. The relay DQ for the Current is proving very key – they’d have a solid lead had that relay stayed legal. The Breakers continue to generally outperform DC, and they’re going to be in the hunt for a third-place finish, which would be their best finish of the series.

Is she planning on swimming at OLY trials??

Surely she makes an Olympic comeback!

In totality of her comments this weekend…I don’t feel too confident that she’ll race in Omaha. But she didn’t explicitly rule it out, either!