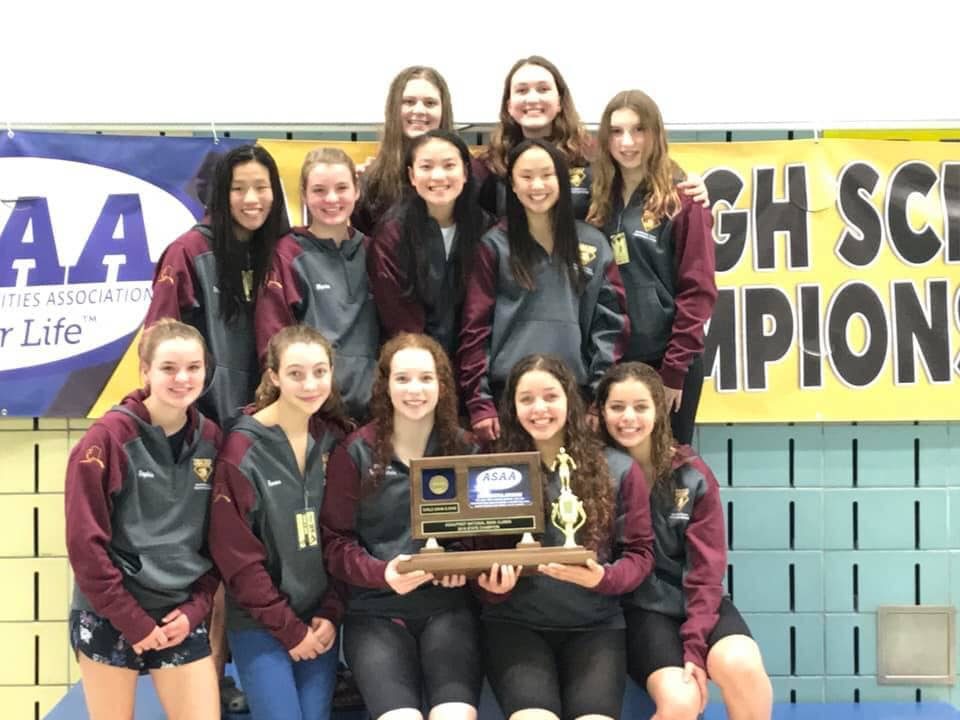 It has been an emotional year for the girls’ swimming & diving team at Dimond High School in Anchorage, with the program becoming a source of national attention over a swimmer’s suit, but the season ended on a high note last weekend when they won the Alaska High School State Championship for the 5th-straight season.

They were joined in the winners’ circle by the boys of Robert Service High School, which also defended their title.

Led by sisters Breckynn Willis and Dreamer Kowatch, who were at the center of the aforementioned controversy, Dimond High School stacked and swept the 200 free relays in finals of the meet.

The lone double winner individually on the girls’ side of the meet was McKenzie Fazio from Eagle River High School, who ran away with titles in both the 200 free (1:53.36) and 500 free (5:11.73), taking margins of 5 seconds and 6 seconds in those races, respectively.

The boys from Robert Service High School also defended their team title in the 200 free relay, just-barely fighting off the Dimond High School boys and preventing a sweep.

Unlike in the girls’ meet, this one did come down to the final relay. Service High School entered the closing 400 free relay 1 point behind Dimond High School, which meant that whichever team finished better in that relay would win the meet.

Dimond, meanwhile, kept up with huge depth compared to Service. Besides winning that 200 medley relay, on several occasions they had multiple swimmers in the A-finals, like a 2-3 finish in the 200 free.