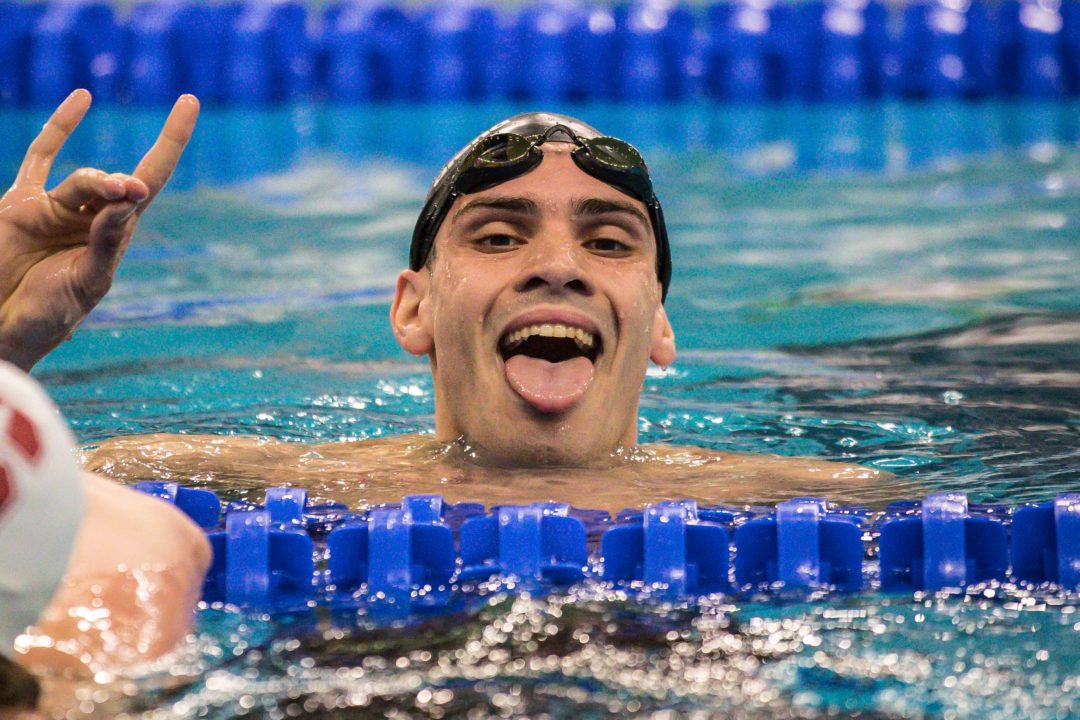 Andreas Vazaios, a Greek national who represents the DC Trident in the International Swimming League, lowered his own Greek record in the 200 SCM IM at the ISL’s fifth-ever competition, the American Derby, held November 16th and 17th at the University of Maryland in College Park.

Vazaios new record time of 1:52.95 shaves precisely one-tenth from his former record, set in his ISL debut and the first-ever ISL swim meet, held at IUPUI in Indianapolis on October 6th, 2019.

Vazaios was aggressive in his 200 IM on Sunday, going out almost half-a-second faster at the 150 mark. He paid on the freestyle closing, but still hung on for the record-setting swim.

Vazaios’ swim is the second-fastest time in this ISL season, just .02 seconds behind Mitch Larkin of the LA Current, who swam 1:52.93 at the season-opener in Indianapolis. Larkin’s team was at this meet, but Larkin was not. Japan’s Kosuke Hagino is the world leader in 1:52.89.

In addition to lowering the record, Vazaios claimed the victory and the 9 team points that accompany a first-place finish in the ISL. Vazaios finished 0.9 seconds ahead of runner-up Chase Kalisz, the 2017 World Champion in the LCM version of the race.

This man is just an all around fast swimmer