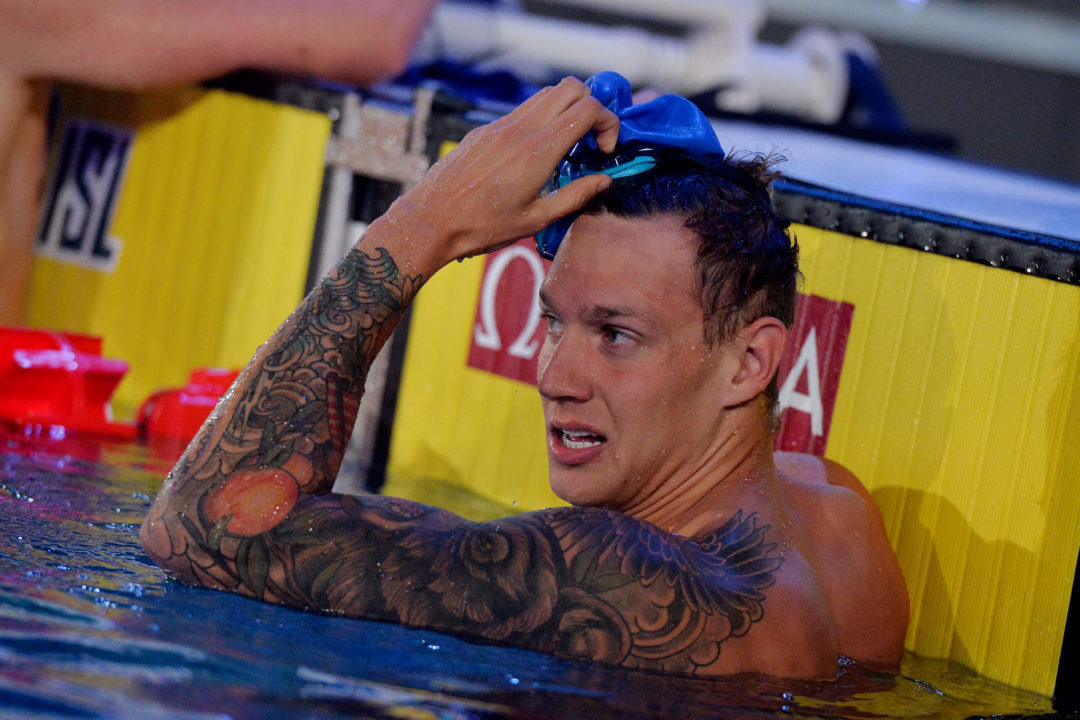 Watch race videos from day 2 of the US Derby meet in College Park, Maryland, including another MVP performance from Caeleb Dressel. Current photo via Gian Mattia D'Alberto/LaPresse

The International Swimming League (ISL) has published more race videos from the series’ US Derby stop in Maryland this week, including a few extra day 1 videos, plus the first videos from day 2. If history repeats, more race videos will go up on the league’s YouTube Channel throughout the week.

Among the new videos are Lilly King’s win in the 50 free, Siobhan Haughey‘s title-taking 100 and 200 frees (with the former being a tie), Ian Finnerty‘s American Record in the 100 breaststroke, and both the men’s and women’s skins races.

Women’s Skins – Beryl Gastaldello – LA Current – 24.46 in final round to give LA Current the lead en route to the meet victory

Men’s Skins – Caeleb Dressel – Cali Condors – 21.25 in the last round – a skins victory seals MVP for Dressel, but it’s not enough to lift the Condors to the win

Men’s 100 Free – Caeleb Dressel – Cali Condors – 45.69 – Nearly an American Record for Dressel as he and teammate Kacper Majchrzak go 1-2 for the Condors

Women’s 200 Free – Siobhan Haughey – DC Trident – 1:51.99 – Another Hong Kong Record for Haughey as she gets better-and-better as the ISL season goes on

Women’s 50 Fly – Beryl Gastaldello – LA Current – 24.81 – Gastaldello may not have been MVP in the official tallies, but the LA Current couldn’t have asked for more en route to their team title

Men’s 400 freestyle Relay (Day 1) – Cali Condors – 3:08.52 – Caeleb Dressel leads the Cali Condors off in a new US Open Record en route to victory, but it winds up being not enough

Braden, do you have Day 1 videos…mainly men’s 4im? Thanks. If not, no big deal

They only post the videos that ISL puts on their Youtube channel here so if it’s not on the YT channel they won’t have it. You can watch the whole thing on replay at CBC.ca or 7plus.com.au if you have a VPN.