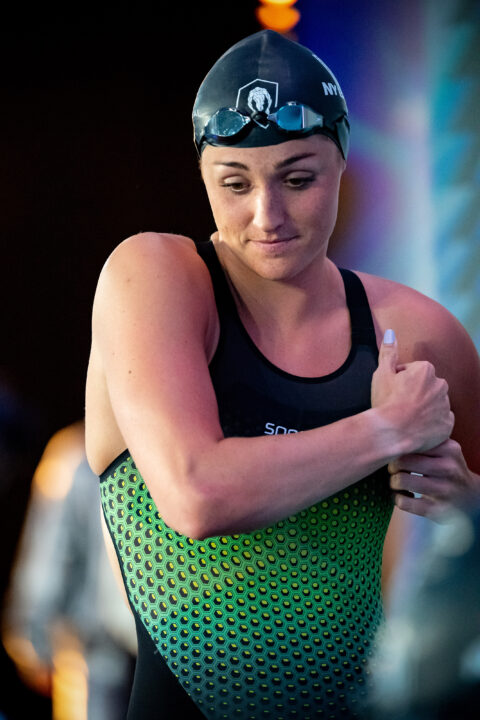 Four out of the top five finishers each nailed a new national record as this 4-lap race went down to the touch.

Getting to the wall first was Tang Qianting, the Chinese ace who clinched her first elite international title tonight at just 17 years of age. She stopped the clock in 1:03.47 to beat out runner-up Sophie Hansson of Sweden by just .03.

With Tang’s win, the teen scored not only a new Chinese national record but she also now represents the fastest Asian swimmer of all time. Her 1:03.47 here tonight overtook the previous Chinese national record of 1:04.52 Shi Jinglin put on the books in 2014, while the former Asian Record stood at the 1:04.05 Japan’s Miho Teramura there down in 2016.

As such, Tang now becomes the first Chinese and Asian woman to ever dip under the 1:04 threshold in this women’s 1breast event. She also now ranks as the 9th fastest woman in history.

Tang wasn’t alone in her record-breaking swim, however, as Sweden’s Sophie Hansson also did some damage. The NC State swimmer earned a time of 1:03.50 to dip under the 1:04 threshold for the first time in her career.