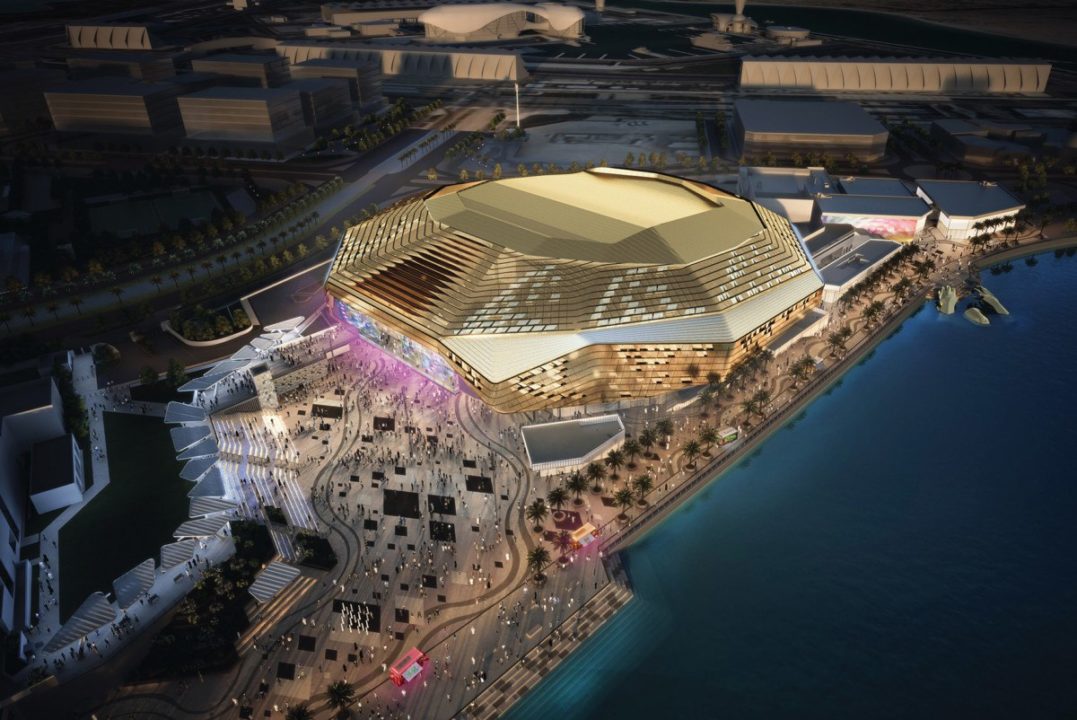 The $2.8 million USD prize money pool will mark the largest prize pool of any FINA swimming event to date. Stock photo via HOK

FINA President Husain Al-Musallam has announced that the prize money pool for the upcoming Short Course World Championships in December has been significantly increased. Al-Musallam announced the prize money will total over $2.8 million USD, including a 50% increase in prize money for individuals. Additionally, there will be a $50,000 USD bonus to any swimmer who breaks a world record. The announced $2.8 million USD prize pool is well above the $2.07 million up for grabs at the previous SC Worlds, which took place in 2018.

The 2021 SC World Championships are slated to be held from December 16-21, in Abu Dhabi, UAE. Speaking on the increase in prize money, Al-Musallam said ” I promised the Aquatics family that I would prioritise athletes, increase prize money and ensure there is no discrimination in our sport. Today’s announcement honours this commitment.” Al Musallam went on to add that “[athletes] all deserve the very best competitions and prize money that reflects their standing as the world’s greatest athletes.”

According to Al-Musallam, the prize money for individuals will be increased 50% over the 2018 numbers. Assuming the 50% increase will be applied to all finalists, this is what the 2021 SC Worlds prize money will look like for individual events.

Note: this is the confirmed prize money breakdown. This table simply reflects what a 50% increase in prize money would look like if applied to each place 1st-8th.

The $2.8 million USD prize money pool will mark the largest prize pool of any FINA swimming event to date. It comes in just ahead of the $2.73 million USD that was awarded to swimmers at the 2019 LCM World Championships, in Gwangju, South Korea. This is significant because historically the LC Swimming World Championships has been a much bigger meet than the SC version, and therefore the prize money available at SC Worlds was considerably smaller.

One of the factors causing FINA to increase prize money awards for their SC World Championships is the emergence of the International Swimming League (ISL), which is competed in SCM. In the 2020 ISL season, the league awarded over $6 million USD in prize money to its teams and athletes. With the ISL season ending just before the SC World Championships, and the greater prize money totals available in the league, it’s put pressure of FINA to increase their own prize money awards, in order to keep swimmer interest and attendance up for SC Worlds.

It is a KNOWN fact that FINA is one of the most corrupt sports organization in sports. Up there with FIFA. The prize money is pennies on the dollar for FINA considering how much money they are getting from television rights for years. The prize money for a world, world record should be at a minimum 100K. There should be an equal amount given for the MVP at the championships for male/female to equate to 100K. But no FINA is NOT doing it. What they give to athletes is SLAVE LABOR WAGES for the cost to live, survive and train. IT IS A JOKE OF JOKES!

Are the relays getting same prize amount as individual winners?

So, if athletes equal or break a record multiple times in an event (Curzan WJR 100 fly semis and finals), do they get a payout for each?

The rules expressed publicly were quite vague. We weren’t positive that tying was going to get a record bonus until their post-meet hype PR said that four World Record bonuses were given out.

Based on the vagueness of the rules as written, yes. But, not sure if there were more technical rules distributed in private somewhere.

Fina should give its attention – and extra money – to the subject of mental health instead of worrying about attendance. Swimmers will attend more if Fina has some kind of funding for mental health for them.

But has the isl paid up?