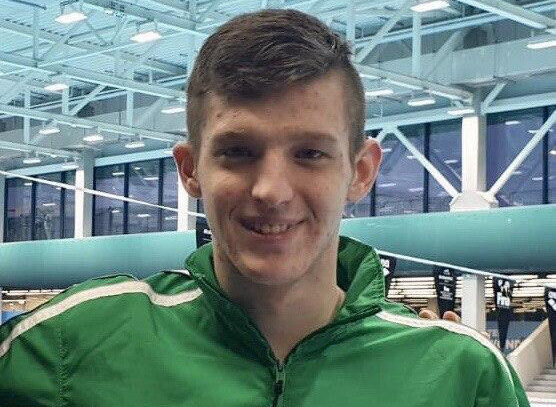 Here's your chance to familiarize yourself with the name of Ethan du Preez, the 16-year-old butterflier from South Africa. Current photo via Balint Richter

In case you happened to miss our coverage of the 2020 South African Grand Prix #2 in Durban, then here’s your chance to familiarize yourself with the name of Ethan du Preez.

Over the course of the meet, which took place February 21st – February 23rd, 16-year-old swimmer du Preez hacked over one and a half seconds off of his previous lifetime best in the men’s 200m fly.

Entering Durban, Du Preez’s personal best rested at the 1:58.67 he produced at the 2019 World Junior Championships. He hacked that down to 1:56.97 in the prelims before landing on a final mark of 1:56.50 to reap gold and come within .02 of the FINA ‘A’ Olympic qualifying time.

The Cybersmart swimmer split 56.30/1:00.20 in the Le Closless final to become South Africa’s 3rd fastest performer ever in the men’s 200m fly event.

Du Preez trains at Milnerton High School in Cape Town, the first and only club for whom he’s competed. He’s coached by Chanelle van Wyk, a former elite swimmer herself, who still owns multiple South African national records. The teen is also surrounded by Balint Richter and biokineticist Tody Paladin.

But who exactly is this new teen-on-the-scene? Let’s chat with du Preez and find out more about this Olympic hopeful making waves.

Retta: How did you originally get into swimming? How long have you been competing?

Ethan: My parents took me to learn to swim when I was only 2 years old. They must have seen I had some feel for the water or at least that I was enjoying it because they took me to join Cybersmart Aquatics and start with club swimming at the age of five which I enjoyed greatly.

I went through the different levels of the club when I started competing on a regional level at the age of nine, but I had started with galas at the age of seven already.
Retta: From whom do you draw inspiration in life? In the pool?

Ethan: My inspiration behind my swimming as well as in life has been the great Michael Phelps. I grew up watching him on TV breaking all records and winning all those medals.

Retta: Is the 200 fly your favorite event or just the one you’re the best at right now?

Ethan: 200 butterfly is my favorite event indeed. I consider myself lucky that my strongest event is the one I love the most.

Ethan: Big meets are my favorites unsurprisingly. It gives me a chance to measure myself against the bests in the world as well as to meet them. These meets are spread all over the globe and through traveling, I get a chance to see the world which is also important. The Junior World Championships were in Budapest last year, which had some extra interest in it. One of my coaches, Balint Richter is a Hungarian and he is from Budapest before he moved the Cape Town. It was nice the see the city that he is from. Hungary also has a vastly successful history in swimming.

Retta: How did you manage to drop so much time this past weekend in the 2fly? Was that the goal, or simply a byproduct of your training to this point?

Ethan: It is my dream to qualify for Tokyo2020 so every day I train with that single goal before my eyes. So yes, it was definitely my goal to close in on the qualifying time as much as possible.

Retta: For April’s Trials, what do you need to do to make the A cut and finish top 2?

Ethan: I need to make the qualifying time of 1.56:48 and I am currently a blinking 0.02 split seconds away. I am close, but South Africa has very fast swimmers so making the time alone is not enough. Finishing in the top 2 is also a requirement, which is a true challenge when besides all the talented swimmers, there’s also Olympic Champion superstar swimmer Chad le Clos in the lineup.

Retta: Can you describe the state of South African swimming right now? Good and bad?
Ethan: There are so many talented swimmers and great coaches here. As a swimmer, my only job is to listen to my coaches, do all they tell me and work hard to reach my goals.

Retta: What was your reaction when you found out fellow South African Roland Schoeman had been suspended a year?

Ethan: I was shocked to hear that. I’m fully endorsing clean and drug-free sport. That’s the only way!

Retta: What is your personal outlook for South African swimming at this summer’s Olympics?

Ethan: South Africa has surprised the world many times before! Everyone is working hard to fly our country’s flag high! My biggest dream is to be a part of that team and give all I have for our country’s success.