Medeiros & Lanza Double Up On Golds At José Finkel Trophy 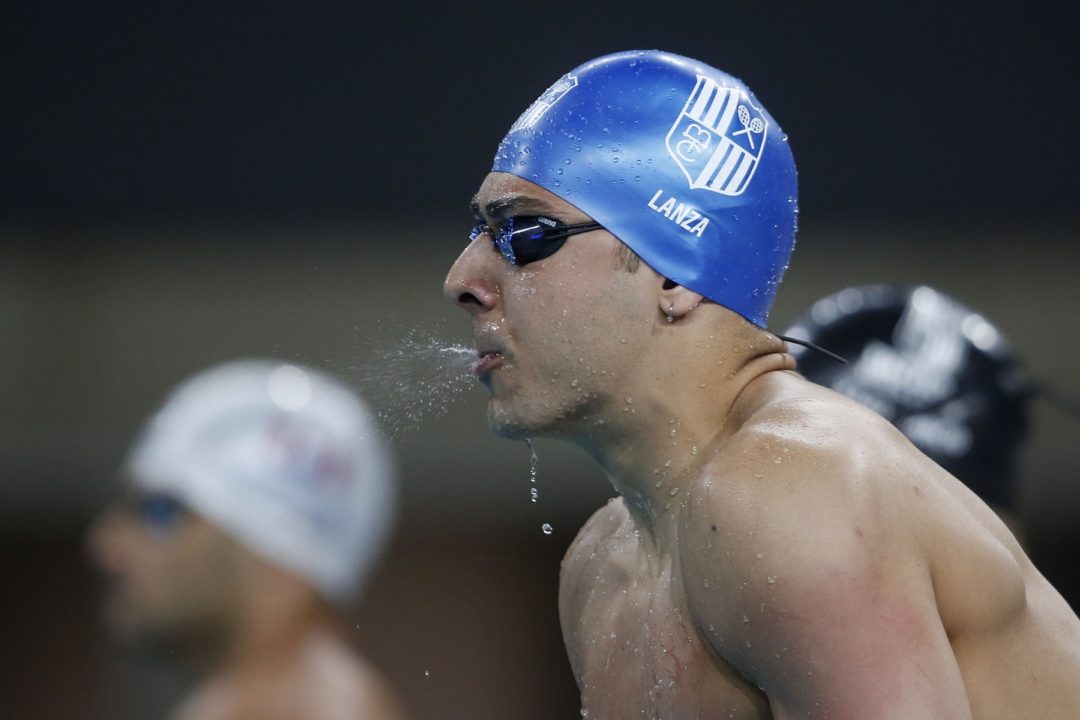 28-year-old Etiene Medeiros followed up her 50m free victory from last night with another gold medal this evening in Paraná, Brazil. Contesting the women’s 50m backstroke, the event in which the SESI-SP swimmer took World Championships silver this year in Gwangju, Medeiros fired off a winning time of 27.70 to beat the field by almost a second.

Runner-up status went to Andrea Berrino who touched in 28.60, while Natalia de Luccas rounded out the top 3 in 28.83.

Going back to Medeiros, she earned the silver in Gwangju in a time of 27.44, hitting the wall .11 behind winner Olivia Smoliga of the United States. Just weeks later at the Pan American Games in Lima, Peru, Medeiros came away with 50m free gold and 100m back bronze to top off her summer’s worth of hardware.

Vini Lanza was the men’s 100m fly victor on night 1 of this José Finkel Trophy and the former Indiana Hoosier doubled up with the 200m IM event tonight. Producing a time of 2:00.04, Lanza crushed the field by almost 2 seconds.

Julia Sebastian reaped the top prize in the women’s 50m breast in a time of 31.61, while 32-year-old veteran Felipe Franca Silva followed suit in the men’s race, topping the podium in 27.26.

Aline Da Silva Rodrigues took the women’s 200m free in a time of 2:00.35, meaning no female dipped under the 2:00 threshold in tonight’s final.

As for the men’s edition, Fernando Scheffer, the 2019 Pan American champion, busted out a solid 1:47.94 to easily take the title here tonight. He represented just 1 of 2 swimmers who delved under 1:50 territory, joined by Giuliano Rocco and his silver medal-worthy time of 1:49.92.

Notably, Joao De Lucca, former Louisville Cardinal and newly-minted Pan American champion as part of Brazil’s 4x200m free relay, hit a morning effort of just 1:52.30 to finish 13th out of the heats. He wound up scratching the B-Final.

It is winter down here in Brazil, and the temperature is below 20 degrees Celsius – which is very cold for us. Everybody is suffering.