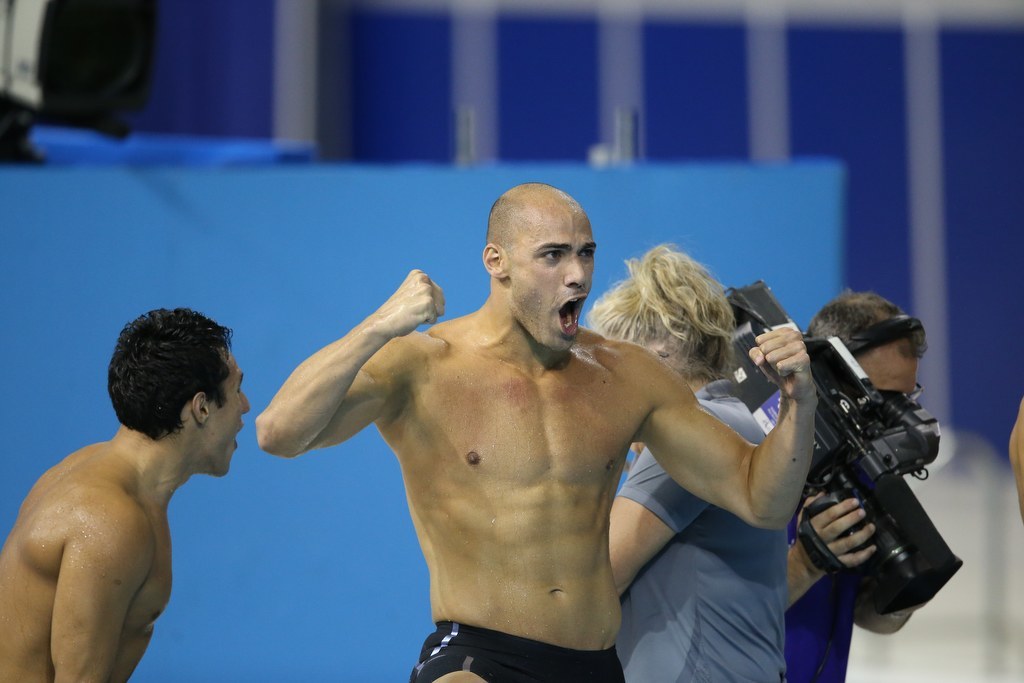 Joao De Lucca is just one of almost 250 swimmers set to compete at the 5-day José Finkel Trophy next week in Paraná, Brazil. Archive photo via Chris Tanouye/www.ChrisTanouye.com

The 2019 José Finkel Trophy is kicking off next Tuesday, September 3rd at Curitibano Club in Paraná. The 5-day, long course meters competition will serve as Brazil’s sole selection meet for the 2020 South American Championships set for late March in Buenos Aires.

Just under 250 athletes representing 29 clubs are expected to compete next week for spots on the roster, with Minas Tennis Club carrying the largest lineup of 46 swimmers. Freestyle ace Fernando Scheffer is among them, entered in the 100m, 200m and 400m free events.

21-year-old Scheffer was a member of Brazil’s World Record-setting men’s 4x200m free relay that won gold at last year’s Short Course World Championships. Most recently he competed at this year’s Pan American Games in Lima, Peru, collecting gold in the 200m, silver in the 400m and gold in the men’s 4x200m relay.

Joao De Lucca and Vini Lanza are two other Minas athletes ready to make their mark on the José Finkel Trophy, with the former taking on the 50m/100m/200m free trifecta, with the latter slated to contest the same trio of distances for butterfly, with the 200m IM added in as well. De Lucca was also a member of the aforementioned 4x200m free relay from Pan Ams, while Lanza snagged 100m fly bronze there.

The biggest absence is that of Bruno Fratus. He is the two-time defending World Championship silver medalist in the 50 free, but has made it clear that he has a singular focus for the next year: success at the 2020 Olympic Games.

The women’s line-up for next week is led by Etiene Medeiros, the Servico Social Da Industria Club member who is scheduled to swim the 50m and 100m distances of both freestyle and backstroke. The 28-year-old sprinter doubled up on elite meets this summer, competing at both the World Championships, as well as the Pan American Games. She took home the silver in the women’s 50m back in Gwangju, while reaping 50m free gold and 100m back bronze in Lima, along with relay medals.

Of note, listed as representing the host club of Curitibano is Italian dynamo Ilaria Bianchi. Competing far from home, the 29-year-old Olympian is entered in the 50m and 100m free, along with the 50m and 100m fly. She enters the meet as the top-seeded swimmer in the 100m fly by well over a second. It is fairly normal for clubs to import foreign swimmers to represent them at Brazilian National meets, with more emphasis placed on team championships here than in most countries.

João is clearly the captain of the Brazilian Team, his cheer performance on the last day of Pan Ams was amazing!