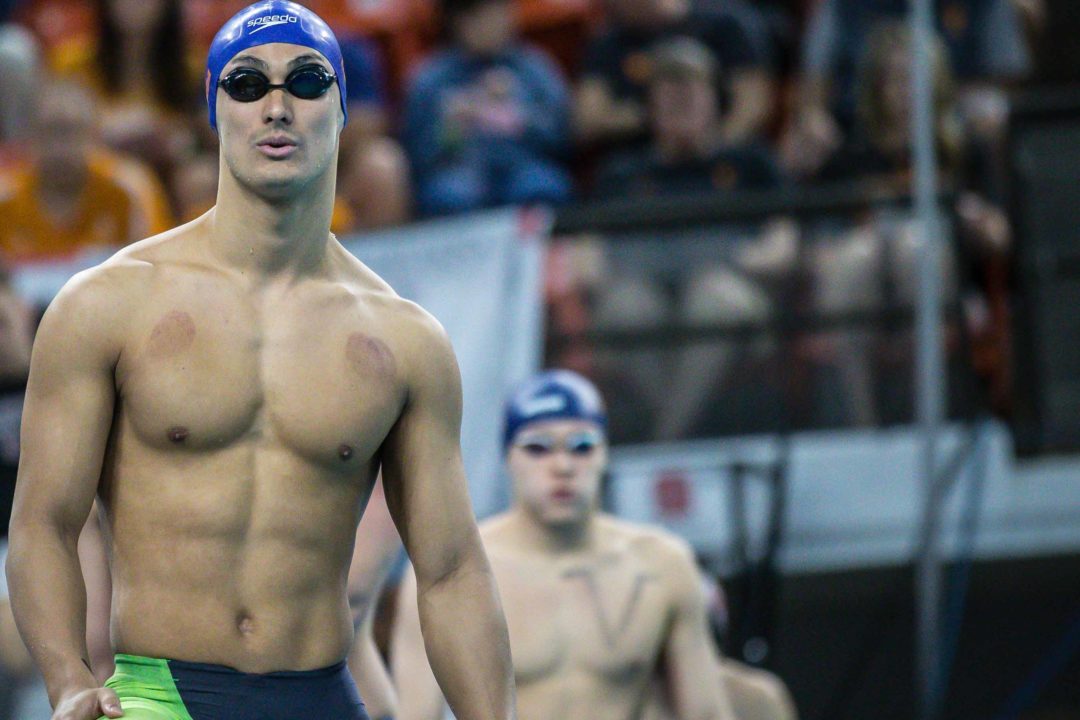 Rooney announced just over a week ago he would leave the University of Florida before his senior season.

New Home! Thank you all for your support and helping me reach this point in my career. pic.twitter.com/6bKlZ2T9Gh

Rooney is a huge “get” for Texas after the team fell to Cal at the 2019 Men’s DI NCAA Championships in March. Rooney will join an elite 200 free group that graduated former American record holder Townley Haas (though he’ll presumably stick around as a pro), and still includes Drew Kibler (1:31.76), Austin Katz (who was 1:31.45 on the 800 free relay) and Jake Sannem (1:32.43). Additionally, 200 free American record holder Dean Farris trained with the pro group last summer.

If he is transferring to be on a championship team he made a bad decision unless he wants the prestige of being a big 12 champion since that is so difficult to achieve.

How can they make him hold his breath on the last 25?

Oh well all we can do is support him, UF and Texas and hope everyone does great!

If you can’t beat them…..Join them

In the name of our Lord and Savior Farris, please up your SwimSwam addiction game

What is he thinking… Texas has never had any successful fliers or mid-distance freestylers.. such an immature decision

I check swimswam everyday for the comments. April 30 was beast! Thanks commenters!

One of the greatest days in commenter history.