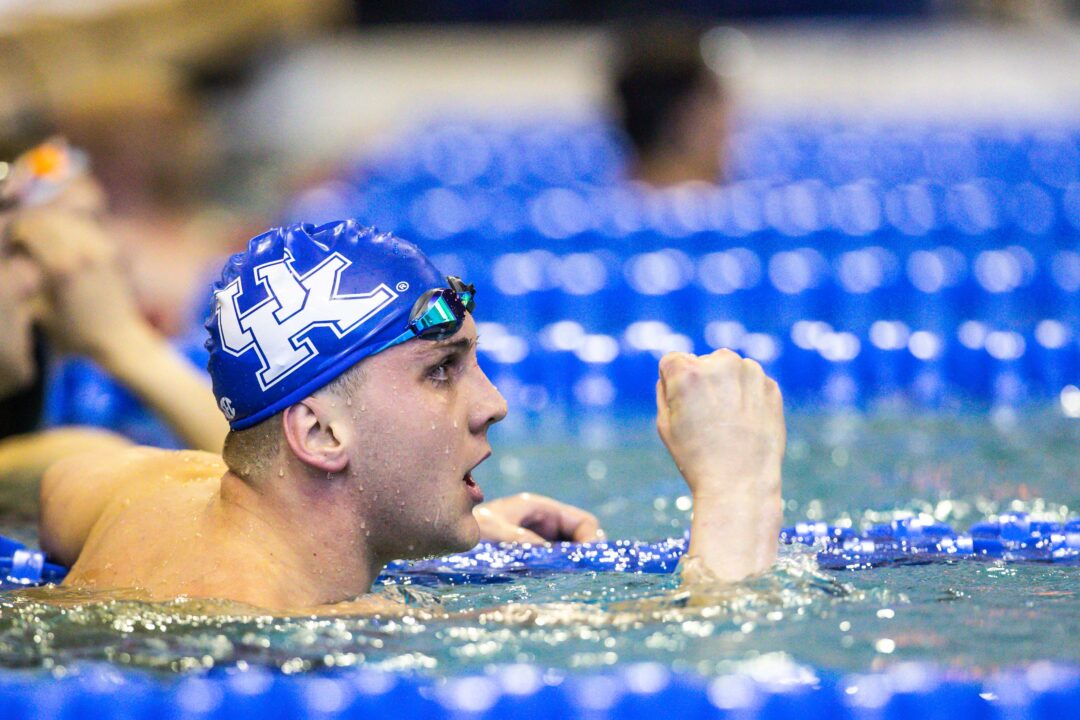 There was another OVC meet record broken by Carmel Swim Club in the boys 13-14 400 free relay on Saturday. The team of William Lathrop, Ethan Zhang, Brian Qian, and Lewis Zhang combined for a 3:45.49, shattering the previous OVC Record of 3:47.89.

Indiana’s Mariah Denigan and Mikey Calvillo were again victorious in the distance events. Denigan, a U.S. Open Water World Championships team member, took the women’s 800 free in 8:47.35, while Calvillo won the men’s event in 8:17.50, edging out Florida’s Nicholas Caruso at the finish.

The men’s 200 back saw NC State’s Hunter Tapp emerge victorious, swimming a 2:01.29. Tapp finished 4th in the event at the U.S. Olympic Trials last summer, swimming his personal best of 1:56.76.