The Watermen: The Underdog Story Behind The Birth of American Swimming 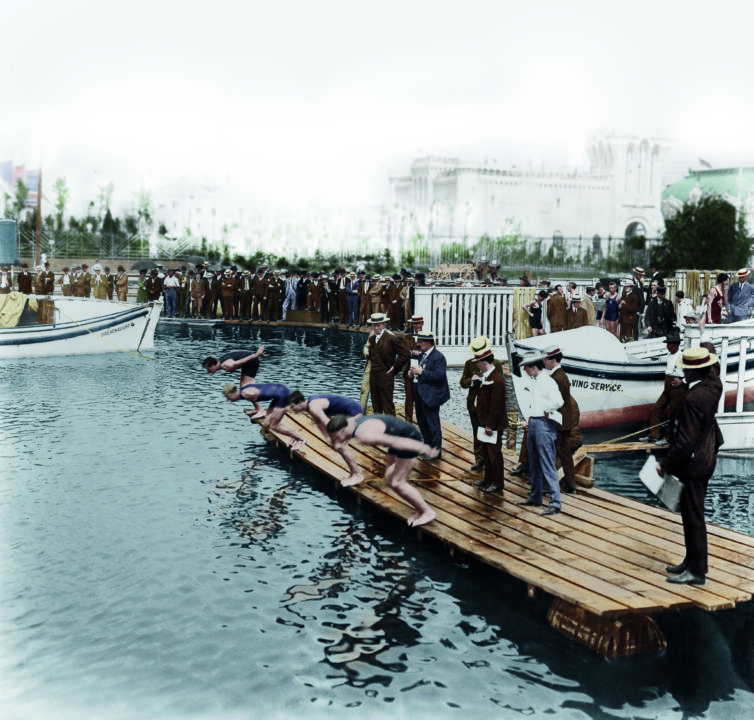 Book Excerpt: The Watermen reveals the incredible underdog story of the birth of American swimming and its first swimmer to win Olympic gold. Current photo via Penguin Random House

Mark Spitz to be a featured medalist in Olympic Channel docu-series, “’72: A Gathering of Champions”, a celebration of 50 years the since Munich Games

The University of Virginia will open their 2022-2023 swimming & diving season with dual meets against two of the country’s top programs.

This article originally appeared in the 2022 Summer edition of SwimSwam Magazine, courtesy of Michael Loynd, author of The Watermen (read more on the book at the bottom). Subscribe here to the SwimSwam Magazine here.

In the same gritty spirit of The Boys in the Boat and Seabiscuit, The Watermen reveals the incredible underdog story of the birth of American swimming and its first swimmer to win Olympic gold. In the early twentieth century, few Americans knew how to swim, and swimming as a competitive sport was almost unheard of. That is, until Charles Daniels took to the water. Struggling with anxiety and a troubled family life, Charles finds an escape in swimming, where he catches the eye of two immigrant coaches hell-bent on building a U.S. swim program that could rival the British Empire’s seventy-year domination of the sport. Interwoven with Charles’s incredible story of resilience is the compelling history of the struggle to establish the modern Olympics in an era when competitive sports were still in their infancy.

In 1904, America was about to get its first glimpse of the Olympic Games as St. Louis prepared to host the third, and perhaps last, Olympiad. After the muddled second Games in Paris, the Olympic movement was on life support. The most powerful sporting nation in the world, the British Empire, showed no interest. It was up to the head of America’s Amateur Athletic Union, Jim Sullivan, to win over the American public and keep the Games alive. Only Sullivan did not consider swimming a worthy Olympic sport—especially when the United States was so bad at it—and it was up to a young outcast swimmer, Charles Daniels, to prove American swimmers belonged.

The American press highlighted the name “Olympic” with full-page articles and significant coverage. They ran headlines like “Modern Olympic Games to Outrival Originals” and “World’s Fair Meet Will Be the Best Ever Held—Olympic Games Arranged on Lines Never Heard of in This Country.” They reported on the construction progress of the fair’s new state-of-the-art stadium and gymnasium—an Olym- pic first—fully outfitted, of course, with top-of-the-line sporting equipment from A. G. Spalding & Bros. Reporters touted what would be the Olympics’ first modern-day cinder track, stretching one-third of a mile, proclaiming it “the fastest track in America.” The athletic field was described as the most perfect ever built. Some articles claimed the stadium held fifteen thousand spectators, others more accurately stated twenty-five thousand, and Jim Sullivan proclaimed thirty-five thousand. They wrote about the country’s record-setting amateur athletes who planned to compete against the best in the world. Boasted about the medals and handsome silver cups to be presented to individual winners. Reported on grassroots fundraising efforts in towns across the country to send local YMCA star athletes to the Games. From coast to coast, small articles captured the send-off of hometown Olympians as they boarded trains for St. Louis. But as for finding lodging once they arrived, the athletes were left to their own devices.

The concept of an Olympic village had yet to be conceived. Some athletes stayed in the limited housing on Washington University’s campus or at the Missouri Athletic Club. Others rented rooms at boardinghouses, at hotels, or from St. Louisans who opened their homes during the fair. For $1.50 to $7.00 per night, athletes could stay at the world’s largest hotel, the Inside Inn, the only lodging inside the fairgrounds, offering more than twenty-two hundred rooms and a restaurant that seated twenty-five hundred guests.

Athletes could train at the fair’s stadium or gymnasium. If they belonged to a recognized club, the Missouri Athletic Club offered reciprocal accommodations. For gymnasts, the local German turn- verein societies operated practice facilities. As for the Games themselves, Jim Sullivan set out to make the events easier for spectators to follow in ways that seem commonplace today but back then were innovations.

Organizers placed signage on the field to mark the individual field events. Sullivan then initiated the use of white chalk lines to illustrate incremental distances so spectators could better follow throws in dis- cus, javelin, and the hammer. He instigated the Olympics’ first stadium announcer to call out times and performance results. “In a word,” wrote the Olympic historian Charles J. P. Lucas, “the field arrangements and acoustics at the Olympic Games of 1904 were a revelation to Ameri- cans themselves.” Then Sullivan and the St. Louis Olympic Committee initiated one of the greatest contributions to the Olympic legacy. While the victors in Athens had received silver and copper medals, and in Paris, silver, bronze, and a hodgepodge of other awards, St. Louis would introduce the gold medal.

Like the medals in Athens, its size was not much bigger than a silver dollar, one and a half inches in diameter. Designed and minted by Dièges & Clust of New York, the medal was inscribed “Olympiad 1904” on the front, with a depiction of a victorious athlete in a loincloth holding a wreath in front of the Acropolis. The back pictured a large standing Nike, the goddess of victory, and a small bust of Zeus, engraved with the event’s name and “UNIVERSAL EXPOSITION, ST. LOUIS U.S.A.” The medal was attached to a blue, white, red, and gold ribbon with a silver clasp engraved with “1904, Universal Exposition, Olympic Games, St. Louis.” And it would be presented in a leather case, gilt stamped on the top with the legend “Medal for Olympic Games, Universal Exposition, St. Louis U.S.A., F. J. V. Skiff, Dir. of Exhibits, Jas. E. Sullivan, Chief.”

For the first time, athletes finishing first, second, and third place would receive gold, silver, and bronze, forged entirely of the metal each represented. But the rather significant question remained: Which for-eign champions, if any, were coming?

With its focus on shoring up the empire, Britain did not consider sending its athletes to America a priority. The Paris Games had already left the Brits less than enthusiastic about the modern revival, such that England’s powerful Amateur Athletic Association never even bothered creating an Olympic committee. Moreover, its superior swimmers deemed beating the lowly Americans a foregone conclusion. While a few U.K. newspapers devoted a sentence or two of ink to wishful words that England, or at least Australia, might send one swimmer to display its athletes’ dominance in the water, it never happened. England’s aloof attitude remained: if any Yankee believed himself worthy to swim against England, he could come to London—the center of the swimming universe—and embarrass himself at England’s annual aquatic championships. After all, practically all of the world record holders swam for the British Empire. After they had dominated the Paris swimming contests in the river Seine, the London Guardian boasted, “The results have confirmed the general impression that English swimmers are superior to all others.” Why would any Englishman waste good money to travel across the Atlantic just to beat subpar Americans? There was no honor in that.

You can buy the book here.

Excerpted from The Watermen: The Birth of American Swimming and One Young Man’s Fight to Capture Olympic Gold by Michael Loynd. Copyright © 2022 by Michael Loynd. Excerpted by permission of Ballantine Books, an imprint of Penguin Random House LLC. All rights reserved. No part of this excerpt may be reproduced or reprinted without permission in writing from the publisher.

Excellent book. He even mentions Coach George Kistler and his outstanding swimmer Edward Schaeffer. However, he fails to mention that Schaeffer established 37 American records and 5 world records. And even more important that Schaeffer did not attend the 1900 Paris Games because of lack of funds.