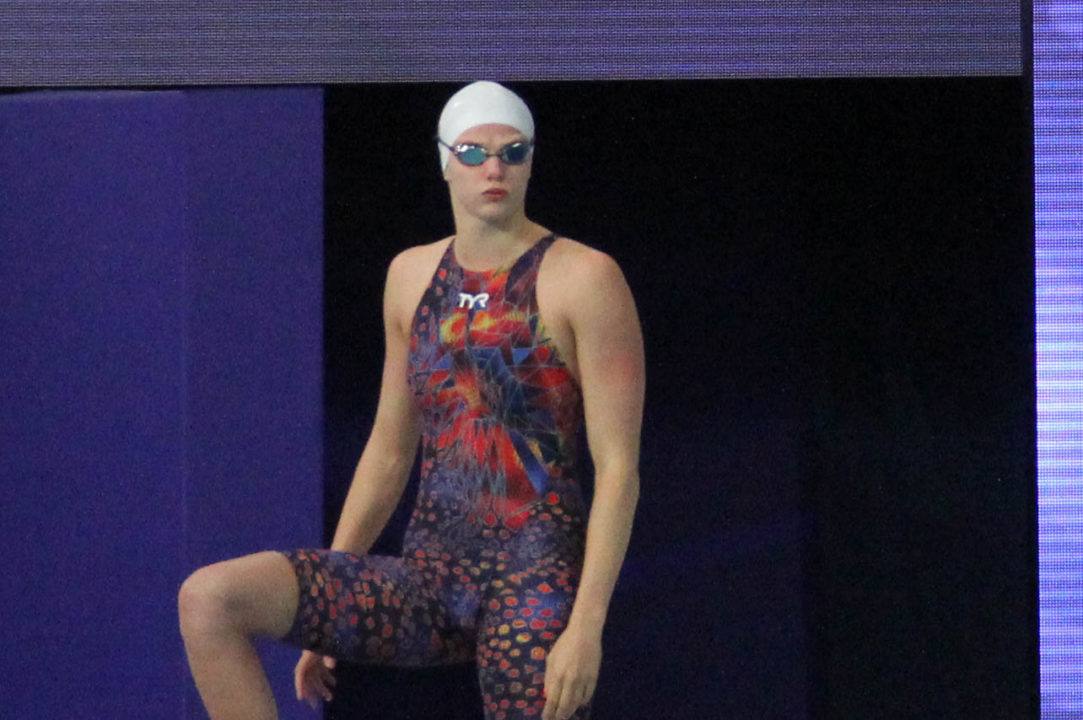 21-year old Marie Wattel, a member of 5 French Record holding relays, has opted to not race at December’s World Short Course Championships in Hangzhou, China. Instead, she’s going to take a break until January and begin training long course for what will probably be a spot on the French long course World Championship team next summer.

“I will not go to the world championships,” Wattel said after closing last weekend’s French Championships with a title in the 100 fly (56.92). “It is a decision taken with the coaches of the France team and also the doctor. It was considered more prudent not to go because it’s going to be a very tiring trip. It does not show in competition, but I’m far from doing the training that I did last year. I’m going to lift my feet (rest) a bit until January to start again on the long course season.”

The French Championships was just Wattel’s 2nd meet since the European Championships after the Interclubs a week earlier. Wattel’s lone win came in the 100 fly, where she swam a 56.92 – good for top 10 in the world so far this season.

Wattel swam 2 individual events at this summer’s European Championships as well as 3 French relays. That includes leadoff legs in finals of the 400 free and 800 free relays.