Mireia Belmonte Absent from List of 9 Spaniards for SC Worlds 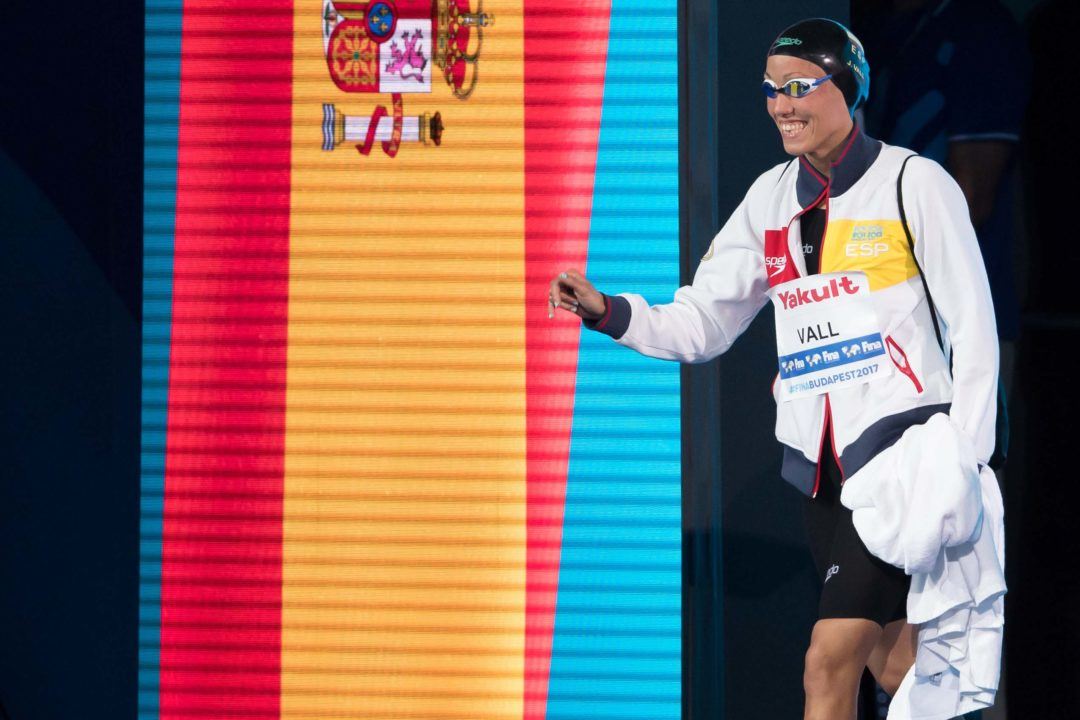 Jessica Vall, silver medalist at this summer's European Championships in the 200 breaststroke, highlights the list of 9 who were chosen. Archive photo via Mike Lewis/Ola Vista Photography

At the conclusion of the 2018 Spanish Winter Short Course National Championships, The Royal Spanish Swimming Federation (RFEN) has named a 9-swimmer roster for the 2018 World Short Course Championships in Hangzhou, China. All 9 swimmers who met the qualifying criteria were named to the team.

There is one notable absences from the team that will resonate globally. Mireia Belmonte missed the Spanish Championships with an ankle injury that had her on crutches as recently as last weekend. At the time, she said she wasn’t sure about her presence for Short Course Worlds, but ultimately no reprieve was given for the selection criteria from the RFEN. Belmonte also missed this year’s other big international meet for Spanish swimmers: the European Championships, where severe bouts of dizziness, among other health issues, left her sidelined.

The presence of one swimmer is significant, in that he didn’t hit the qualifying standard. Joan Lluis Pons, who was among 6 swimmers pre-selected based on prior performances, didn’t hit the minimum ‘check in’ standard (the FINA “A” standard) to confirm his spot on the team at the meet. Pons, along with Belmonte and 4 others, only had to hit FINA “A” standards between August 1st and December 31st to earn invites to SC Worlds, whereas the rest of the country was held to a stiffer federation-dictated standard. Pons was unable to hit any FINA “A” standards this weekend, yet a reprieve was still grante because he swam well under the standard (4:08) in October at the Budapest World Cup. Pons was the bronze medalist in the 400 IM at this summer’s European Championships.

Spain failed to win a medal at the 2016 Short Course Championships. Their best finish there was Belmonte’s 5th place in the 400 IM and a 6th-place result in the 50 back from Miguel Ortiz. Pons and Vall are the only two returning swimmers from the 2016 roster (which was just 4 swimmers) and neither qualified for even a semi-final in Windsor.