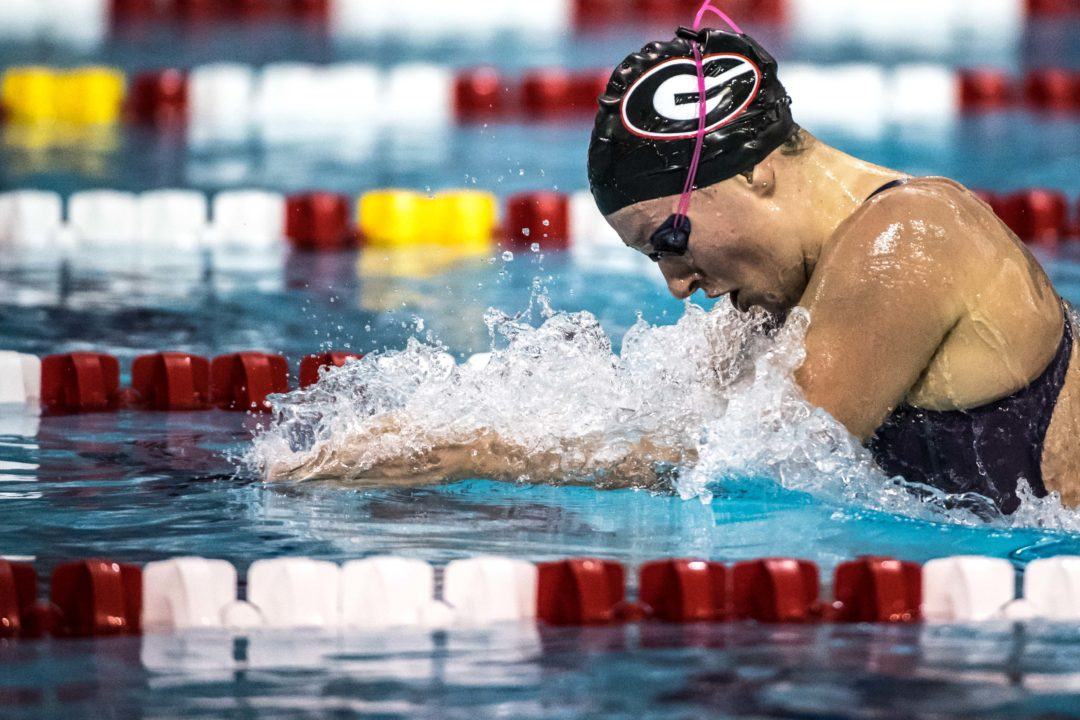 Melanie Margalis scored 9 Pro Swim Series points in Santa Clara to overtake the absent Taylor Ruck for the series points lead on the women's side. But Katie Ledecky scored another 15 points and is now only a couple wins out of stealing the lead. Archive photo via Mike Lewis/Ola Vista Photography

On the men’s side, Chase Kalisz maintained his narrow, two-point lead over Zane Grothe.

Margalis gave up the 400 IM – an event that has yielded her lots of points so far this series – but still got three scoring finishes to take over the lead by a single point from Ruck. Margalis was second in the 200 free on day 1, won the 200 IM on day 2 and then took home third in the 400 free on the final day.

Ledecky, meanwhile, has only swum two of the five meets on the series so far, but hauled in a massive 21 points in Indy and added 15 more in Santa Clara last weekend. She won the 200, 400 and 800 frees while skipping the 1500 (which she would have won easily) and taking fifth in the 100.

Not sure how to contact u guys. I would be interested to read an update on ‘Swimming professionals’. R they up to anything?

Like Kalisz love Grothe. Hope Zayne pulls it off. He is eaking by some of these wins with great closes.