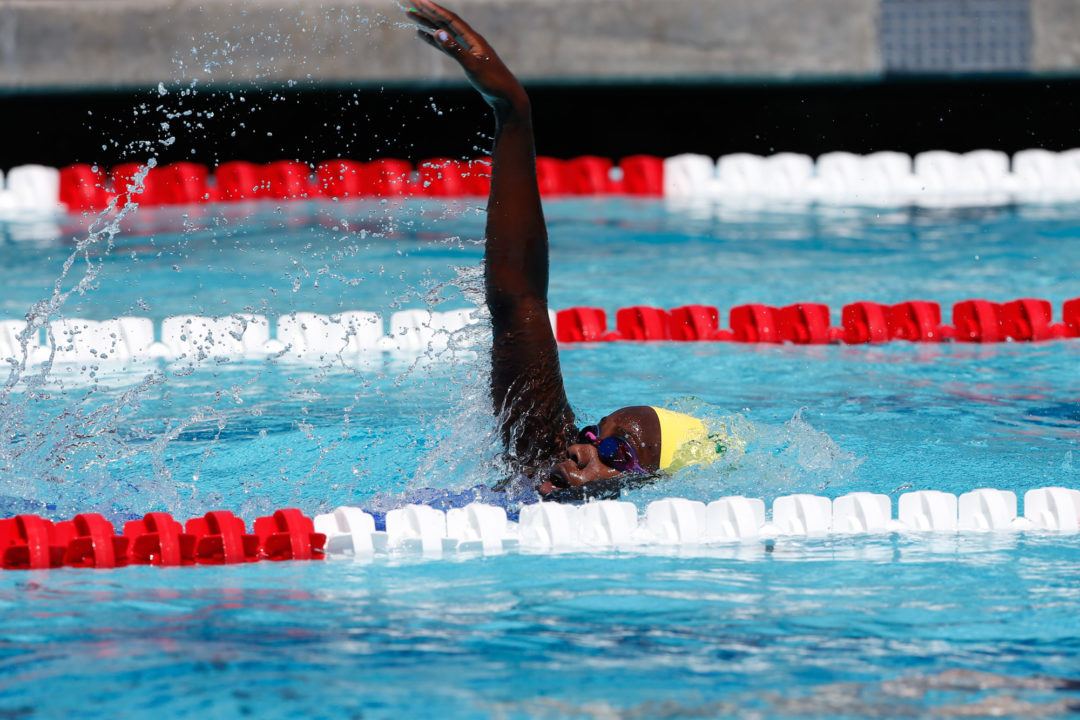 LSU commit Peyton Curry demolished her best time in the 200 freestyle at Dynamo’s 18&Under Champs, after already breaking it on Thursday night. Archive photo via Tim Binning/TheSwimPictures.com

Following impressive relay performances on Thursday night, swimmers from Dynamo Swim Club were back in the water on Friday and Saturday, participating in USA Swimming’s 18&Under Championships.

After swimming a best time of 1:50.05 in the 200 freestyle on Thursday night, LSU commit Peyton Curry posted another major drop in the event. Curry cruised through prelims by posting a 1:51.16 before putting up a dominating time of 1:48.75 in finals. For Curry, this marked almost a 2.5 second drop off of her best time entering the weekend, which stood at a 1:50.23. It also marked her first time under the 1:50-barrier.

Curry also posted a best time of 55.11 in the 100 butterfly prelims before scratching the event during finals. This marked a 1.6 second drop for Curry, bringing her under 56 seconds for the first time.

Although she did not drop in the 50 freestyle, Curry managed to match her best time, winning the event in a time of 23.15.

Emory University swimmer Nicholas Goudie also had a big showing in the 50 freestyle. After winning the individual event in a best time of 20.03, Goudie led-off Dynamo’s 200 freestyle relay in a split of 19.90 to get under the :20 second mark for the first time.

Goudie hit another best time leading-off Dynamo’s 400 medley relay, where he split a 49.48 on the backstroke leg. This marked his first time under 50-seconds, cutting over 2 seconds off of his best.

Bro calm down just a lil😂

should of mentioned some of the younger swimmers: 13-14 year olds had some great swims, many breaking barriers in events such as the 1 back, 2 free, 5 free, and 2 back!!