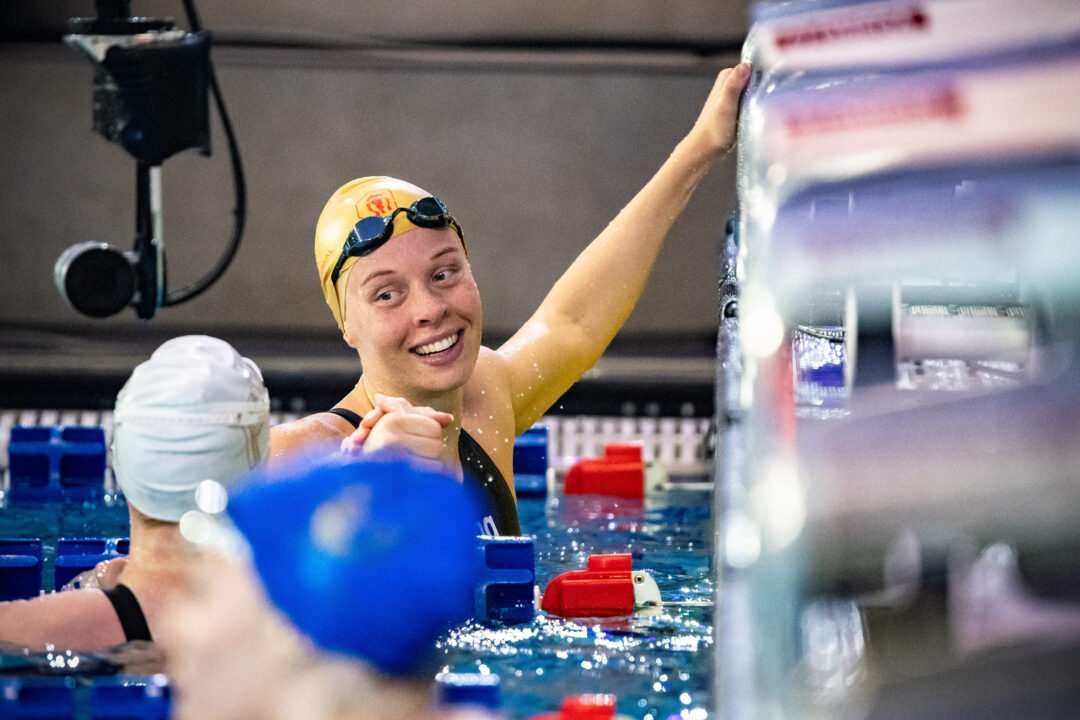 Hansson continued on her streak of backstroke dominance at the FINA World Cup Series, delivering a 56.03 Swedish record in the 100. Current photo via Giorgio Scala / Deepbluemedia / Insidefoto

Despite her historic proclivity for butterfly, Louise Hansson downed her second backstroke national record in as many days with a 56.03 in the short course 100. That time for Hansson is an improvement upon Michelle Coleman‘s former time of 56.57 which she swam at the 2018 Swedish Championships.

The day before Hansson’s 100 backstroke record-breaking swim, she lowered the NR in the short course 50 backstroke with a 26.07. That was enough to take down Therese Alshammar‘s time of 26.62 from back in 2009.

While Hansson took 4th place in the 50 backstroke at the FINA World Cup, her 100 backstroke NR corresponded to an event win, defeating the likes of elite backstrokers Kylie Masse, Kira Toussaint, Maggie MacNeil, and world record holder Minna Atherton. Hansson’s 56.03 was followed by MacNeil’s 56.16 for second place, Masse’s 56.31 for third, and Toussaint’s 57.71 for 5th place. Maike de Waard followed with a 56.50 while Minna Atherton trailed with a 57.91 for 6th overall.

Louise Hansson races for the Toronto Titans in the International Swimming League and has been one of the team’s top scorers this season. She has thus far raced predominantly in the butterfly events while teammates Kylie Masse, Lisa Bratton, and Michelle Coleman have taken care of the backstroke events. Her backstroke emergence in Berlin, however, will leave Toronto with some decisions to make as the team enters the ISL season 3 playoffs in November.