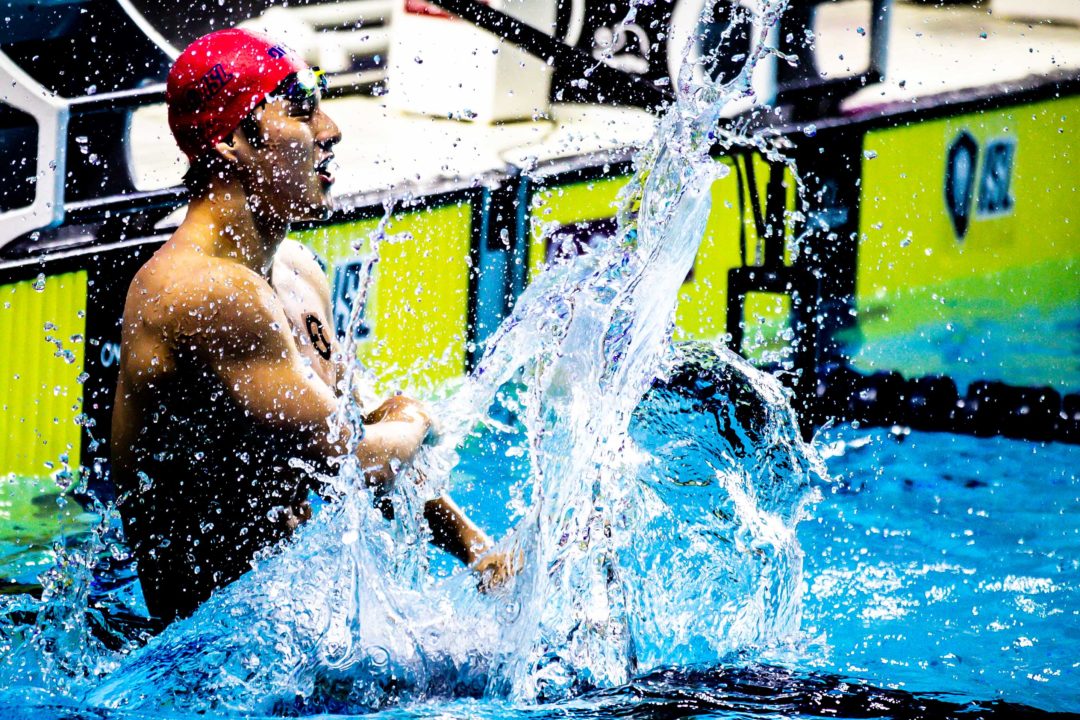 As with the upcoming Konami Open, the Japanese Olympic Trials will also be offering cash prizes for broken records. But, which ones are likely to go down? Archive photo via Jack Spitser/Spitser Photography

14-year-old O’Dell of Irvine Novaquatics dropped .8 from her lifetime best 100 free time from one week ago to become the 5th all-time fastest in her age group

For the Konami Open slated for Saturday, February 15th and Sunday, February 16th, a $275,000 prize furnished by sponsors is up for grabs to anyone breaking a World Record at the event. A prize worth $50,000 will be award to any Japanese swimmer breaking a national record at the meet. You can read the details from our original post here.

Just announced as following suit is the Japan Swim, set for April 1st – 8th at the Tokyo Aquatics Center, the meet which represents the nation’s sole Olympic-qualifying competition. The Japanese Swimming Federation is offering a bonus of 3 million yen (~$27,300) for a world record set during the competition and 1 million yen (~$9,100) bonus for a Japanese national record.

Although the Japan Swim is a means to an end, which is qualifying for the bigger show of the 2020 Olympic Games, which will be home-based in Japan, swimmers will certainly be bringing their A-game to this Trials meet. That may lead to broken records if all falls into place.

Not only is domestic competition fierce in Japan, as evidenced by on-fire Daiya Seto‘s 4:06.09 400m IM and Yui Ohashi‘s impressive 4:32.57 400m IM on the women’s side, but the swimmers will be racing against the clock to ensure they hit the stiff qualification times mandated by their federation.

As we analyzed when Japan’s Olympic qualifying time standards were released last September, meeting the marks necessary to represent their nation in Tokyo is a tall order. For instance, the QT of 7:48.12 in the men’s 800m free is quicker than the long-standing Japanese National Record of 7:49.65 Olympian Takeshi Matsuda put on the books way back in 2009.

With that in mind, it’s conceivable that at least Japanese national records will be at-risk throughout the Olympic season. In terms of the standards most likely to go down, below are the top 3 for the men and top 3 for the women that look likely to be overtaken at the Japan Swim.

Of note, although I do believe that the 200m IM and 400m IM marks will go down by the hand of Seto, the man has already qualified for the Olympics in these events and will most likely save his best performances for then.

Lots of Great Japanese Swimmers – no question. Perhaps its me, but why do most of the Japanese best times always seem to happen outside of the major championship international meets like the Olympics, World Championships, or even Pan Pacs?