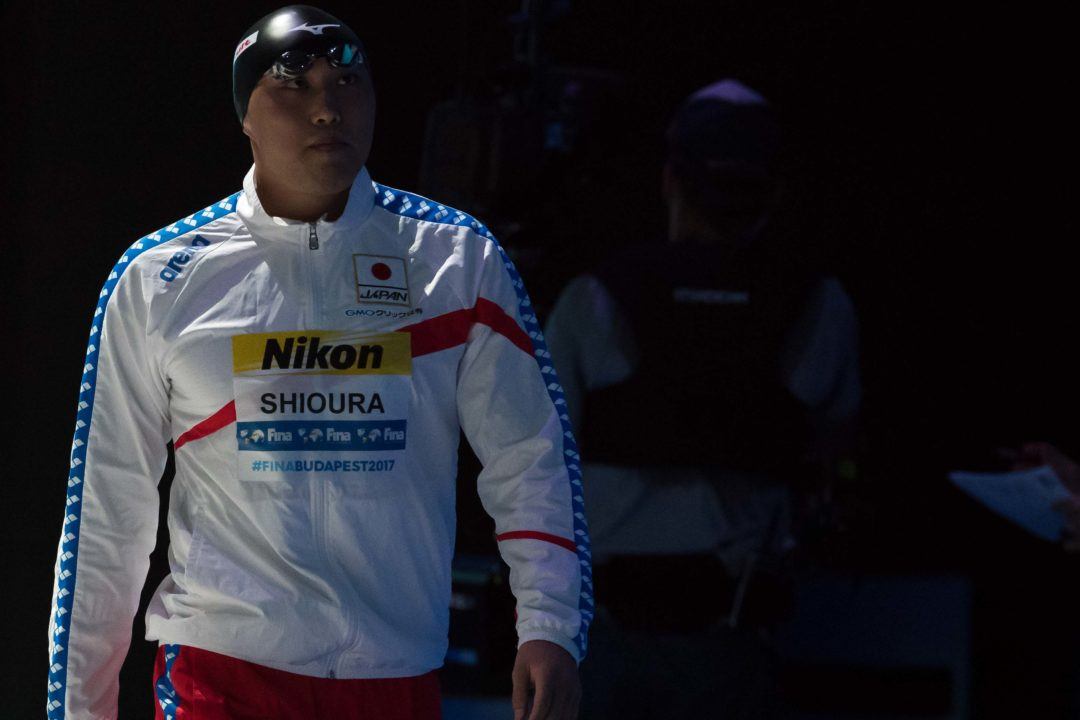 Day 2 of the 2020 Kosuke Kitajima Cup brought an Olympic-worthy 400m IM effort from the nation’s on-fire swimmer, Daiya Seto. The 25-year-old posted a world-leading time of 4:06.09 to come within .04 of the Japanese national record and check-in as the world’s 5th fastest performer ever. You can read more about Seto’s swim here.

Japan had other weapons in the Tatsumi International Swimming Centre pool tonight, however, such as World Championships bronze medalist Yui Ohashi. The 24-year-old produced a winning 400m IM time of 4:34.94 for the women, a solid effort to win by over 11 seconds.

The women’s 200m backstroke meet record bit the dust, courtesy of Rio Shirai. The 20-year-old Asian Games medalist logged a time of 2:09.91 to score the only result under 2:12 in tonight’s field.

Olympic medalist Ryosuke Irie gifted himself a 52.59 world-leading 100m backstroke time for his 30th birthday yesterday and followed it up with a 200m back meet record this evening. Opening in 56.53 and closing in 58.82, Irie stopped the clock in a time of 1:55.35 to take the men’s 200 back by over 2 seconds.

The timeless Irie still ranks now as the #1 swimmer in the world in the event since September 1st, but his time tonight slices .20 off of his previous world-leading mark of 1:55.55 produced at the FINA Champions Series in Beijing last week.

As such, at 30 years of age, Irie tops the world rankings in both the 100m and 200m backstroke events.

Japan’s 4th fastest 100m freestyler ever on the women’s side, Rika Omoto, got it done for gold in the event this evening. The versatile 22-year-old who raced the 200m IM in Gwangju last year hit a 100m free time tonight of 54.39 to take the top prize.

To cap off the evening, 5 men dipped under the 49-second threshold in the 100m free, led by former national record holder in the event, Shinri Shioura.

Shioura staked his claim on the event early, hitting the only 48-second time of the heats with a morning swim of 48.86.

Come tonight’s final, Shioura sliced another .09 off of that time to post a gold medal-worthy 48.77. That touched just .04 ahead of domestic rival Katsumi Nakamura, who owns the JPN national record in 47.87.

Also getting under 49 seconds in the final was Masahiro Kawane, who busted out a lifetime best of 48.83, good enough for bronze.

Shioura owns a personal best of 48.35 from 2016 while Matsumoto was as quick as 48.52 just last year. For Kawane and Seki, however, the men busted out the quickest outings of their careers, with Kawane’s 48.83 now making him Japan’s 7th fastest performer, while Seki now ranks as the 8th fastest.

With 5 men already under 49 seconds in January, it’s a promising outlook for the nation to bring a relay squad into the final of the 4x100m free relay this summer.

Between 04 and 08 Japan had a great 300 medley relay. Just needed a freestyler and I feel they could have have challenged the US.

Japanese swimming is absolutely popping off. Big things ahead.

That is impressive for January