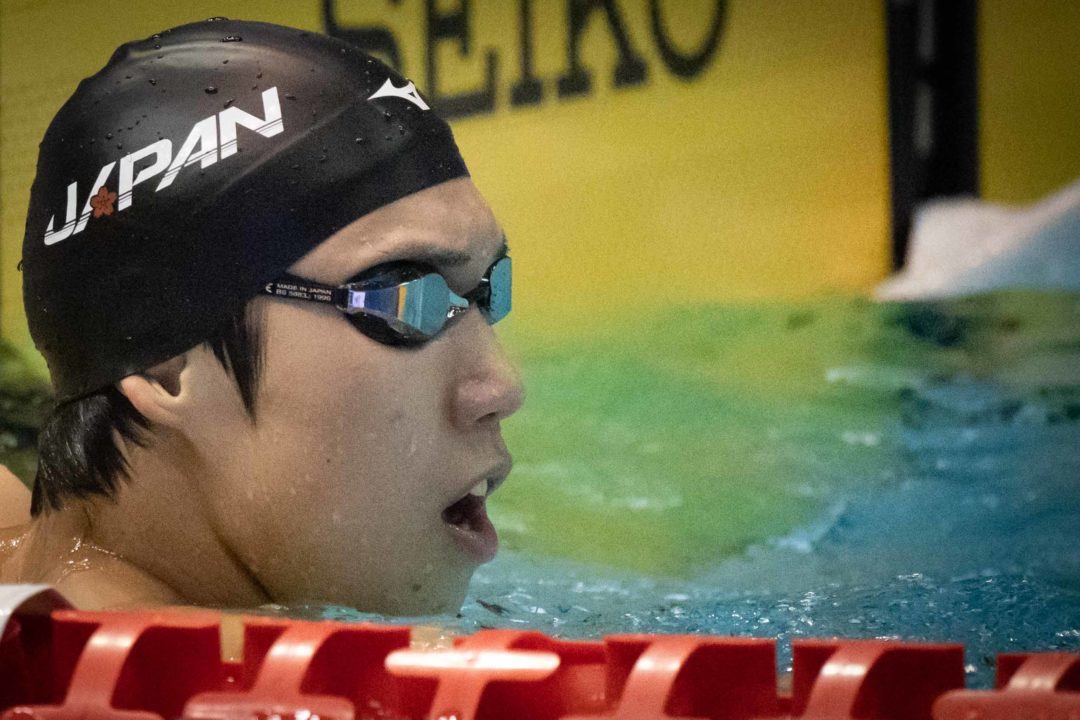 Katsuhiro Matsumoto soared to a new lifetime best and Japanese National Record time of 1:45.22 to land 2nd place tonight in Gwangju in the men's 200 free.

The men’s 200m free wasn’t immune from the drama surrounding these World Championships, whether it was Lithuanian Danas Rapsys flinching at the start for the disqualification, or British Olympian Duncan Scott‘s exchange of words with Sun Yang at the podium.

Bottom line, the man who earned silver tonight did it in style, as Katsuhiro Matsumoto soared to a new lifetime best and Japanese National Record time of 1:45.22 to land 2nd place tonight in Gwangju.

One of SwimSwam’s quiet contenders heading into Gwangju, Matsumoto entered these Championships with a personal best of 1:45.63 from the Japan Swim in April. He set himself up well throughout the rounds of this 200m free, hitting 1:46.51 for the 7th seed after heats, then produced a 1:45.56 to sit 4th, along with Scott, headed into the final.

Tonight, the Japanese maestro split 50.91/54.31 to slice .01 off of Kosuke Hagino‘s National Record of 1:45.23 that’s been on the books since 2014. Additionally, Matsumoto becomes Japan’s first-ever World Championships medalist in the men’s 200m free event.

For the continent of Asia as a whole, China and Japan both appear within the top 10 nations on the medal table, with the former holding fast at #2. Xu Jiayu and Sun Yang both collected gold medals tonight, while Wang Jianjiah earned bronze in the women’s 1500m free.

So if he gets awarded gold after Sun Yang’s September hearing, is he preselected to the Tokyo Olympics?