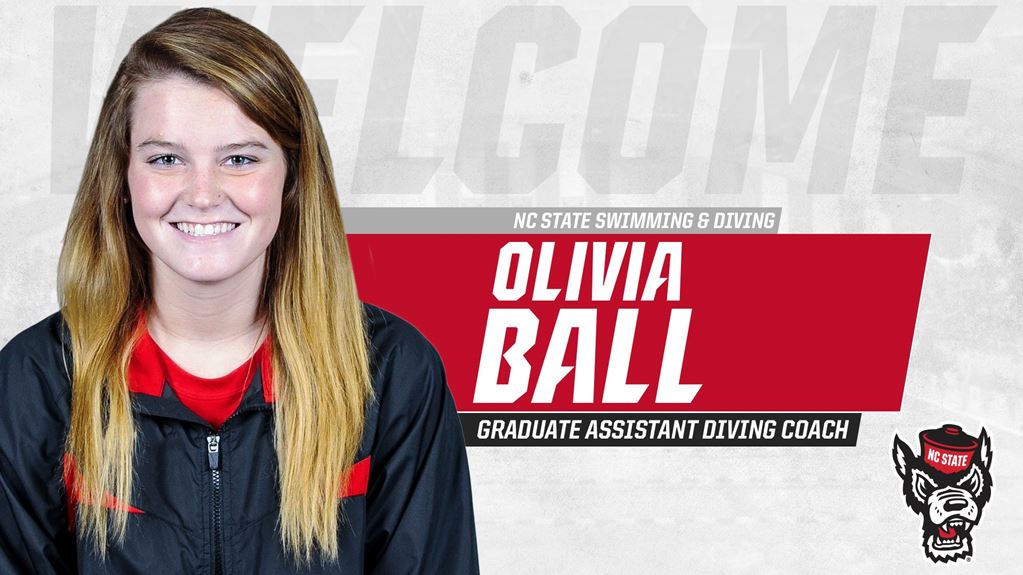 NC State has hired Olivia Ball, who was a first team All-America honoree on the one-meter at Georgia, as graduate assistant diving coach. Current photo via NC State Athletics

“We could not be more excited to have Olivia join the Wolfpack,” said Radman. “She brings loads of experience, a desire to learn and an eagerness to share her wealth of knowledge with our student-athletes. I have personally known Olivia and her family from a young age and have watched her grow in maturity and in athleticism. I’m excited to have her on the same side of the pool deck. Her impact on our divers will be immediate.”

The Powell, Ohio, native joins the Wolfpack after having spent her collegiate career as a diver at Georgia. She qualified for the NCAA Swimming & Diving Championships during all four years of action and was a member of the Lady Bulldogs squad that won a national title in 2016.

At the 2016 NCAA Championships, Ball earned the best national finish of her career as she placed seventh on one-meter. The finish earned her First Team All-America honors.

Ball secured four top-five finishes at the SEC Championships during her career, including first place on three-meter in 2015. The winning performance during her freshman campaign earned her SEC Female Freshman Diver of the Year honors and spots on the All-SEC and Freshman All-SEC squads.

A three-time high school All-American, Ball qualified for the 2012 Olympic Trials on three-meter and represented the United States at the 2011 Pan-American Junior Diving Championship.

Why is this news but Gannon and Gardner Webb and Virginia Tech have hires coaches?

We reported about Gardner-Webb’s new coaching hires 4 days ago – https://swimswam.com/gardner-webb-hires-kristina-henkel-and-travis-kiser-as-swimming-assistants/

If you’re ever looking for stories about your school, the search box at the top is a great place to start!