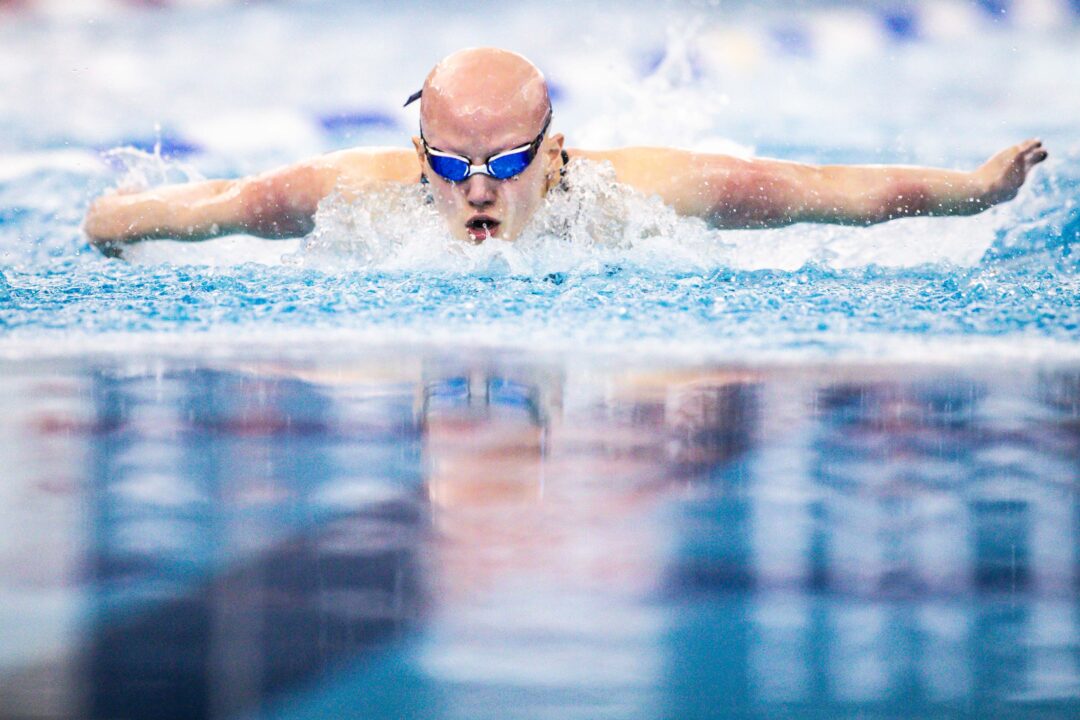 No roster cap limit issues this year, as all swimmers who qualified to make the Worlds team will be able to join Team USA in Budapest. Current photo via Jack Spitser/Spitser Photography

The final 2022 World Championships roster for Team USA doesn’t look too different after Day 5 than it did after Day 4, with only one new name added to the roster.

That name is 16 year-old Leah Hayes, who finished 2nd in the 200 IM with a National Age Group record time to lock up her spot on the World Championships team.

The other five swimmers who placed in the top two of tonight’s events were already on the roster one way or the other. Katie Ledecky unsurprisingly won the 1500, sweeping the 200-1500 free distances. Teenager Katie Grimes took 2nd behind Ledecky, and she’ll swim that event along with the 400 IM in Budapest.

Next, Alex Walsh won the 200 with a U.S. Open record time. Walsh was already on the team in the 800 free relay, but she’ll now swim an individual event in Budapest.

Finally, Torri Huske won yet another event by taking the 50 free. Erika Brown took 2nd, and she’ll swim the 50 free at Worlds along with the 400 free relay.

On the men’s side, all six spots went to swimmers who were already on the team. Bobby Finke and Charlie Clark finished 1-2 in the 800 free after doing the same in the 1500 free earlier in the week. Chase Kalisz won the 200 IM after taking 2nd in the 400 IM , while 400 IM champion Carson Foster took 2nd behind Kalisz tonight. Finally, Caeleb Dressel and Michael Andrew repeated their 1-2 finish from Olympic Trials in the 50 free, and both already have a small multitude of events they’ve qualified for.

Priority # – All 50 stroke winners qualified under Priority #1 or #2

Theoretically the team could take up to the 6th-highest eligible finisher. Realistically the selection won’t go that deep, unless a lot of swimmers decline their spot, and for now, we will just show you the swimmers that are guaranteed to make the team. We’ll work on an update tonight to show which Priority #2 swimmers are slated to make the team

* We’ve removed three swimmers who are currently slated to swim on the World team.

He appears to be representing Singapore internationally.

No 50 fly for Huske? Who’s swimming it then?

I wonder who will possibly deny their spots at Jr Pan Pacs. Jacoby may decide so as no individual Olympic champion ever went to Jr Pan Pacs. She need some rest this summer.

Nice research. I was wondering how National Teamers or Olympians (let alone medalists) would be allowed to go to a junior level meet, but it’s clear now different meets have different rules. Texas enrolls right around the time the meet is scheduled, so is it worth it to miss the beginning of college (especially if you’ve “been there, done that” to the max)? How many other kids on this list will be college freshmen? Only a handful by my glance. If you’re still in high school, it’s a no brainer. But the college transition thing is different…obviously it’s a personal decision and everyone will have a different viewpoint on what’s best for them. It will be interesting to see what… Read more »

Lydia hasn’t “been there, done that to the max.” Wasn’t Olympics her first international meet?

Kibler went to Fiji in 2018, then he enrolled in Texas later. So it is interesting to see how Jacoby decides.

I believe the boys names are Rex Maurer and Diggory Dillingham, small misspelling.

So few doubles for the Jr Pan Pac team.
Who made it for the guys 800?
If you are a Junior, you will need an A cut to make the team, there are only 6 open spots for the Girls and 5 for the guys.

So have both teams been officially announced by USA Swimming?

21 females and 20 males. Average ages 21 for females and 23 for males.
I thought there would be fewer females due to more doubles.

1
0
Reply
Asking for myself…

Wouldn’t it be Williamson in the #1 spot of the 200 IM for the Jr Pan Pac team with his 2:01.45 from tonight’s final? McDonald would be in the 2nd spot with his time based off the selection criteria if I’m reading it right?

3
-4
Reply
Robert Gibbs
Author
Reply to  Asking for myself…

I see where you could interpret the selection criteria that way, but I’m going off of the first page of the selection criteria, which says, “The results of the A, B, and C finals of the Qualifying Competition will be used (in that order) to determine the finish order for Available Swimmers.” That indicates to me that someone in the A-final will be selected ahead of someone in the B-final, regardless of time.

9
0
Reply
Asking for myself…
Reply to  Robert Gibbs

And I clearly missed that. Thanks