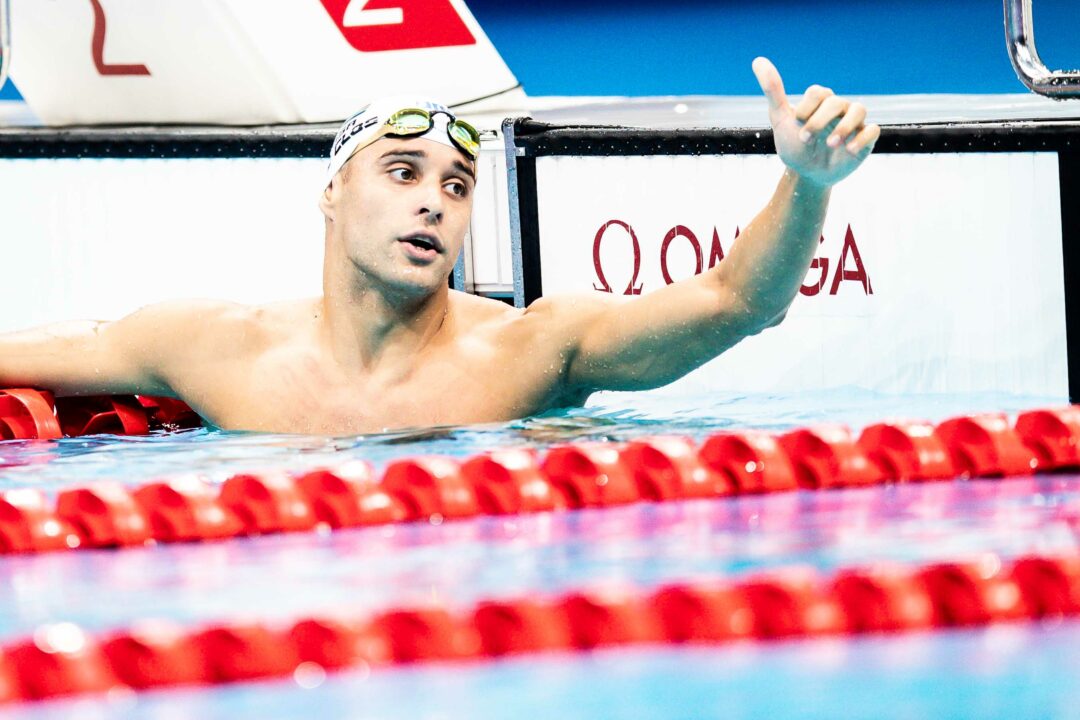 The 30-year-old who trains in Frankfurt under Dirk Lange already took the 200m fly and 50m fly on the first two days but wrapped up this competition with victories in the 100m fly and 50m free.

In the former event, Le Clos ripped a time of 49.68 to dominate the field. Opening in 22.87 and closing in 26.81, Le Clos beat the pack by nearly 2 seconds. The next closest competitor was that of Ramon Klenz who got to the wall in a mark of 51.59 as the runner-up.

Le Clos has been as fast as 48.58 already this season while racing in the FINA World cup Series, a time which ranks the South African as the #1 swimmer in the world.

In the 50m free here in Wuppertal, Le Clos stopped the clock in a time of 21.46 to earn another top prize. That outing ranks Le Clos just outside the top 5 performers in the world on the season.

The aforementioned Klenz snagged his first individual title of these championships with his victory in the men’s 200m IM. The 24-year-old athlete punched a result of 1:55.06, a new lifetime best by a large margin.

Entering this meet, Klenz’s career-quickest rested at the 1:56.05 he produced 3 years ago. As such, he knocked nearly one second off of that previous PB to remain as Germany’s 4th best performer all time.

22-year-old Angelina Kohler was another multiple-event winner over the last 2 days of these German Short Course Championships. Kohler beat out the field in both the 50m free as well as the 100m fly to add to her haul.

In the 50m free, Kohler touched in a time of 24.41, leading a trio of sub-25 second swimmers. Behind her for silver was Nina Jazy who clocked 24.53 to check in with a new German Junior Record while Jessica Felsner rounded out the top 3 in 24.65.

Kohler stopped the clock in a mark of 57.49 to then beat the women’s 1fly field by nearly 2 seconds. Kohler opened in 27.20 and brought it home in 30.29 to produce the winning time, one which checks in as the 6th fastest performance of her career.

Marek Ulrich pulled a double in backstroke, first winning the 100m distance in 52.23 before grabbing gold in the 50m sprint in 23.71.

For the women’s back, it was Laura Riedemann who took the 100m event in a time of 59.34 while visiting Austrian dynamo Caroline Pilhatsch snagged gold in the 50m in a mark of 26.59.