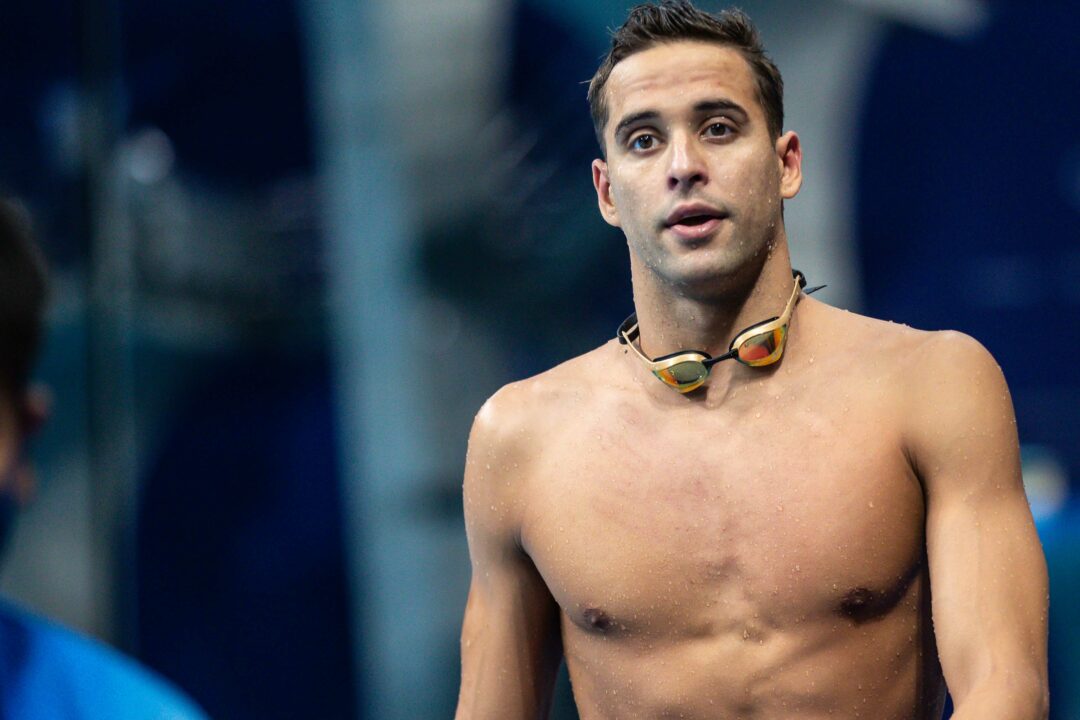 Although start lists are thus far only published for day one, we know that Marco Koch, Lisa Hopink, Lucas Matzerath, Angelina Kohler, Zoe Vogelmann, Annika Bruhn, Ramon Klenz and Ole Braunschweig are among the German racers ready to descend upon the Schwimmoper Wuppertal pool.

They’ll be joined by South African Olympic medalist Chad Le Clos, with the 30-year-old taking on his bread-and-butter 200m fly on day one of these championships. As of this summer, Le Clos trains in Frankfurt, Germany under storied coach Dirk Lange.

The training base change-up, paired with ongoing therapy to work through his mental health issues, appears to be working for Le Clos both in and out of the pool. During this year’s FINA World Cup, Le Clos fired off some of his fastest performances in 2 years, including a big-time 48.58 in the 100m fly at the Berlin stop.

A small Dutch contingent is also expected to compete at these Short Course Championships, with speedsters Thom de Boer and Maarten Brzowskowski among the entrants.