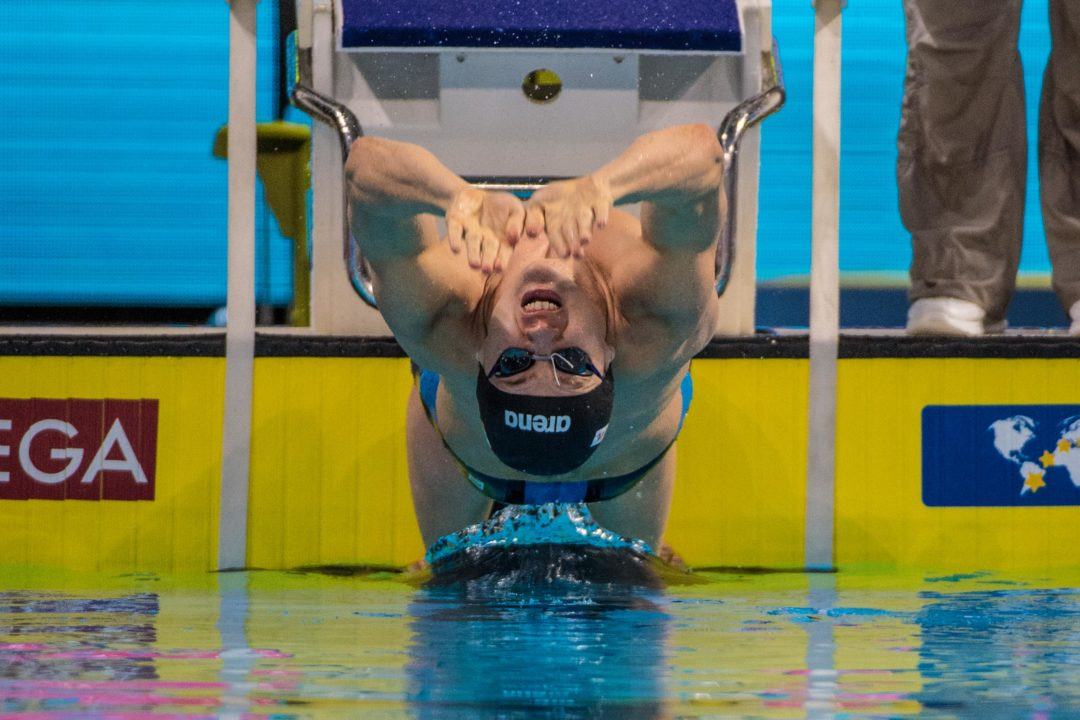 Andrey Shabasov put up a World Championship qualifying time in the 100 back on day 2 of SC Russian Nationals in Kazan. Archive photo via Mike Lewis/Ola Vista Photography

Kliment Kolesnikov won an individual event for the second consecutive day and Andrey Shabasov and Oleg Kostin both got under the Short Course World qualifying standards on day 2 of Russian Nationals in Kazan.

Kolesnikov, who won the 200 IM on day 1 in a time of 1:53.66, took the 100 back in 49.57 to get him under the Russian qualifying standard of 49.99 and earn himself a second individual event for next month’s World Championships in Hangzhou.

Kostin was the only other swimmer to dip under a qualifying time during day 2 finals in the men’s 100 breast, clocking 56.56 to slip under the standard of 56.60. He was 5th at the World Championships two years ago in 57.07, while his best time currently stands at 56.16 from this meet last year. Ilya Khomenko was the runner-up in 57.17.

Kostin’s time will be matched up against what Kirill Prigoda and Anton Chupkov (and possibly Vlad Morozov) go at the Tokyo stop of the World Cup this weekend, as they’ll be using that meet to qualify for Worlds.

Also adding their names to the World Championship roster was Mikhail Vekovishchev and Mikhail Dovgalyuk, who were 1st and 3rd in the men’s 200 free. They narrowly missed the individual standard of 1:42.50, with Vekovishchev coming in at 1:42.52, but the top-4 finishers in the 100 and 200 freestyles will be added for relay purposes.

Additionally, Anastasiia Fesikova won the women’s 100 back, but missed the standard of 57.07 in 57.44. However, any winner of a stroke 100 who didn’t hit the qualifying time will be added for relays, so she slots onto the team as well. Daria Ustinova was the runner-up in 57.69.

Below, check out the projected Russian roster for the Short Course World Championships through two days of competition. This list is subject to change, due to the fact that there’s a group of athletes who will be using the Tokyo World Cup to qualify.