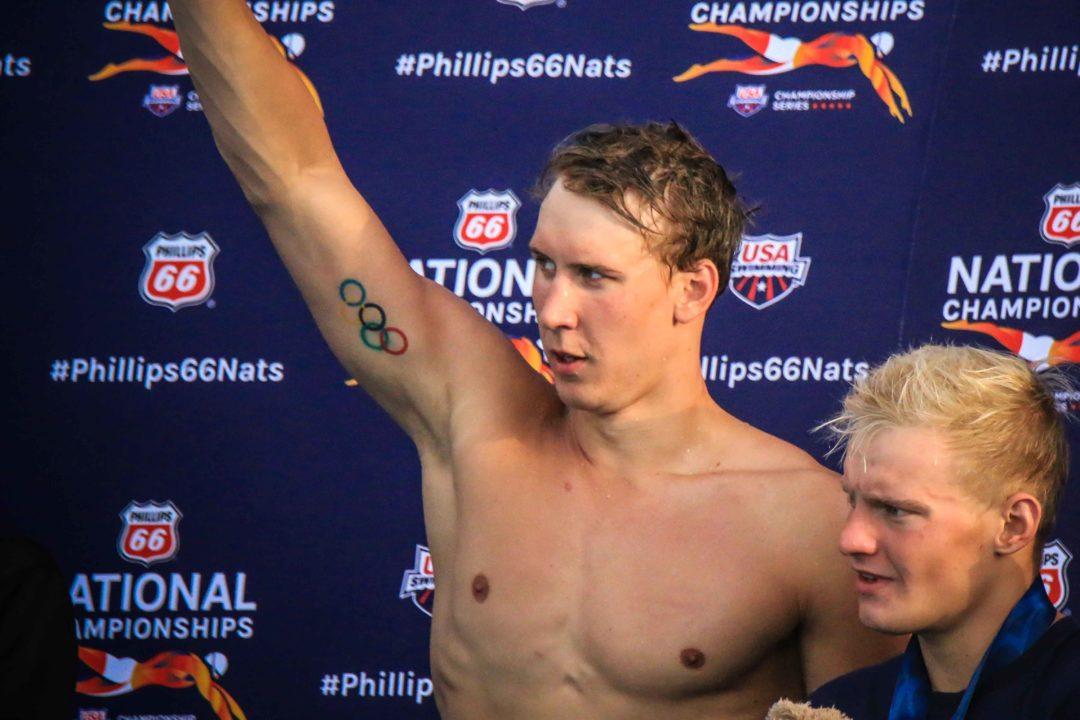 The list of athletes with signed contracts to compete at the Energy for Swim 2018 event in Italy has grown to 37, even as FINA has informed federations that the meet is not authorized. Current photo via Jack Spitser

The list of athletes with signed contracts to compete at the Energy for Swim 2018 event in Italy has grown to 37, even as FINA has informed federations that the meet is not authorized.

In the meantime, the meet has added a number of high-profile stars to its contracted roster. You can see the list below, which now includes world record-holder Adam Peaty, who signed his contract after the FINA intepretation became public.

View the full list below of confirmed athletes so far:

Maybe they just didn’t invite Asian swimmers.
The special thing about Italy is that the meet is held by Italian swimming federation. Are they going to protect their own swimmers and let others to stand out taking the consequences?😃

While nobody official with the ISL has confirmed this, what we’ve been hearing out of contacts in Asia is that Asian swimmer were invited, but that their federations have a much tighter control on their athletes, and that’s why we haven’t seen any commit yet. We may if FINA winds up clearing the meet.

Also interesting to see Russian swimmers take more actions than some teams who bashed them all the time.

Federica Pellegrini is slated to race the 200 free

If they all went, this would be quite the collective middle finger… Looking forward to this show down vs FINA!

Or if he just did it for fun

seriously this whole story sounds like the plot of space jam