2018 Energy for Swim Meet Cancelled after Negotiations Break Down 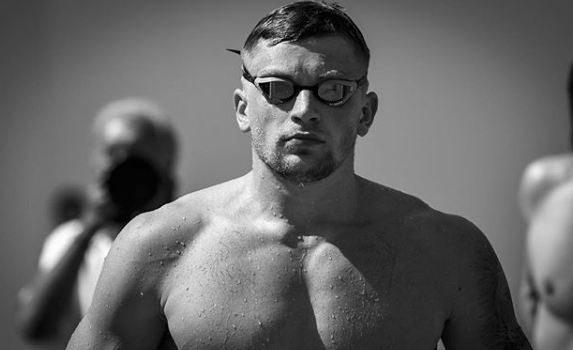 The 2018 Energy for Swim meet scheduled for December in Turin, Italy has been cancelled. The news first came on Thursday morning via Adam Peaty‘s Instagram account, where he said he was “incredibly disappointed.”

“I’m incredibly disappointed next month’s swim meet in Turin has been cancelled because of politics,” Peaty said. “As swimmers who represent our country and are passionate about our sport, we need to ask why. I firmly believe that the athletes should be at the heart of any decision made by our governing body and this is just what our sport and the athletes need. I think this is the wrong decision and it will galvanize the swimmers, not break them.”

By the terms of the agreements, athletes who have signed contracts, including most recently American Olympian Josh Prenot, who signed on Wednesday, they will still receive 50% of their appearance money. When announced earlier this year, the meet was scheduled to offer $2.1 million in prize and appearance money.

We have reached out to several athletes involved for further comment or to see if they will now attempt to scramble and race at the Short Course World Championships as a result of the cancellation.

We have also reached out to meet organizers to see if they have any plans to proceed with an anti-trust lawsuit as a result of the cancellation, as Italian attorney and law professor Stefano Bastianon says they would have a strong case, based on the International Skating Union ruling by the European Commission in a similar case. We have not yet heard back from organizers, but will respond when we do.

Organizers told SwimSwam this week that the Italian Federation, which was attempting to host the meet, was negotiating feverishly with FINA, but the cancellation indicates that those negotiations broke down.

Energy for Swim is a SwimSwam partner.

Is this about money? Such things often are.

Premise #1: More events are good because more events require infusion of more capital in the sport–whether they are commercially successful or not. Also, the likelihood of the capital coming from more sources than it does currently increases when there are more events annually.

Premise #2: Operating outside of FINA’s jurisdiction is a good thing. See premise #1

Premise #4: If we’re to see a more commercially viable sport that (1) provides more financial opportunities for swimmers and (2)… Read more »

This is only a beginning. At some point the NGB’s are going to realize that the threat of suspension isn’t going to work. When FINA and the sponsors the NGB’s are beholden to (NBC, Coke, etc.) that the athletes have awoken and make a decision to be financially secure vs. the paper tiger threat of said suspension – things will change quickly. Look at that list!!! The Olympics would be hugely affected if FINA dared to suspend everyone on that list. Suspensions would never have happened….it’s upsetting because it really looked this time as if the athletes were ready to do this and put up a fight to earn the right to have ownership over their careers.
If I… Read more »

FINA is holding back so many great athletes. The sport of swimming needs these type of events to continue pushing great collegiate athletes into the international field and not just stop after college. I hope ENERGY and honestly other countries begin making more of these fun competitions.

Hopefully swimming can grow into an actual pro sport

This was going to be a dream meet. Fina decided it was against the rules only after it realized how much more attractive it was than sanctioned meets (including short course WC). I hope someone brings the case before the competent courts and they get their ass kicked.

This is very annoying. Since when was FINA anointed a deity with the absolute authority to say when and where people can hold swim races? The swimmers should get together, find a pool, have some races, time each other with their watches, and collectively buy dinner for each winner as a prize. Basically say, “I’m a swimmer and I’ll race when I want to, where I want to, and against whom I want to.”

” and still have fun with it “

This is how we lost one more World Championships this year. The list of athletes was amazing 🙁