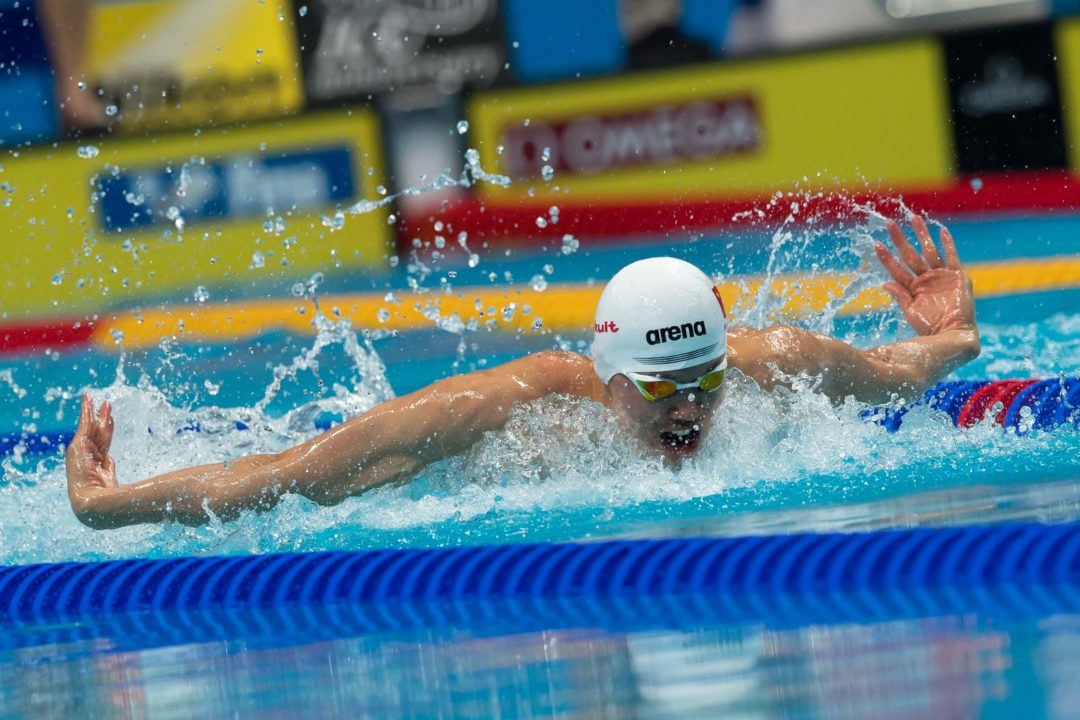 China’s Wang Shun lowered his own National Record en route to a bronze medal in the men’s 100m IM tonight in Singapore. Entering this evening’s final, Wang’s personal best and national standard stood at the 51.64 he registered at the Beijing World Cup back in 2016.

After touching in 52.70 this morning to claim his spot in the final, Wang cranked out a bronze medal-worthy effort of 51.62 to shave .02 off of his previous NR. Splits tonight for the Chinese Olympian included 24.45 and 27.17.  The gold medalist in the race was Russia’s Vlad Morozov in 50.31, while America’s Michael Andrew scored silver in 51.16.