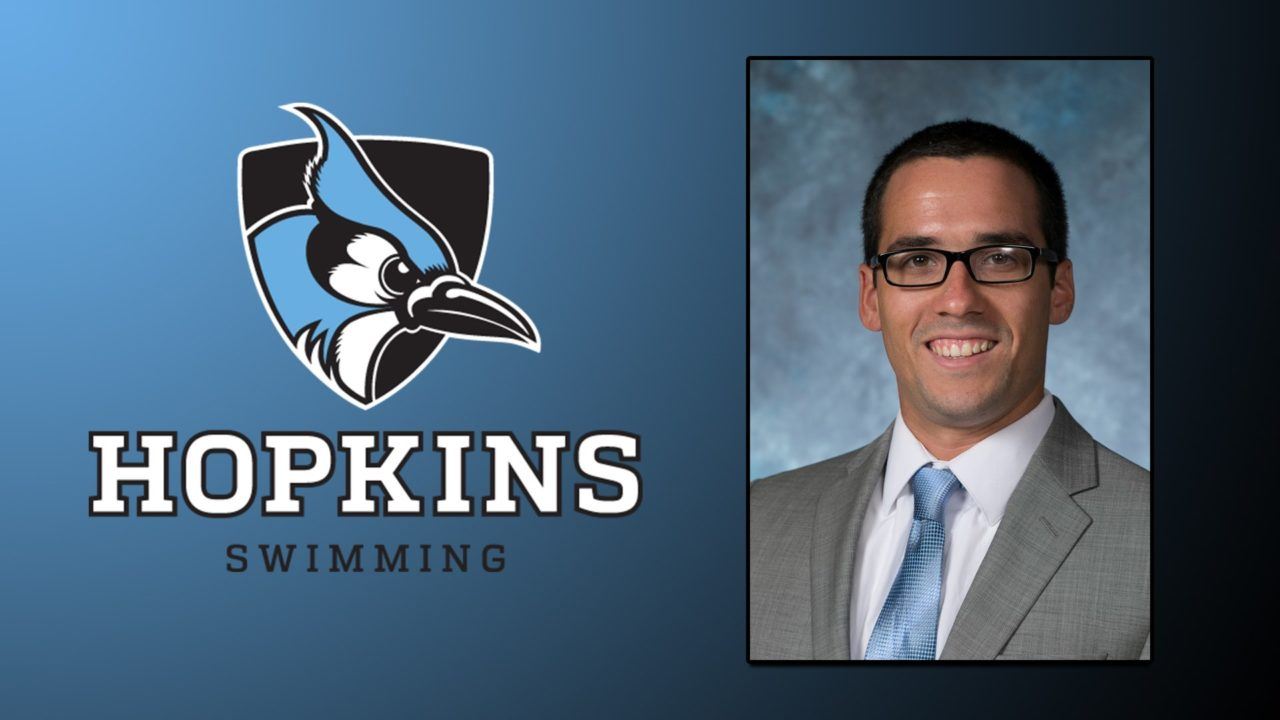 “It’s with great excitement that we get to announce Nick will be promoted to Associate Head Coach and Director of Recruiting for Johns Hopkins Swimming,” said Armstrong. “His tireless work has made myself and this team better every day and his energy is evident on the pool deck and the recruiting path.”

The men’s team has placed fourth at the NCAA Championships in each of his three seasons and JHU has produced four individual national champions. The women have placed in the top-10, including a pair of top-five finishes, during Charriez’s tenure. In addition, 34 swimmers have combined to earn 185 All-America honors and 20 team records have fallen in the last three years.

Charriez joined the Blue Jays after two years as an assistant coach at Connecticut College. In his tenure with the Camels, he coached a national champion (100 Back), 19 swimmers earned All-America honors and the men’s and women’s teams combined to break 42 school records.

Charriez was a four-year member of the Kenyon Lords swim team that won the 2013 NCAA Championship and finished second in 2011 and 2012. He was a three-time NCAA qualifier and earned All-America honors twice in the 100 Fly and once in the 200 Fly. Charriez graduated in 2013 with a Bachelor of Arts degree in mathematics.