Jim Sheehan Elected USA Swimming President of Board of Directors 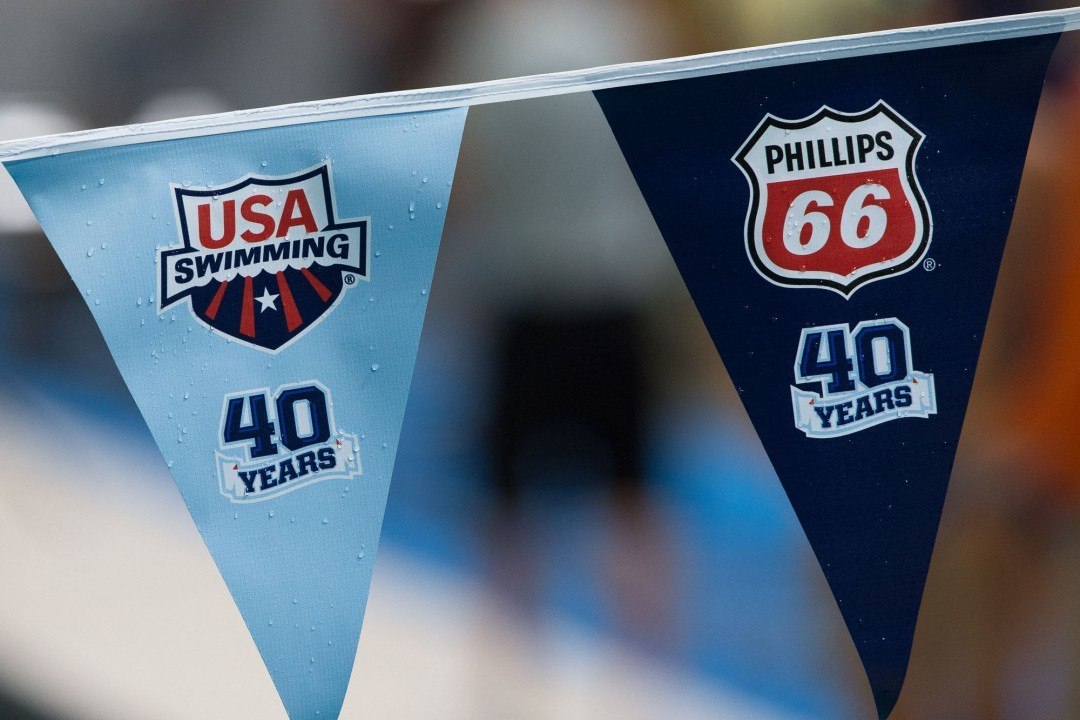 Not only were multiple members elected on the board, but USA Swimming discussed some important issue such as the proposed Safe Sport program which complies with the Victor Vieth report which has now been approved. Safe Sport is a program that’s been put in place in order to protect USA Swimming athletes.

Another topic up for discussion was the creating of a new championship meet between the Speedo Championship Series and the Speedo Junior Nationals Championships. The focal point of this new meet is to accommodate he large influx of 13&over swimmers, as they’ve increased by a remarkable 40% in numbers since 2003.

Jim Sheehan Elected USA Swimming President of Board of Directors

“I would like to thank our USA Swimming membership for allowing me to serve the amazing people involved in the greatest sport in the Olympic movement,” said Sheehan. “It’s been an honor to participate in the governance of our sport and I look forward to working with athletes, coaches, volunteers and staff to take this great organization into the future.”

A resident of Metuchen, New Jersey, Sheehan has served as Program Operations Vice President since 2010, following a four-year tenure as Officials Committee Chair. Sheehan has assisted his local New Jersey Swimming Board of Directors since 1992, first as Records Chair then a Board of Directors member. The longtime USA Swimming official has worked at the highest level of domestic and international competition such as the last four Olympic Trials – Swimming, Olympic Games, Phillips 66 Nationals, FINA World Championships, Pan Pacific Championships and Goodwill Games. Sheehan, a Rutgers University graduate, recently retired as Vice President from the Marsh & McLennan Companies after a 40-year professional career.

“USA Swimming has a legacy of incredibly talented volunteer presidents who have moved our sport forward with their focus on governance issues, policies and the general direction of the sport,” said USA Swimming Executive Director Chuck Wielgus. “Jim has a deep-rooted commitment to swimming and his experiences will help us continue to reach record membership levels, promote our sport and achieve competitive success.”

A full list of elected officers, with LSC affiliation:

A complete list of the adopted legislation/resolution will be available on USASwimming.org.

Amazing. After 55% of the membership voted to limit the number of past presidents Jim Sheehan allows 6 (yes, six) past presidents on the board. Sheehan is a lap dog for the old guard after two hours.

I agree. The fact that two of these former presidents asked Jeff Gudman to pull his name so that he would not take votes from Jim goes to show how corrupt the old guard is.

House of Delegates- WAKE UP. You would never allow a team president from 15-20 years ago to come to your board meetings and pull the strings of your president. Why do you allow it on your national governing body’s board?

I see it differently as more of his votes would go to the other candidate as they were both from the Western Zone. Check the history of elections. The past presidents don.’t pull strings that much Chou are listening to propaganda. The ad to the group the history of how the orginization got to where it is today from Snowbird and even before. Times have changed so much from the 80’s and nineties that actually if there was string pulling it comes from the National Staff in their relationship to the board and their knowledge and control thst has gone to the Office as part of the changing dynamics in size. They don’t all attend and are not as agenda… Read more »

I disagree. Zone reps are dismissed and sometimes even blackballed when they question the old guard. Ask people who have been in this position.

If past presidents are involved to share history (which they can do without being on the board and without using our dues to pay for their travel), how do you explain two of them calling Jeff and asking him to pull out of the race? That goes well beyond the lines of “sharing history”.

I do respect Mr. Gudman for standing his ground and staying in the race. We could have used someone like that as our president.