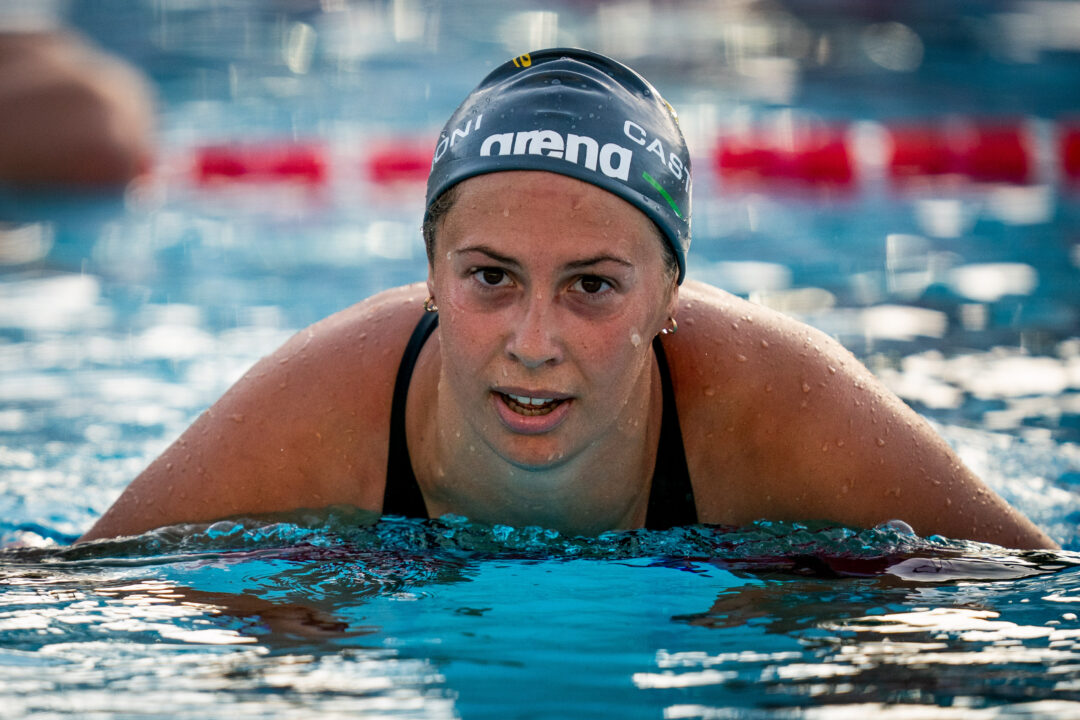 The Italian Championships are now in progress, with several Olympians moving right on from Tokyo to compete here in Rome. Archive photo via Mine Kasapoglu

The 2021 Italian Category Championships are taking place in Rome this week, with the first two days’ worth of action having already concluded. Several high-profile athletes who just competed at the 2020 Olympic Games in Tokyo, Japan are due to compete, including Arianna Castiglioni and Federico Burdisso.

As for Castiglioni, 23-year-old silver medalist from this year’s European Championships topped the women’s 100m breaststroke podium here in her post-Tokyo debut.

Today, Castiglioni opened in 31.05 and brought it home in 34.76, beating the next closest competitor by over 2 seconds.

As a testament to the depth of women’s breaststrokers in Italian swimming, despite having set the national record just weeks before the Olympic Games, Castiglioni was relegated to solely relay duty there in Tokyo.

While Castiglioni posted a swift heats split of 1:05.26 on the women’s medley relay, she was replaced by Martina Carraro come the Olympic final. Carraro raced to a slower 1:05.88 in the finals, which partially contributed to Sweden’s finishing ahead of the 6th place, although the Italians were in 6th by more than 2 seconds when all was said and done.

Representing Italy in the individual 100m breaststroke event at the Games were Carraro and Benedetta Pilato. Carraro wound up placing 6th overall in a final time of 1:06.19 while 16-year-old Pilato’s run was cut short via disqualification in the prelims.