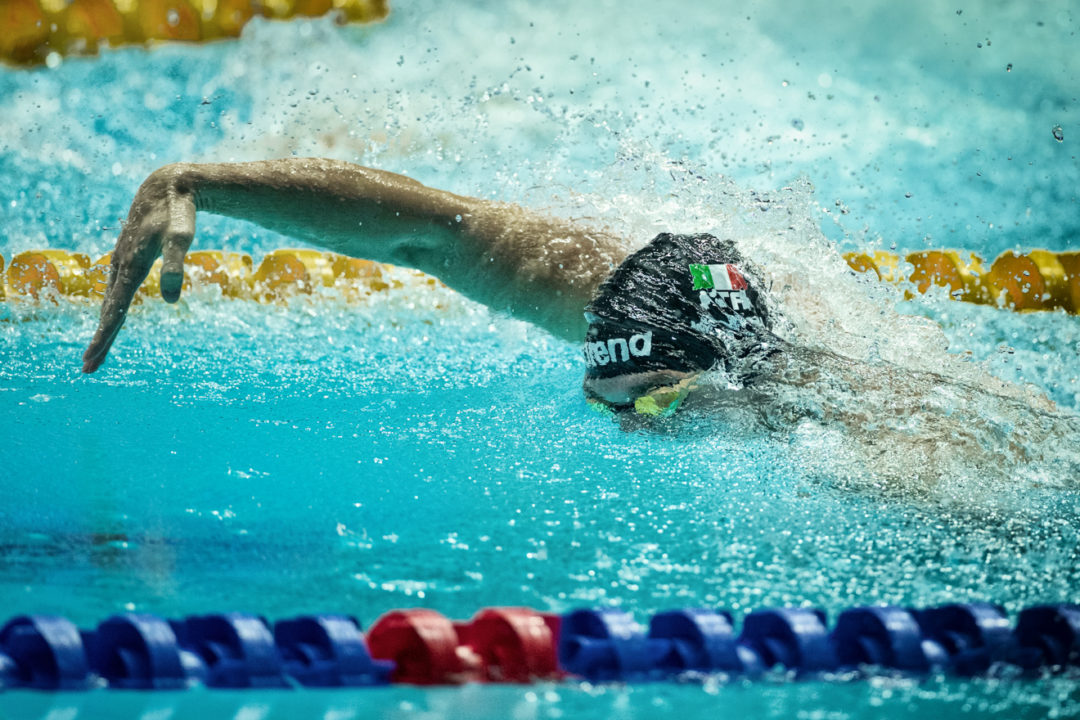 Alessandro Miressi, the Italian record-holder in the 100m free, is the top seed in the 50 free and 100 free.

Kozakiewicz took the record from Dawid Szulich who held the mark for nearly years, having set it back in 2013 with a 27.48.

The Absolute Italian Championships are set for this week in Riccione as the last major qualification meet for the Italian Olympic team. Day one begins on Wednesday with the first round of prelims.

There will be a host of names looking to join the Olympic roster with a strong meet this week, and the men’s sprints are a hotbed of talent. Alessandro Miressi, the Italian record-holder in the 100m free, is the top seed in the 50 free and 100 free. Veteran names like Luca Dotto and Federico Bocchia are seeded 2-3 in the 50 free, while younger sprint talents like Ivano Vendrame, Giovanni Izzo, Andrea Vergani, Alessandro Bori and Leonardo Deplano are all entered in the meet.

39-year-old Filippo Magnini is also racing this week after a three-year hiatus from the sport. He’ll be attending his fourth Olympics if he can qualify in his sole entry, the 100 free.

In the wake of Pilato’s rise in the international breaststroke ranks, things will get dicier for top breaststroke talents Martina Carraro and Arianna Castiglioni. Carraro is only entered in the 50 and 100 breast this weekend, while Castiglioni is swimming all three breaststroke distances, so Carraro will be banking on a big swim in the 100.

Ilaria Cusinato and Santo Condorelli are two more names to watch this week. Cusinato made headlines for joining Hungarian coach Shane Tusup‘s training group pre-COVID, but she left in late 2019 and is eyeing Olympic roster spots in the IM events and the 200 fly in Riccione. Condorelli has competed for Italy at several international meets since changing citizenship from Canada, and he’s hoping to join Team Italy in Tokyo this summer. He’s entered in the 50 free/100 free and 50 fly/100 fly this week.