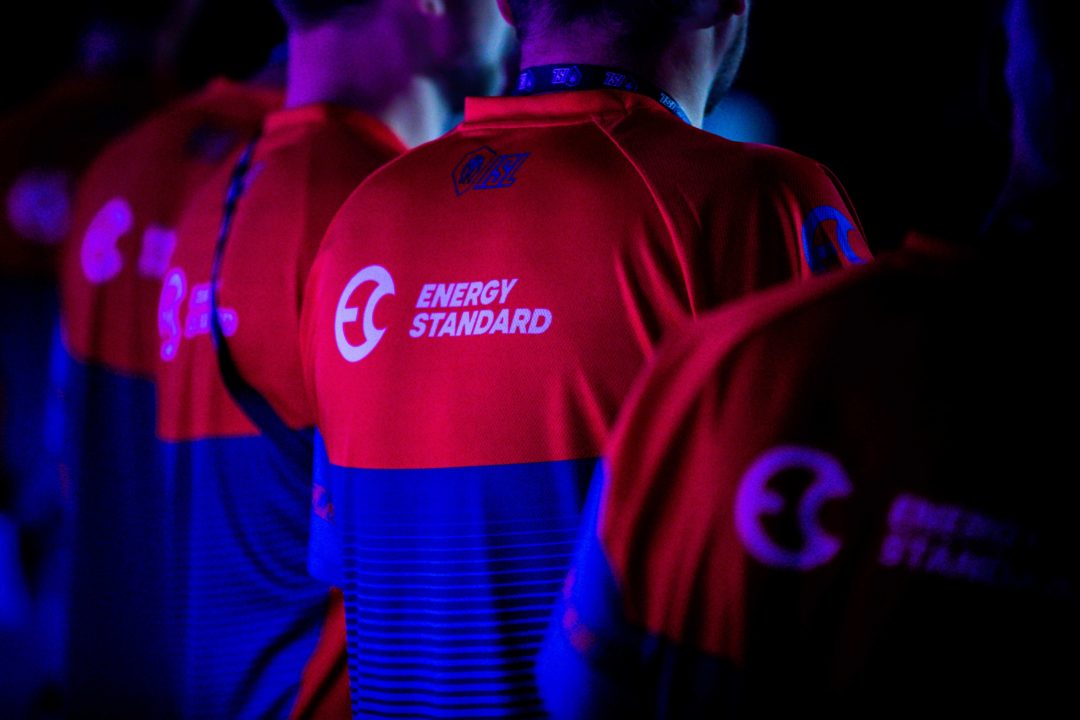 While other teams in the league benefitted far more from the swimmer draft that preceded season 3, Energy Standard's strengths are not diminished. Current photo via Jack Spitser/Spitser Photography

The International Swimming League will kick off season 3 in Naples, Italy, with a standard four-team meet on Thursday, August 26th, and Friday, August 27th. The teams competing will include Season 1 champions Energy Standard, the DC Trident, the Aqua Centurions, and Season 2 newcomers the Toronto Titans.

After finishing in the top spot in 2019, Energy Standard placed second overall in the Season 2 final in 2020. Though the other three teams have each arguably benefitted more from the first-ever swimmer draft that preceded season 3, Energy Standard’s strengths are not diminished, and the Paris-based team remains the odds-on favorite among the foursome set to square off at the Piscina Felice Scandone later this week.

The 100 butterfly is the first event on the ISL meet schedule, and it should be equally exciting for both the men and women. Louise Hansson (TOR), Maddie Groves (DC), and Sarah Sjostrom (ENS) will make for a very exciting 55 seconds or so to kick off the meet. Chad le Clos (ENS), Ryan Hoffer (DC), and Marius Kusch (TOR), meanwhile, may battle it out for the first victory in a men’s race in season 3. Hoffer, assuming he’s in the 100 fly, will be one of the most interesting stars to watch as he brings his yards prowess to the 25-meter pool. Le Clos, meanwhile, is the former world record holder in the 100 SCM fly, and he’s even out-touched Caeleb Dressel in a few ISL races.

Day 2 will feature the 50 and 200 butterfly races, and we will probably see similar “podiums” in the 50 as we do the 100. The 200 fly on the men’s side, however, is probably le Clos’ race to lose, while on the women’s side we might give the edge to DC’s Maddie Groves. Even though le Clos missed the podium in Tokyo, he’s still the 2nd-fastest all-time in the 200 SCM version of the race. Szebasztian Szabo and Leonardo de Deus will have to carry the Aqua Centurions butterfly efforts on the men’s side, while Silvia di Pietro carries the Aqua women.

Toronto’s Kylie Masse is arguably the top female backstroker in the ISL this season and will be the heavy favorite in both the 100 and 200 backstrokes in match 1, and will provide a major boost to the women’s 4 x 100 medley relay. Kathleen Dawson is the best female backstroker on the Aqua Centurions though it would be a minor upset to see her beat Masse, who will receive some support in the backstroke from teammate Michelle Coleman. Ali DeLoof and Linnea Mack are likely to be DC’s top scorers in backstroke, while Energy Standard falls back on Georgia Davies and Anastasia Shkurdai, and possibly IM’er Mary-Sophie Harvey, as they contend with a quarantined Emily Seebohm.

The men’s backstrokes will likely be dominated by Russian Energy Standard duo Evgeny Rylov and Kliment Kolesnikov. In the 2020 ISL Final, Kolesnikov broke the 100 SCM backstroke world record leading off the 4 x 100 medley relay. Rylov, meanwhile, is a newly-minted Olympic double-gold medalist having won the 100 and 200 backstrokes in Tokyo. Shane Ryan will be Toronto’s top man in the backstroke, while Radoslaw Kawecki, a draftee from the Condors, is Toronto’s best bet for a win in men’s backstroke. Realistically, it’s hard to see anyone getting past either Kolesnikov or Rylov in any of the backstrokes.

The Aqua Centurions, meanwhile, appear the preliminary emperors of the men’s breaststroke events. Between Arno Kamminga, Nicolo Martinenghi, and Fabio Scozzoli, the Centurions are stacked. Ilya Shymanovich of Energy Standard, the 100 SCM breaststroke world record holder, could win either the 50 and 100, while Anton McKee of Toronto could make the 200 breast interesting, dueling with Kamminga. Felipe Lima, also representing Energy Standard, could be a major scorer in the 50 and 100 breaststrokes. It will be interesting to see what DC’s Cody Miller can do in SCM breaststroke after taking the 2020 season off to welcome the birth of his first child. It would be a major upset for Miller to win any of the breaststroke events this week, though.

Women’s (sprint) breaststroke, meanwhile, will focus heavily on Energy Standard’s Benedetta Pilato. Pilato broke the world record in the 50 LCM breaststroke in the summer of 2021 and was extremely competitive in the 2020 ISL season. Evgeniia Chikunova has also had a stunning year and will be a huge compliment to Pilato, especially in the 200. Maria Temnikova is DC’s top female breaststroker, and could push or beat Chikunova in the 100 or 200. Chelsea Hodges and Kelsey Wog are the two to watch from DC in women’s breaststroke, while Martina Carraro provides support and possibly a mid-to-high finish for Aqua in the breaststrokes.

Expect DC to make some noise in the 50 and 100 freestyles with Zach Apple and Hoffer likely leading the charge. They will have to contend with some combination of Florent Manaudou, Kolesnikov, Rylov, and le Clos, all of whom are world-class freestyle sprinters in their own right. Furthermore, Kregor Zirk and Marco de Tullio considerably buoy Energy’s middle-distance freestyle efforts.

Energy’s Sarah Sjostrom could be dangerous in either the 50 or 100 freestyle as well, though Siobhan Haughey or Femke Heemskerk could step in for either race if needed, and possibly win. Haughey would be the favorite to win the women’s 200 freestyle, and she might also be the best bet for the 400. Kayla Sanchez will give Toronto a boost in the women’s sprint free, as will Blake Pieroni for the Toronto men. Aqua has a strong male sprint squad in Szebasztian Szabo, Alessandro Miressi, Thomas Ceccon, Marcelo Chierghini, and Vladislav Grinev. The Centurion women might have a rougher time, though. Expect Anna Hopkin and Linnea Mack to be DC’s strongest female freestylers, points-wise, this week.

DC gets a boost in the IMs from Andreas Vazaios and Jay Litherland. Vazaios is especially strong in the 100 and 200 distances, while Litherland is the recent Olympic silver medalist in the 400, albeit in long course. Kolesnikov could step into either shorter IM, but he will likely be utilized in the backstrokes and freestyles, meaning Energy will probably rely on some combination of Maxim Stupin, Andrey Zhilkin, and Tommy Cope for their men’s IM squad.

Mary-Sophie Harvey for Energy and Szuszanna Jakabos of DC could have a battle in either the 200 or 400 IM. Bailey Andison has faster personal bests than Jakabos in the IMs, and now that they’re on the same team they provide a major boost to the Trident — Jakabos is one of several big names drafted away from Energy this season.

The women’s free relay will come first and make for an interesting showdown between Energy Standard and a revamped Toronto. The men’s 4×100 free relay, meanwhile, is probably Energy’s race to lose, with Rylov, Manaudou, Kolesnikov, and le Clos. All things considered, the mixed 4×100 free relay also looks like Energy’s to lose, though some combination of Szabo, Miressi, Ceccon, Chierghini, and Grinev from the Aqua Centurions could surprise.

The Energy men are again the team to beat in the 4×100 medley relay. If they do win, they will likely choose backstroke for the 50 skins race; however, if Aqua pulls off an upset, expect a 50 breaststroke skins race to take place. The women’s 4×100 medley relay will be another interesting battle between Toronto and Energy. If Toronto wins, expect a backstroke skins; if Energy wins, it will probably be breaststroke, betting on Pilato.

Energy Standard will be without sprint free and backstroke ace Etiene Medeiros, who is out for likely the entire season with an injury.

Even with the draft, intended to help level the playing field somewhat, there will always be a team or two that stand out above the rest, and Energy Standard is one of those teams. The Aqua Centurions have a strong roster and will stand a good chance of making it to the playoffs in Eindhoven, and out of these four they’re probably the best bet for second place. Third place will be hard-fought between the Toronto Titans and DC Trident, though we give the slight edge to the Toronto Titans.

Below is a breakdown of the event schedule. Each session is broken into three blocks, each of which ends in a relay event, which is then followed by a break, though the exact length of the breaks has not been specified.

Where do you watch in the states?

But that article does not mention how to watch match one

“Mary-Sophie Harvey for Energy and Szuszanna Jakabos of DC could have a battle in either the 200 or 400 IM.”

How to watch in the us?

Isn’t there a mixed medley this year instead of mixed free? And some of the other events were shifted around.

It’s Medeiros that Energy Standard is missing not Atkinson who is London Roar.

Not usually out until closer to starting time.