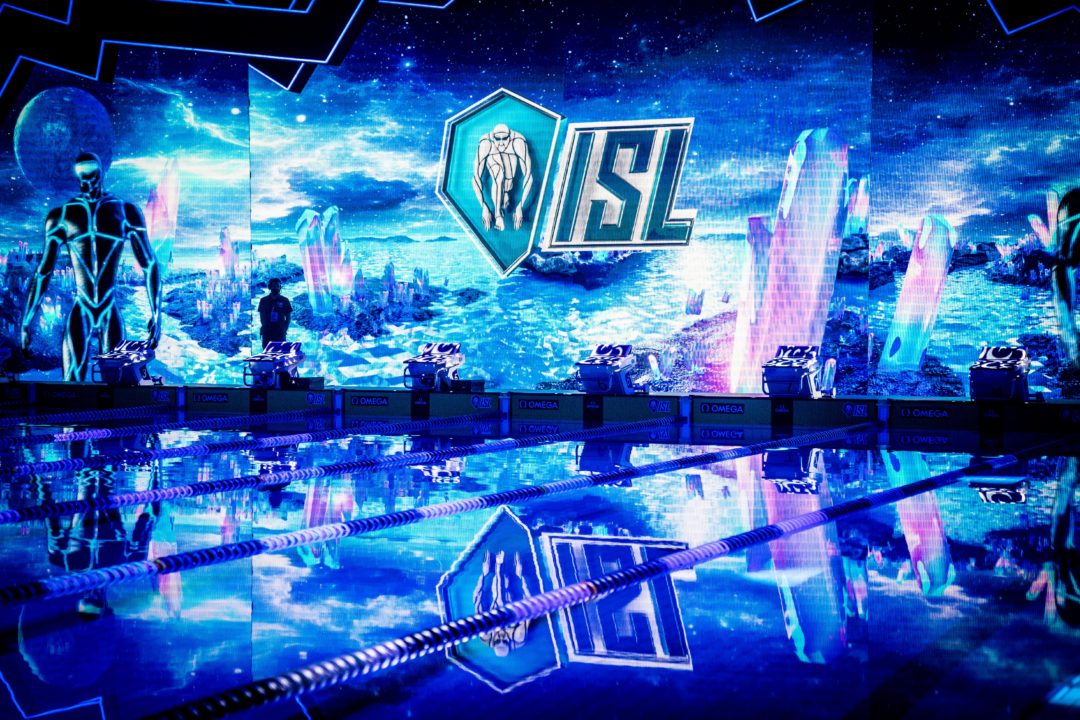 Six Season 3 matches will air on either CBS or the CBS Sports Network, including Day 2 of Match 2 on the main network this weekend. Stock photo via Mine Kasapoglu/ISL

The International Swimming League (ISL) will be back on CBS Sports for its Season 3 matches, continuing a partnership that was originally formed last year.

The ISL’s Season 3 coverage with CBS Sports will be launched for Match 2 on August 28-29, with Day 1 action airing on the CBS Sports Network and Day 2 on the main CBS network, both from 12-2 pm ET.

That match will feature the defending champion Cali Condors, along with the LA Current, Tokyo Frog Kings and NY Breakers.

A total of four regular season matches will be featured on the CBS Sports Network, matches 2, 3, 5 and 9, along with the first play-off match in November and the ISL Final.

The Grand Finale, scheduled for January 2022, will air exclusively on the CBS Sports Network for viewers in the United States.

The network is widely available through all major cable, satellite and telco distributors as well as via OTT streaming service providers YouTube TV, fuboTV, DirecTV and Hulu. Additionally, a live CBS Sports Network stream is available through www.CBSSports.com and the CBS Sports App by authenticating with select providers.

“We are extremely excited to be able to deliver live coverage of our competition to our loyal fans in its entirety through this partnership with CBS,” said ISL Founder Konstantin Grigorishin. “We are committed to building out and deepening our partnership with CBS Sports, who truly understand what the ISL is and will help us grow for the benefit of the entire swimming community.

“All ISL fans will have access through their computers, tablets and mobile devices to the entire ISL Season 3 live.”

The ISL signed a multi-year agreement with CBS prior to the beginning of Season 2 after streaming on ESPN in the United States for its inaugural campaign in 2019.

In addition to the CBS coverage, swimming fans in the U.S. can also stream all of the matches on the ISL website with a subscription.

The only other known broadcasting partner for the ISL for the upcoming season is Sky Italia for viewers in Italy.

How can I watch it in the UK

Can CBS even be watched with a VPN?

So only Italy and the US can watch the ISL this season? Is that a joke? Or can anyone get a subscription on their site? I’ve tried… but it didn’t work.

I’m on the website now and the only thing I can see is Rowdy and that other guy doing soundchecks… in Rowdy’s living room. 😀

I would like to read the T&C and the refund policy before I buy this susbscription – which can only be paid with credit card btw, no paypal etc. – but nothing happens when I click T&C or refund policy.

What about today’s meet?

Tomorrow’s Match 1 actually? The ISL website link above does not work.

Link is fixed and should be working now.

Do we know who the commentary team is 😬😬😬

Probably rowdy and the other guy they had last year

Please anyone but captain America