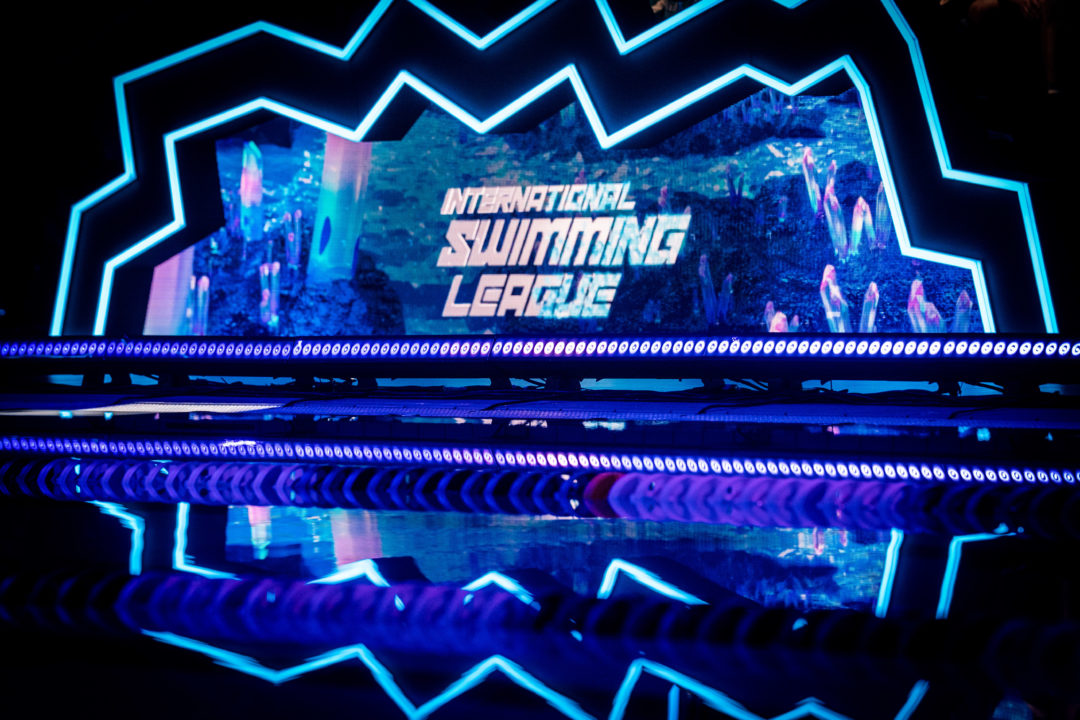 The International Swimming League has released the matchups for the first 10 matches of ISL Season 3 which will take place in Naples, Italy. Stock photo via Mine Kasapoglu

The International Swimming League has released the official schedule for the regular season of racing for its 3rd season. The regular season will take place in Naples, Italy beginning on August 26, 2021, and will last for just over a month.

Season 3 will feature the same 10 teams that took part in season 2 of the league: the 8 original teams from the first season, along with the Toronto Titans and Tokyo Frog Kings which were introduced last year.

Some important things to note about the schedule include:

The table below shows how many times each team will face each opponent this season, ordered by final rank in the 2020 season.

Other than the top 2 teams, Energy and Cali, not facing each other, the schedule does appear to be much more balanced this season than it was last season, where, for example, Energy Standard had a schedule on paper that seemed softer than other teams.

Tokyo faces a particularly difficult schedule: they face last season’s top 4 teams 7 times, which is more than any other team in the league. That’s going to be difficult with them losing many of their star swimmers from last season, and with multiple draft gaffes leaving them on an uphill battle already. They do get to see New York Breakers and Aqua Centurions twice each, though. Those are two teams expected to be at-or-near the bottom of the final league table.

After Match 11, the top 8 teams in the league will advance to the 3-week playoff phase set to take place in November 2021. Each team will compete in 6 matches during the playoff phase and from there, the 4 highest ranked teams will move on to the Grand Final. The Grand Final will occur in December 2021.

The ISL recently completed its first-ever draft during which each team was permitted to retain up to 15 swimmers from their roster. After that, 1 additional swimmer was selected for each team via a fan vote, 1 ‘ISL rookie’ was drafted to each team, and then 8-10 swimmers were drafted to each team. Following the draft, the league entered into a 30-day free-agency period in order to sign additional athletes to fill out their rosters. Check out each team’s roster ahead of the free-agency period here.

Season 3’s schedule is the most robust lineup we have seen yet for the league. During season 1, there were only 7 matches during the “regular season”, followed by the Grand Final in Las Vegas where Energy Standard came away as victors. Then in season 2, we saw a 10-match regular season, followed by 2 semi-final matches and a Grand Final. As a reminder, here’s how season 2 played out:

Is the ISL on tv anywhere??

Any clues on how you can watch the 2021 matches in Naples?

Nope, unless you live in Italy no info yet.

Thankful for Match 10 because the bottom teams don’t ever get a match where they can get the 4 points.

Also need more balance, why does ENS need to face LON 3 times and CAC 0…one of those matchups could have easily switched.

What’s the point of having so many teams and you don’t compete against ALL the teams in the regular season?

Too close to the olympics. The swimmers will just be getting back in the pool when the season starts.

LON seems like the only team that meets ENS (3 times) or CAC in every match. They had a sh-t schedule last year too.

Maybe Salo should have kept his mouth shut

Tokyo got an unfair schedule last year too. They can bolster their fortunes quite a bit if they can convince Ikee to swim ISL.

If ISL stick to their rules it’s too late to add Ikee.

Looks like they are trying to avoid a match between ENS and CAC in the regular season.

Yeah, makes no sense though.

Since they changed the playoff format, the standings from the regular season only determines who goes to playoffs because in the playoffs you are battling all the other teams, so why not give us a ENS Vs CAC match?

Do we really need to see LON get beat 3 times by ENS?