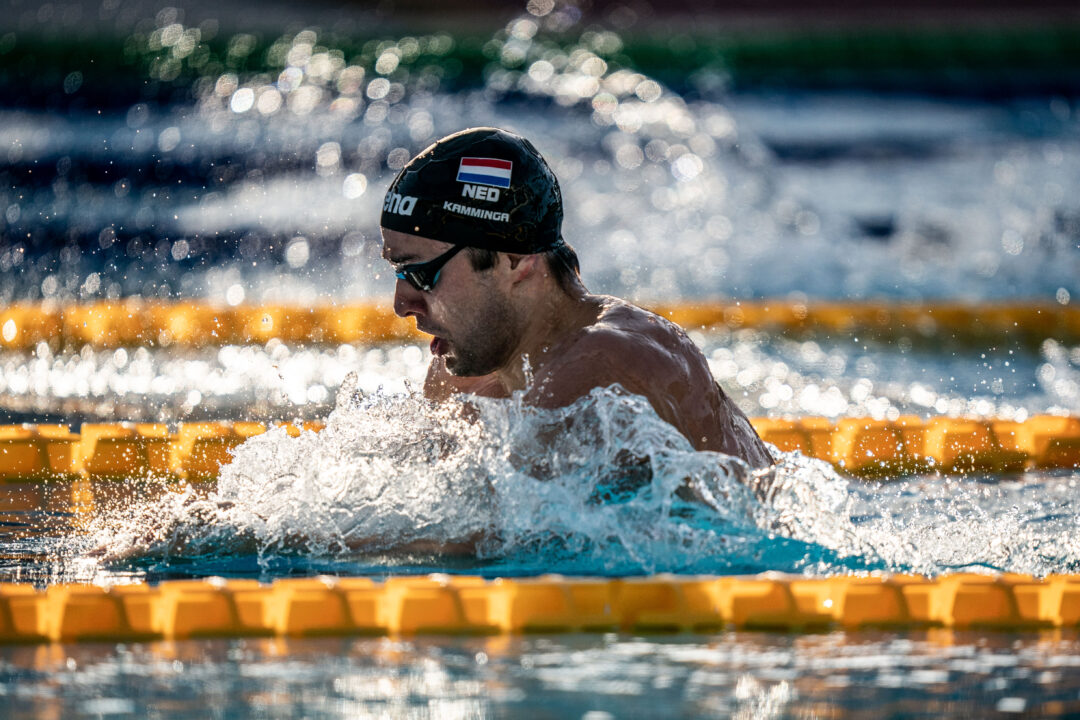 The 2021 International Swimming League draft has concluded, and we’ve got early-look rosters for all ten franchises.

You can our live draft coverage here, and can follow the full run of ISL personnel coverage in our event channel here. Teams were able to retain up to 16 athletes from previous seasons, with up to 11 more athletes drafted across a rookie round and fourteen general draft rounds.

We expect many changes to these rosters over the next few months (listed below), but these rosters do give a starting point for how each franchise will look in 2021.

Athletes are listed with their draft pick in a “Round.Pick” format. So the 5th pick of the first round would be “1.05.” The rookie-only round is listed with the letter “R” for the round.

Maybe text or email a copy to Salo

Maybe scroll the names after each swimmer is drafted or have a better system in place.

Can someone tell me if these teams are balanced

You could try and determine that by simulating a meet but it’s really impossible to know until we see how the swimmers perform. Certain swimmers that were not valuable last season because they weren’t swimming well (James Guy, Katie McLaughlin) have the potential to be extremely valuable this year, swimmers that were good in 2019 but had an iffy past year (Mallory Comerford) could either be great assets or disappointments and swimmers that improved a lot in LCM like Kathleen Dawson could be game changers if they translate those improvements.

Murez is from Israel not from USA

She swims for Israel but grew up in California USA and swam for Venice high school. At the olympics she represents Israel.

Centurions have done a good rebuilding effort, but they are still missing some pieces of the puzzle.
They desperetely need a female 200 flyer, even if they intend to put Hibbott there. They might need someone other than Dawson for 200 back, as well.
These assuming everyone picked will swim the whole season, which isn’t certain.

Yeah I agree, but I honestly think they will make the final. The retaining system helped them keep their top males, and now they can focus on females who were the issue all along for them.

Is Penny Oleksiak not swimming ISL this season? I expected to see her on the Toronto Titans roster.

Looking forward to seeing who teams put in the individual freestyles. For example, Toronto will have a tough decision between Coleman/Sanchez/Wasick who are all very similar 50/100 specialists. But perhaps, they can save Sanchez for 200 free and 100/200 IM. Energy needs to decide between Haughey/Sjostrom/Heemskerk, but there’s is more clear. Haughey 100/200), SS (50/100), Heemskerk (50/200). Crazy to think some of these swimmers will miss an individual spot yet if they were with another team e.g., Breakers or DC they would be standouts.

No. Not at all. These are professional swimmers, a major competition every 2 years is nowhere near enough of high level competing

I reckon she’s avoiding overdoing it after her injury scare.

Looks like all the Boxall coached athletes are out: no Titmus, Larkin, Harkin, Harris …