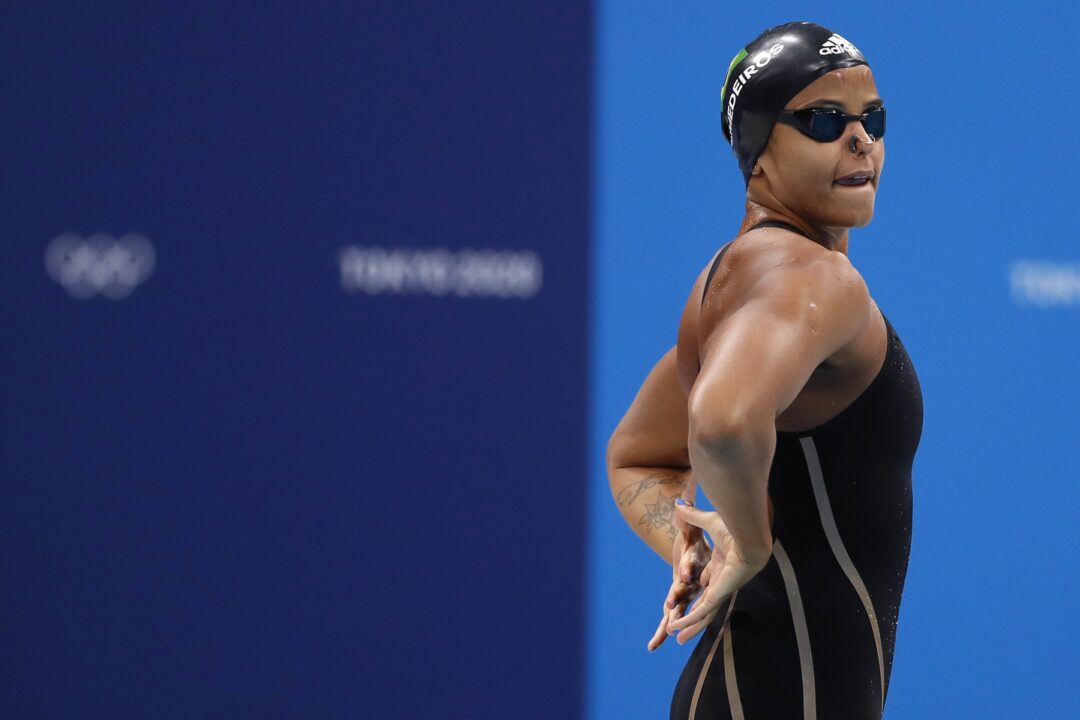 Medeiros was selected in the 10th round by Energy Standard in the 2021 ISL Draft after representing the Aqua Centurions in Season 2. Archive photo via Satiro Sodré/SSPress/CBDA

Medeiros is injured, according to a report from Brazilian outlet Best Swimming, though details are currently unknown.

The 30-year-old sprinter was expected to make her debut for her new club, Energy Standard, after the 2019 champions selected her in the 10th round of the 2021 ISL Draft back in June.

Medeiros made her ISL debut in Season 2, competing in four matches for the Aqua Centurions.

Medeiros primarily raced the women’s 50 free, 50 back and 100 back last season, and also contributed on the Centurions’ 400 free relays.

The two-time Olympian scored a total of 35.5 points, recording a pair of top-three finishes in the 50 back.

While whether or not the injury will hold Medeiros out of the entire season remains unclear, she is not on Energy Standard’s initial roster that will begin the season in Naples.

Medeiros also owns three individual LC World Championship medals in the women’s 50 back, including a gold in 2017, and won back-to-back SC World titles in the event in 2014 and 2016.

Regarded as one of the greatest Brazilian swimmers in history, Medeiros was an Olympic finalist in 2016 in the women’s 50 freestyle, placing eighth, and recently made a second straight Olympic appearance in Tokyo, finishing 29th in the same event.

SwimSwam has reached out to Medeiros for any details on the injury.