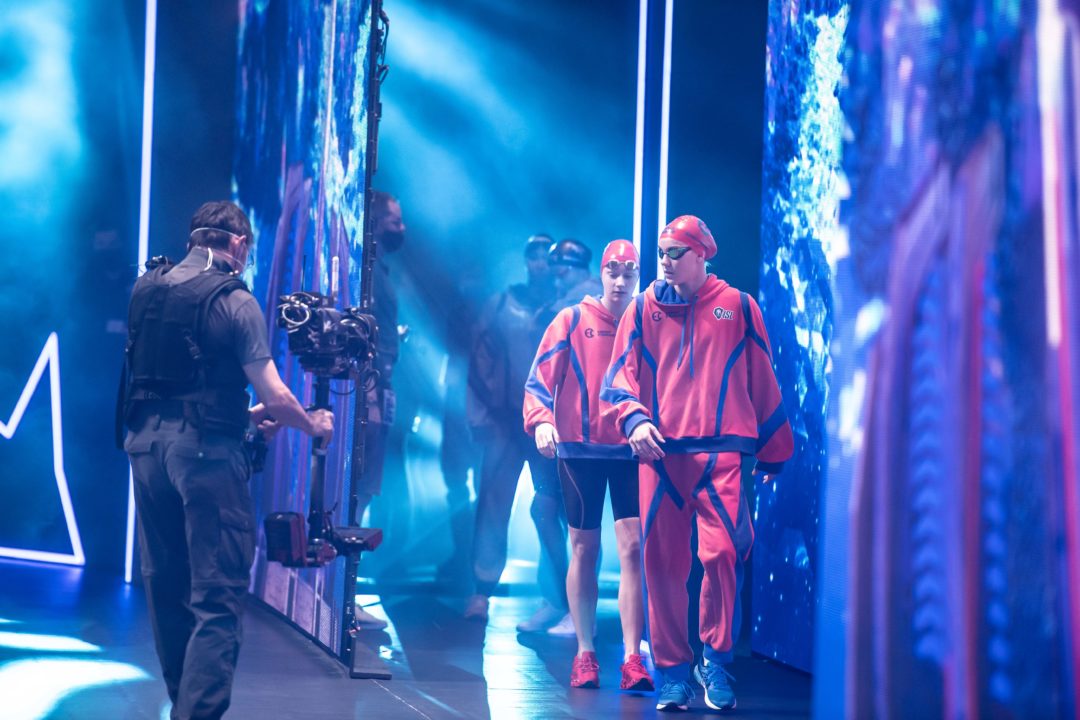 Given the way they've kept the roster mostly intact, Energy Standard is certainly a contender to come out of ISL Season 3 as champions. Stock photo via Mike Lewis/Ola Vista Photography

The first match of the 2021 International Swimming League season is tomorrow, so it’s time to look at Energy Standard’s list of the athletes they will send to Naples, Italy for their first 4 matches. Energy Standard is sending 31 swimmers to Naples, one less than the maximum 32 athletes teams are allowed to bring:

As a reminder, despite the fact that Energy Standard is sending 31 swimmers to Naples, each team is only permitted to enter 28 swimmers per meet. ENS will be among the first ISL teams to race in 2021 as they are scheduled to race at Match 1 along with DC Trident, Toronto Titans, and Aqua Centurions.

Yes, this is the case with many ISL teams, but there’s no denying Energy Standard has an elite squad.

The top of their women’s sprint group includes Sarah Sjostrom, who holds the world records in the women’s LCM 50 free, 100 free, 50 fly and 100 fly, as well as the SCM 200 free and 100 fly, Femke Heemskerk, a 6x SC World Champs individual medalist, and Siobhan Haughey, who is coming off silver-medal performances in the 100 and 200 free at the Tokyo Olympics. Sjostrom was the ISL Season 2 champion in the 50 free and 50 fly, and she finished fifth in the MVP standings.

Right up there with Sjostrom, Heemskerk, and Haughey is Anastasiya Shkurdai, who clocked lifetime bests of 23.69 in the SCM 50 free and 52.47 in the 100 free at the Belarus Open in December of 2020. Shkurdai’s rise in the 100 free will help Energy Standard as they aim to repeat as ISL champions in the women’s 400 free relay.

The women’s team is excellent in the 200 free as well, as Haughey was the ISL Final Season 2 champion in the event, and Heemskerk came in fourth. It should also be noted that while we put Sjostrom third on the depth chart in the 200 free, she’s the world record holder in the event. We put Haughey and Heemskerk ahead of Sjostrom because they both raced the 200 at last year’s ISL finals, while Sjostrom has been focusing on shorter events to this point in her ISL career.

The men’s sprint squad has Florent Manaudou and Kliment Kolesnikov heading it up.

Manaudou just won silver in the 50 free at the Tokyo Olympics, which was his third Olympic medal in the event. He also took second at last year’s ISL final in both the 50 free and 100 free. Kolesnikov only raced the 100 and 200 back individually at last year’s finals, but his best time in the 100 free would have placed him second behind only Caeleb Dressel.

Evgeny Rylov and Chad le Clos are also returning members of ENS’ 400 free relay last season, which won the event over the Cali Condors in a thriller. All four men are capable of splitting under 46 on that relay, making Energy Standard the favorites in the event as this season begins.

Men’s backstroke is also a huge strength for this team.

Kliment Kolesnikov and Evgeny Rylov make for an absolutely lethal duo, as they could possibly go 1-2 in both the 50 and 100 backstrokes. Kolesnikov is the world record-holder in the SCM 100 back, a mark which he set leading off the 400 medley relay at last season’s ISL final. He also holds the WR in the LCM 50 back. Rylov was the winner in the 2020 ISL Final in the 200 back, and more importantly, just won gold in both the 100 and 200 back at the Tokyo Olympics.

Women’s breaststroke is another area of strength for this roster.

Benedetta Pilato came in second in both the 50 breast and the 50 breast skins at the Season 2 ISL finals, touching behind only Lilly King. Pilato also came in fifth in the 100 breast in the finals. Since then, Pilato has broken King’s world record in the LCM 50 breast, signaling that she may be able to overtake King in this ISL season.

Behind Pilato are newcomer Evgeniia Chikunova and Jessica Vall, both of whom will provide depth and finals scoring potential. Chikunova’s best event is the 200 breast, which is critical to Energy Standard, as they didn’t score in the event at last year’s finals. Her personal best of 2:17.71 would have been top-five in the league last year.

ENS’ weaknesses this season stem more from a lack of depth than a lack of speed. The women’s 400 IM is one such event.

We can count of Mary-Sophie Harvey to show up big for the team, as she finished third in the event at last year’s final. However, the loss of Zsuzsanna Jakabos from last year’s roster leaves a hole for a second 400 IMer. Helena Rosenthal Bach looks like she could be used to fill that missing spot, which will be critical if Energy Standard makes it back to the finals this year.

The men’s 200 fly is another area that’s thin for the team. Again, thin is referring to the depth, because they do have the defending ISL champion in the event in Chad le Clos. Behind le Clos is Kregor Zirk, who was ENS’ second swimmer in the 200 fly at last year’s finals, where he took seventh. Le Clos and Zirk appear to be ENS’ only consistent options in the 200 fly.

From a roster standpoint, Energy Standard is more or less just running it back this year.

The losses of Pernille Blume, Emily Seebohm and Zsuzsanna Jakabos sting some for the women’s roster, but ENS has the depth to adjust and fill those holes in most events. Seebohm scored 13 points between the 100 and 200 back, and Jakabos scored 12 individual points for Energy Standard at last year’s final, which will need to be made up somewhere. However, Blume only competed on relays at the finals last year, and suddenly Anastasiya Shkurdai is looking like only a very slight step down from Blume’s speed in the 100 free.

Given the way they’ve kept the roster mostly intact, Energy Standard is certainly a contender to come out of ISL Season 3 as champions. They have title contenders in the majority of events, and they have all the potential skins races covered. Energy Standard is also among the favorites in every relay, which is critical with relay wins being worth a whopping 24 points.

Will Emily Seebohm join the team at all this season?