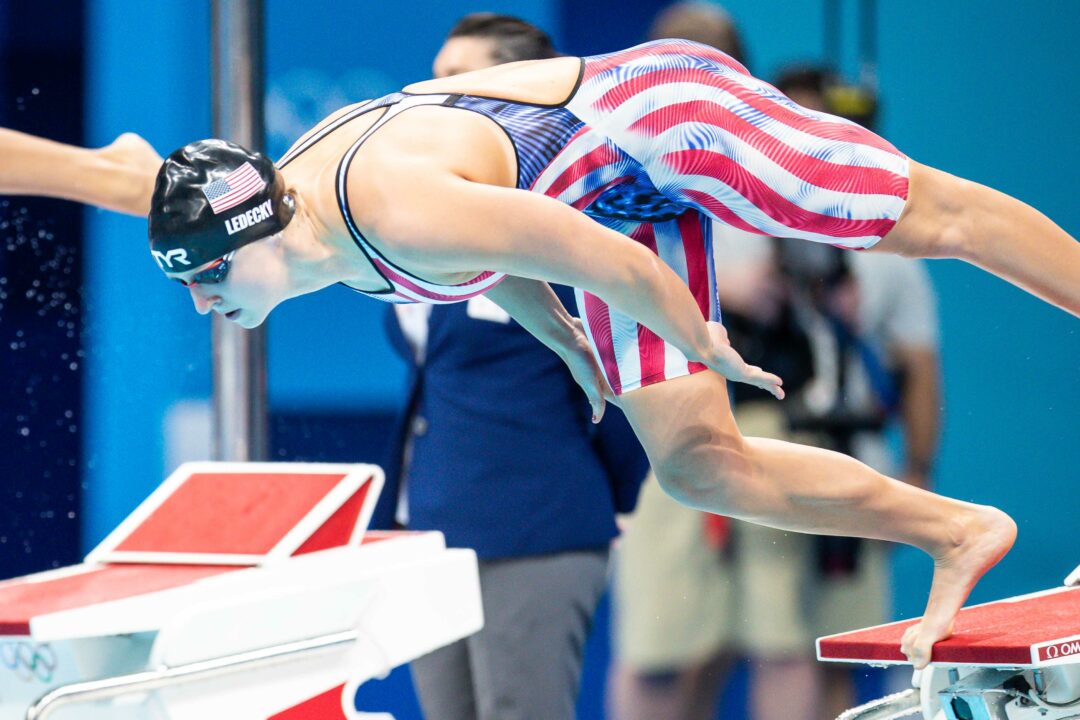 Check out SwimSwam's 2022 World Championships Fantasy Draft where we each drafted a team of 8 swimmers that we think will score big in Budapest. Archive photo via Jack Spitser/Spitser Photography

You’ve heard of fantasy football, fantasy baseball, and fantasy basketball. But fantasy swimming is not something that has exactly made its way into the mainstream. So SwimSwam podcasters Coleman Hodges, Braden Keith, Retta Race, and Ben Dornan have teamed up to bring you the 2022 version of the SwimSwam fantasy draft.

SwimSwam did a few iterations of a draft back in 2018 when our staff drafted in the “Predicting Tokyo” drafts, one for international swimmers and one for American swimmers. You can take a look at those played out 4 years ago and consider how each team stacked up at the Tokyo Games.

But in the YouTube video linked above, we present to you the 2022 draft in which all 4 GMs have drafted a team of 8 swimmers who will be racing at the 2022 Budapest World Championships. We each drafted 8 swimmers with the goal of putting together a team that will score the highest number of points based on our made-up scoring system.

But there were rules.

As explain in the video, we did a snake-style draft and drafted swimmers based on categories. Each drafter had to select one swimmer from Asia, one from Europe, one from Africa, one from North America, one from South America, one from Oceania, and two “Wild Card” picks (we originally planned to only get 1 Wild Card pick each but increased it to 2 mid-draft.

Each of us ended with a team of 8 swimmers, which you can listen for in the video or read in the chart that follows.

We’re going to follow up with this draft by applying the following scoring system at the 2022 World Championships to see who has the best team:

Check out our teams below, feel free to comment on who you think made the best picks or the worst blunders, and make sure to check back in later to check out whose team scores the best.

My comments keep getting auto-modded and I don’t know why… Anyway here’s another try:

I wrote a long analysis of each team yesterday but it seems to have been auto-modded out.

So some brief thoughts:

1. Braden: Winning this easily. Dressel is guaranteed to get the most points unless he literally doesn’t swim. MOC is possibly the highest point scorer from Aus (likely below only Kaylee) and Masse from Canada. Guy and Huske have some individual potential but also a few very likely relay medals. Very solid team overall.

I think Madi Wilson is a better pick than Kyle Chalmers at this meet. I could see her with at least 12 points, whereas it is hard to see Kyle getting more than 6.

So I see her potentially getting 11 points.

So Kyle’s best case is 9 and I don’t think it’s that likely tbh.

I wouldn’t be surprised if Madi was a heat swimmer in all 3 of those relays … and I’m not ruling out a WR in the 4×100 if they all have a blinder!

Good stuff everyone, love this feature

I picked a team of people that weren’t picked:

I was a bit stuck on Australia – Winnington and Larkin could snag some medals – but ZSC has that WR upside and maybe sneaks in a relay medal. Also was gonna pick Junxuan Yang but didn’t realize Braden had her until I went to type in my pick here, lol. Kept wavering between Wang Shun and Daiya Seto, with Honda as a longshot for Asia. (Couldn’t talk myself into another Asian athlete… Read more »

Tho I forgot there’s a mixed freestyle relay, Brooks Curry might be a better pick than Fink/Murphy/King. (They have more individual events than him, but Curry could get on 4 potential medal winning relays.)

I had a mini heart attack for Ben when I saw the CBC headline “Penny Oleksiak withdraws from…”
but phew, it is “just” for CWs!

I didn’t realize how many relays MOC was on for Australia, that really boosts Braden’s relay points. If Peaty was swimming I’d say Braden’s team would win by a billion points because of Guy snagging two medley medals, but w/o that idk.

If Armstrong has a big meet I think Coleman might win, it’ll be between him and Braden. Retta’s team was also completely saved by that Curzan pick; that last wildcard round as a whole is probably better than the actual North American picks. (Like, Liendo could easily not score while Curzan’s got nearly guaranteed points via finals relay swims.)

The female 100 free winner from any country theoretically should swim 4 relays on that alone, the only other relay being the 200. I am expecting MOC to swim the final of all 5 relays. They may drop her from either the MMR or women’s medley if they want to share the love, but I will be shocked if she swims less than 4

Totally! I can’t see them leaving MOC out of any of them, and I think that is one reason why she’s not swimming any backstroke here. I have Madi Wilson in 2 finals relays and 3 heats … MMR I total expect to be final McKeown, ZSC, Temple, MOC with heat swimmers Wilson, ZSC, Chalmers, Jack, or possibly Matt Wilson in the heat depending on how well he swims earlier in the meet.

Nic Fink is potentially a much better pick than Bobby Finke, thanks to relays.

Same with Brooks Curry, he can be on multiple winning finals relays.

Does the WR bonus apply to relays?

i think they said 2 points for the finals swimmers
around 8:40

I kind of thing we settled on 3. @Ben Borgert Dornan?

3 points seems like a lot for a relay WR. An individual WR should get 3. But it’s quite possible for a swimmer to get a relay WR without doing anything special.

If it was up to me I would say a relay WR gets 1 point, but a swimmer gets a bonus 2 points if they were fastest in the field (counting only other of their same stroke and gender). That way if someone gets a relay WR and they were the reason for it, they’ll get rewarded. But someone like an MA who is a now a WR holder despite his split being 5th fastest out of 8 doesn’t get full points.