International Swimming Hall of Fame Announces The Class Of 2015 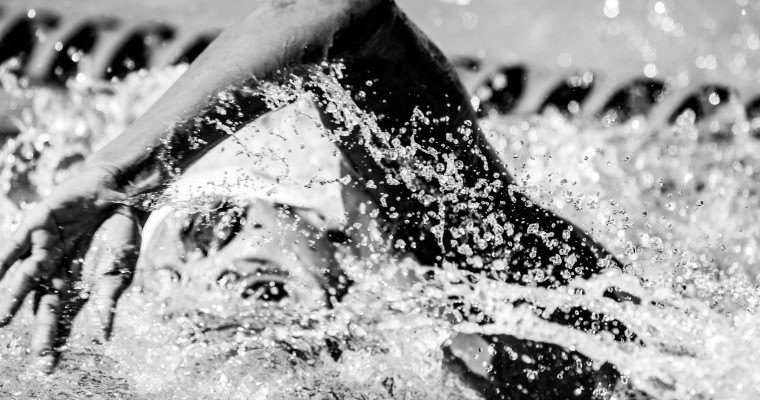 The International Swimming Hall of Fame (ISHOF) today announced finalized results of the International Selection Committee’s recommendations as approved by the Board of Directors for the Class of 2015. The Enshrinement ceremonies will be held in Santa Clara, California, June 19-21, 2015. The weekend of events will include: The ARENA/USA Swimming Grand Prix; 40th Anniversary exhibits and celebrations by participants of the 1975 II FINA World Championships, the 1975 VII Pan American Games and the 60th anniversary celebration of the 1955 II Pan American Games; the annual Paragon Awards recognizing Leaders in Aquatics.

“I want to thank Mr. Cametti and his committee for selecting a very distinguished group of individuals who well represent FINA and the world of the competitive aquatics,” said Donna de Varona, Chair of the ISHOF Board of Directors.

Born on the island of Curacao, in the Caribbean, Enith Brigitha enjoyed nearly a full decade in swimming as a bona fide star. During her heyday, she set 97 Dutch National Records and won 11 individual medals in the Olympics, World and European Championships, in an era mostly dominated by swimmers from the German Democratic Republic. She was twice named Dutch Sportswoman of the year and has the distinction of being the first person of African descent to win Olympic swimming medals.

Lao Lishi, born December 12,1987 in Zhanjiang, Guangdong is a female diver from the People s Republic of China. Lao represented China at the 2004 Summer Olympics, earning a silver medal in the 10 meter women s platform and a gold medal in women s 10 meter synchronized platform along with Li Ting. An entrepreneur today, she recently rang the bell at the NY Stock Exchange for the firm Alibaba when it went public.

Anastasia Ermakova is a four-time Olympic champion, winning four gold medals in duet and team events at the 2004 and 2008 Olympic Games. She is one of the most decorated synchronized swimmers in history with a combined twelve gold and two silver medals in major international competition from 2003 to 2010.

One of the legendary names in the sport of Water Polo, Ivo Trumbic was Born in Split, Croatia. He played water polo for the Yugoslavian National Team winning the silver medal at the 1964 Olympic Games in Tokyo and improving to the gold medal at 1968 Olympic Games in Mexico City. Eight years later he coached the team from Holland to a bronze medal.

In her prime, Irene Van Der Laan was one of the fastest and most durable marathon swimmers in the world. Having competed in over 200 marathon swimming competitions during her career, she has arguably competed over a greater distance in the water than anyone in history.

As the head swimming coach at Stanford University, from 1960 to 1980, Jim Gaughran trained 26 Olympic swimmers who won eight gold, two silver and five bronze medals. This number might have been much higher but for the American boycott of the 1980 Moscow Olympic Games. Perhaps of greater historical significance was his role as head of the delegation for the first American team to visit China in 1973 – which helped pave the way for normalization of relations between the two nations and the re-entry of China into FINA family and the Olympic movement.

An assistant coach to the legendary Doc Cousilman, Don Watson became one of the most successful high-school swimming coaches in history, producing swimmers who earned 167 High school All-America, 4 Olympic medals and multiple world professional marathon swimming titles. Watson was voted Coach of the Year by the American Swimming Coaches Association in 1970 and served as USA Team coach or manager at six major international competitions. For 24 years, Don was the Director of the University of Texas Swimming Stadium and the Longhorn Aquatic Swim Club, where he collaborated with Hall of Fame coaches Eddie Reese, Paul Bergen, Richard Quick and Mark Schubert. He joins three of his swimmers, John Kinsella, Sandra Bucha and Gold Medallion recipient Bob Dudley in the Hall of Fame.

Masako Kaneka has been the driving force in developing and maintaining Japan’s synchronized swimming prominence in the world. From 1982, when she was the National Team Coach and Director for Japan, to the present, she has coached or been team leader of almost every competition in which Japan has competed. She coached swimmers to medals in every Olympic Games from 1984 (synchro’s first Olympics) to 2004 and had medal winners in every World Championships from 1978 to 2007. Her 40 years coaching in Japan have earned her many awards including the Women’s Sports Order from the International Olympic Committee.

Bartolo Consolo s career in swimming and water polo has been outstanding since beginning as a young swimmer and water polo player, before advancing to the leader of his hometown clubs Rani Nantes Perugia and Club AS Roma and to a leader of International significance. In 1990, he was elected to the first of four terms as LEN President and is now LEN Honorary President for Life. In 1992 he was elected Vice-President of FINA and served two terms as FINA Honorary Secretary from 2000 to 2009 and continues today as immediate past Honorary Secretary of FINA. More recently, and one of his proudest accomplishments, is his effort to popularize youth water polo in Europe through the “Haba Waba” youth water polo festival.

Liang Boxi is considered the Father of Diving in China. Born in Guangdong in 1938, he practiced gymnastics, track, swimming and diving as a youngster and won the first National Diving championships (1955) in the 3m springboard followed in 1957 by the 10m platform and 3m springboard event. At the 1963 Indonesia Games, Boxi won from a total of 15 other nations. However, in 1966, the Chinese government put a halt to all competitive sports. In 1972, Boxi led a revival of the diving program that has developed into the top diving nation in the world today.

At age of 32, Karlyn began setting FINA Masters World Records on a steady basis and now, in the 50-54 age group, she has set 203 of them in the backstroke, freestyle, butterfly and Individual Medley. She has established more number one rankings than any other Masters swimmer in history, male or female. She competed at the 1994, 2006, 2008 and 2012 FINA Masters World Championships winning all fifteen events she entered. Aside from competing, she is most proud of using her Red Cross Lifeguard/CPR instructor training to earn a medal and Certificate of Merit for saving the life of a drowning person from the American Red Cross.

The International Swimming Hall of Fame & Museum was established in 1965 as a not-for-profit educational organization in the City of Fort Lauderdale, Florida and was recognized by FINA, the international governing body for the Olympic aquatic sports, in 1968. The Mission of ISHOF is to PRESERVE and CELEBRATE aquatic history, to EDUCATE the general public about the importance of swimming as the key to water safety, drowning prevention, better health and a better quality of life, and to INSPIRE everyone to swim. ISHOF’s collection of swimming memorabilia, art, photos and films, along with archival documents and rare books in the Henning Library, make ISHOF the premier repository and academic research resource for swimming and aquatic history in the world.

This is release was provided to SwimSwam courtesy of ISHOF.