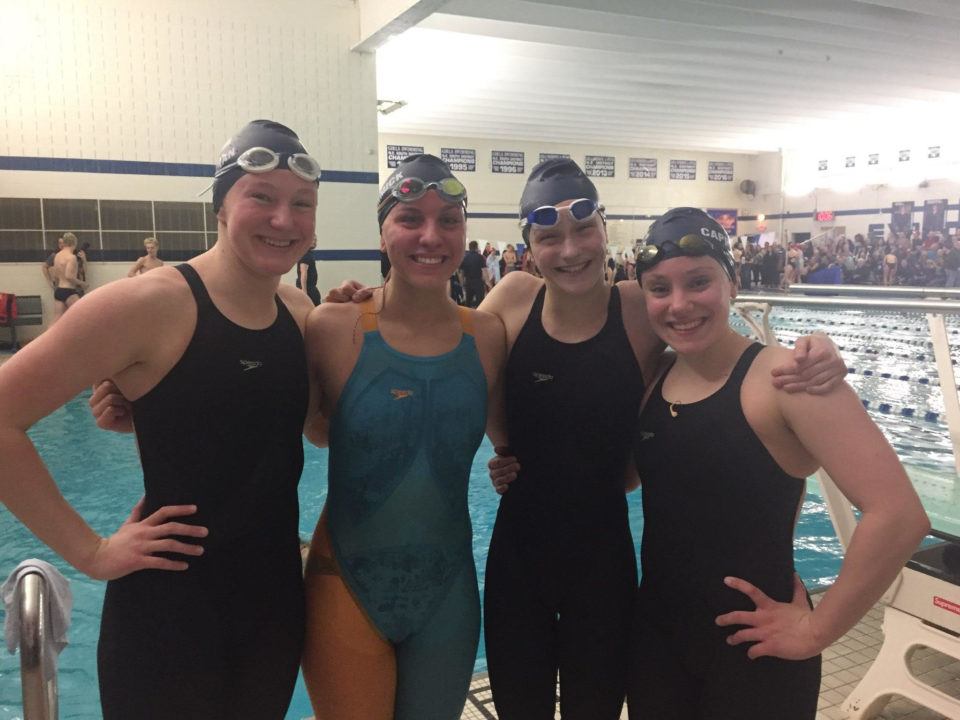 The team of Giovanna Cappabianca, Paige McCormick, Maddie Hannan, and Mackenzie Dewitt combined for a 1:57.02. That broke the old record of 1:58.18 set by another Ohio school, Hoover High, in February of 2017. All 4 members of Hudson High School’s relay are underclassmen – Hannan is a junior, McCormick and Cappabianca are sophomores, and the anchor Dewitt is just a freshman.

This was a true team effort – each leg was faster than their counterpart on Hoover’s previous record-setting relay:

Short course meters is not the traditional high school course in the United States – most competition is done in short course yards. none-the-less, with a few short course meters pools around, the National Interscholastic Swimming Coaches Association (NISCA) still maintains national records for 25m pools. The 2017-2018 season has been a year-long assault on these records, which had remained stagnant for a while until now. At least 8 short course meters records have been broken nationally this season.

The Baylor School in Chattanooga, Tennessee still has the Independent and Overall High School Records in the event with a 1:54.44 from 2008.

Congratulations to the swimmers, Coach Matt and his staff! #FastSuitFebruary